Stranger Than Paradise is a 1984 American absurdist/deadpan comedy film. It was written and directed by Jim Jarmusch and stars jazz musician John Lurie, former Sonic Youth drummer-turned-actor Richard Edson, and Hungarian-born actress Eszter Balint. The film features a minimalist plot in which the main character, self-identified “hipster” Willie (John Lurie), has a cousin from Hungary, Eva (Eszter Balint), stay with him for ten days before going to Cleveland. Willie and his friend Eddie (Richard Edson) eventually go to Cleveland to visit Eva.

Writer and director Jim Jarmusch had initially shot his first feature, Permanent Vacation (1980) as his final thesis while at New York University’s film school, and spent the following four years making Stranger than Paradise. At NYU, he had studied under iconic director Nicholas Ray, who had brought him along as his personal assistant for the production of Lightning over Water, a portrait of Ray that was being filmed by Wim Wenders. It was Wenders who granted Jarmusch the leftover film stock from his subsequent film The State of Things (1982) that would enable the young director to shoot the 30-minute short subject film that would become Stranger Than Paradise. This short was released as a standalone film in 1982, and shown as “Stranger Than Paradise” at the 1983 International Film Festival Rotterdam. When it was later expanded into a three-act feature, that name was appropriated for the feature itself, and the initial segment was renamed “The New World”.

Stranger Than Paradise broke many conventions of traditional Hollywood filmmaking, and became a landmark work in modern independent film. According to Allmovie, it is “one of the most influential movies of the 1980s”, and cast “a wide shadow over the new generation of independent American filmmakers to come. It is cited for giving “an early example of the low-budget independent wave that would dominate the cinematic marketplace a decade later.” The success of the film accorded Jarmusch a certain iconic status within arthouse cinema, as an idiosyncratic and uncompromising auteur exuding the aura of urban cool embodied by downtown Manhattan. In 2002, Stranger Than Paradise was selected for preservation in the United States National Film Registry by the Library of Congress as being “culturally, historically, or aesthetically significant”.

The first section is set in the bare Lower East Side apartment of Willie, who is forced to take in Eva, his 16-year-old cousin from Budapest, for ten days. The joke here is the basic joke of the whole movie. It’s in what Willie doesn’t do: he doesn’t offer her food or drink, or ask her any questions about life in Hungary or her trip; he doesn’t offer to show her the city, or even supply her with sheets for her bed. Then Eddie comes in, even further down on the lumpen scale. Willie bets on the horses; Eddie bets on dog races. Eva, who never gets to see more of New York than the drab, anonymous looking area where Willie lives, goes off to Cleveland to stay with Aunt Lotte and work at a hot-dog stand. And when Willie and Eddie go to see her, all they see is an icy wasteland – slums and desolation – and Eddie says ‘You know it’s funny. You come to someplace new, and everything looks just the same.’ The film has something of the same bombed-out listlessness as Paul Morrissey‘s 1970 Trash – it’s Trash without sex or transvestism. The images are so emptied out that Jarmusch makes you notice every tiny, grungy detail. And those black-outs have something of the effect of Samuel Beckett‘s pauses: they make us look more intently, as Beckett makes us listen more intently. 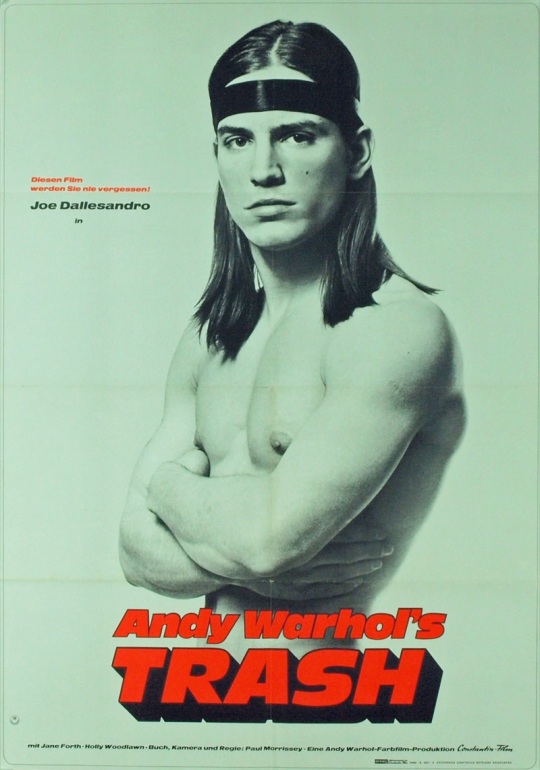