Das Stunden-Buch (The Book of Hours) was written between 1899 and 1903 in three parts, and first published in Leipzig by Insel Verlag in April 1905. With its dreamy, melodic expression and neo-Romantic mood, it stands, along with ‘The Lay of the Love and Death of Christoph Cornet’, as the most important of Rainer Maria Rilke‘s early works.

The work, dedicated to Lou Andreas-Salome, is his first through-composed cycle, which established his reputation as a religious poet, culminating in the poet’s Duino Elegies.

In arresting language, using a turn-of-the-century Art Nouveau aesthetic, Rilke displayed a wide range of his poetic apparatus. The suggestive musicality of his verses developed into the hallmark of his later lyric poetry, to mixed criticism.

It consists of three sections with common themes relating to St. Francis and the Christian search for God.

The collective title comes from the book of hours, a type of illuminated breviary popular in France in the later Middle Ages. These prayer and worship books were often decorated with illumination and so combined religious edification with art. They contained prayers for different times of the day and were designed to structure the day through regular devotion to God.

The work is influenced by Friedrich Nietzsche and contemporaneous philosophical ideas, and shows Rilke’s search for a meaningful basis for living, which he identifies as a pantheistic God.

Rilke’s journeys to Russia in the summer of 1899 and 1900 form the biographical background to the work. He undertook these with Lou Andreas-Salome, and began work on the cycle after their conclusion. The vastness of Russia, the fervent devotion of its peasantry to their Orthodox religion, and its culture little touched by Western civilization – all formed a backdrop which, deepened by personal encounters with Leonid Pasternak and the renowned Leo Tolstoy, developed over time into a spiritual home. As he wrote retrospectively twenty years later, the country had revealed to him “the brotherhood and the darkness of God”. 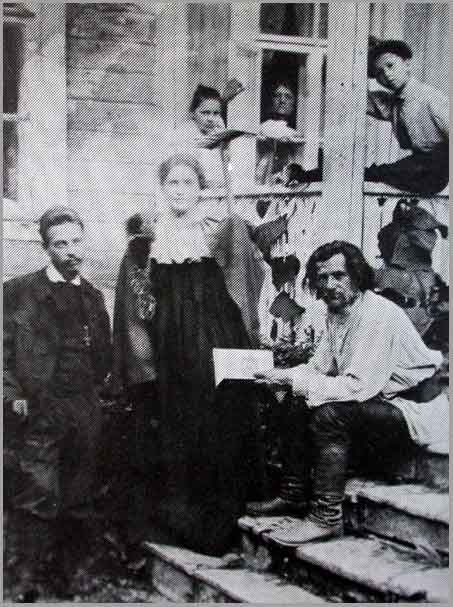 As Rainer Maria Rilke approached his 50th birthday, he was frequently asked to name influences on his career and literary work. In 1924, in response to a letter from the Swiss literary historian Alfred Schaer, Rilke mentioned to the Russian writer Aleksandr Pushkin, Mikhail Lermontov, Nikolai Nekrasov, Ivan Turgenev, and Afanasij Fet. The name of Leo Tolstoy was conspicuously absent from his list. Several months later, in his answer to another biographical inquiry, he flatly denied that Tolstoy had had any literary effect on him whatsoever. Tolstoy’s role was a strictly cultural one, Rilke explained, and it would have been false to attribute to his visits with the Russian novelist any influence on his work at that time. Tolstoy, after all, only confirmed the discovery of Russia which became decisive to him. Tolstoy’s image captivated Rilke’s imagination as an artist who was struggling against his own creative genius.

Rainer Maria Rilke expressed resentment of Tolstoy’s moralizing aesthetics and failed to produce a monograph or an essay about the Russian novelist. Nonetheless, Tolstoy’s role was consequential: he provided Rilke with an anti-model for living and writing. After years of anxiety and indecision, Rilke became reconciled with Tolstoy in the fictional images of his novel Die Aufzeichnungen des Malte Laurids Brigge (The Notebooks of Malte Laurids Brigge). Maxim Gorky‘s literary memoirs helped him articulate those feelings more precisely, and only as an established writer was Rilke able to find a compromise between his filial affection for Tolstoy the artist and his rejection of Tolstoy the preacher.

Lou Andreas-Salomé’s memoir Lebensrückblick (1931-33) corroborated Rilke’s assertions. She recalled that at the time to their travels in Russia, Tolstoy served as an archetype of the “eternal Russian” (der ewige Russe) and that his role was primarily symbolic. The image of the novelist formed for them, so to speak, a point of entry into Russia.

Despite Rilke’s public denials of Tolstoy’s importance for his work, he privately spoke about the Russian master in reverential tones. He was young and diffident at the time of his journeys with Andreas-Salomé and had no access to the language in which he which he could convincingly explain the complex phenomenon of Tolstoy’s personality and its impact.

Jeannette Montgomery Barron was born in 1956 in Atlanta Georgia and studied at the International Center of Photography in New York. She became known for her portraits of the New York art world in the 1980s. 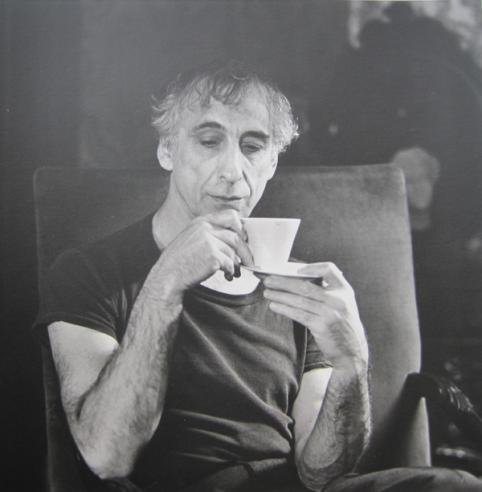 Salomé, one of the members of the art group Junge Wilde (Wild Youth) 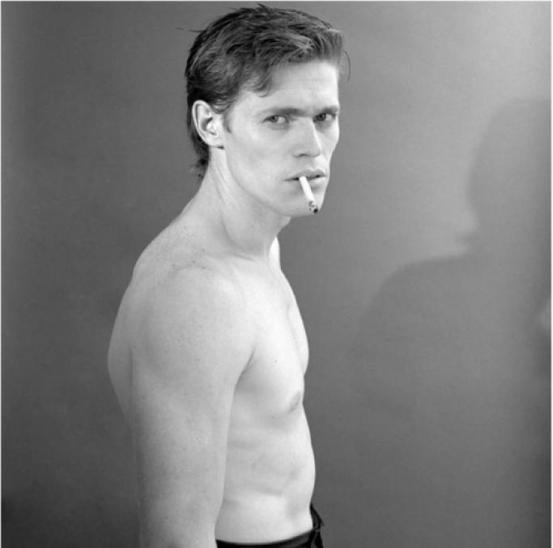 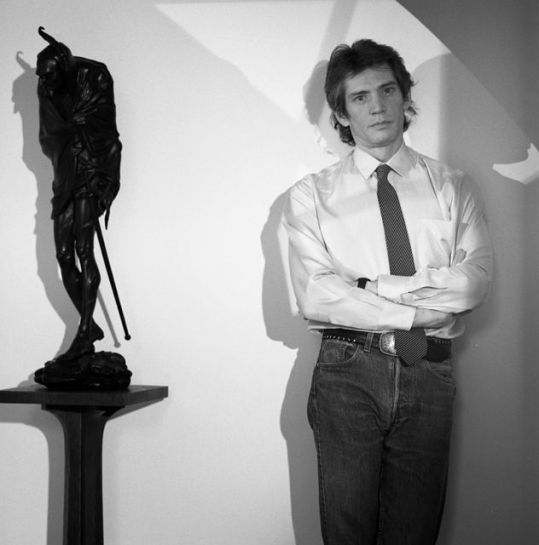 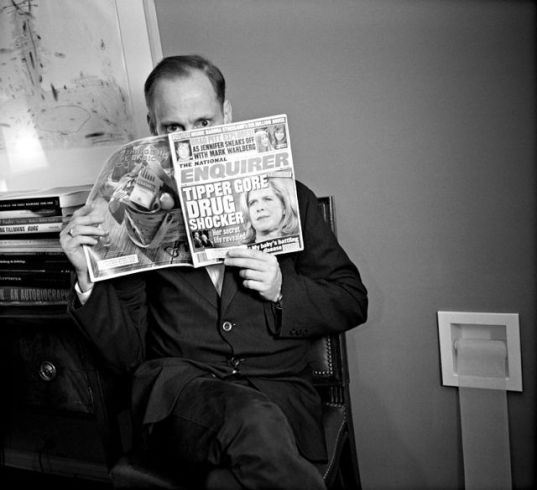 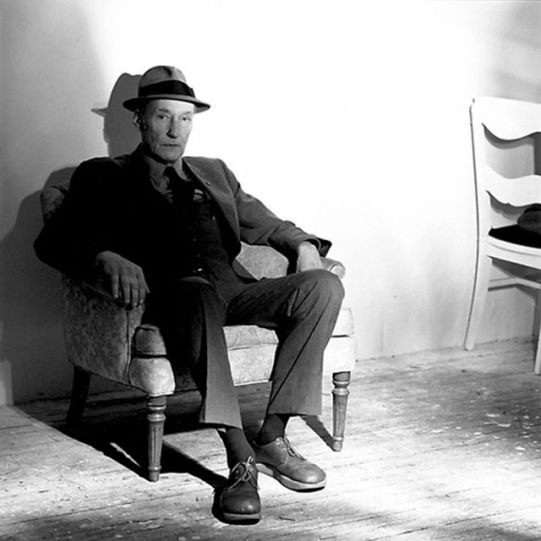 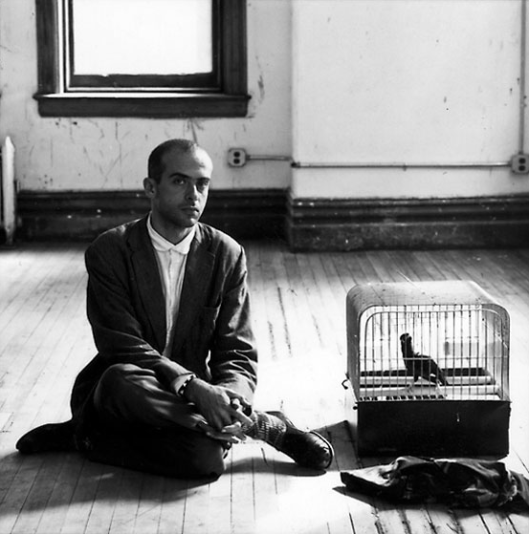 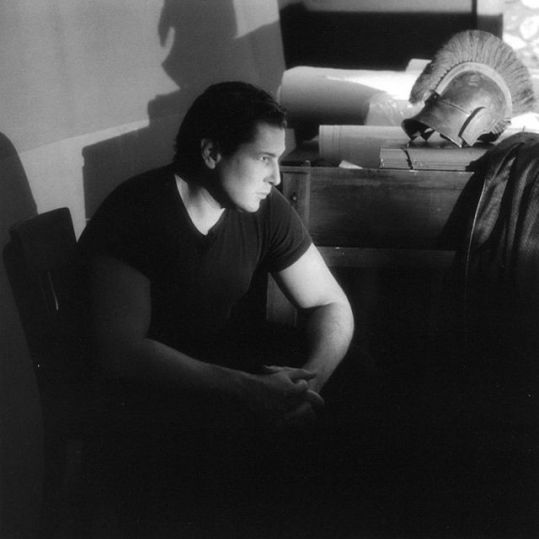 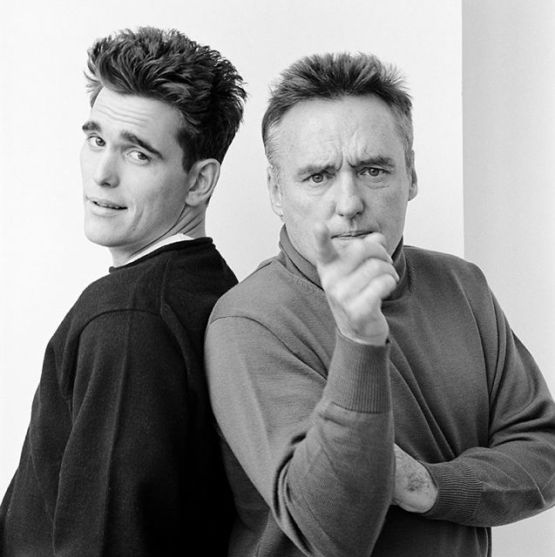