Graphic design by Carlos Vives himself. Illustrations by Jerry Lofaro 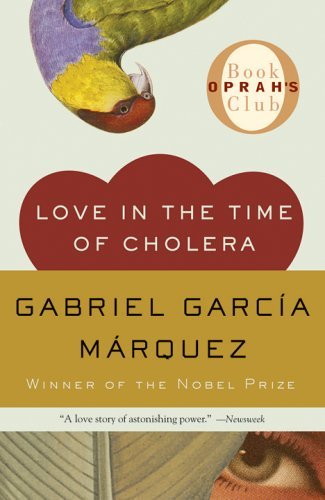 Vallenato is something of a musical melting pot, derived from various aspects of local history: the dominant instrument is the accordion, brought to South America by European immigrants. It’s accompanied by the small caja drum, which evolved from those once used by African slaves, and also by a notched stick scraped to provide percussion called the guacharaca, which originated with Colombia’s native population. The resulting music, first documented in the late 1800s, has come to define coastal Colombia almost as much as the works of author Gabriel García Márquez. In fact, the Nobel Prize winner is said to have described his epic novel, One Hundred Years of Solitude(Cien años de soledad), as a 400-page vallenato.

Vallenato used to be considered low-class music for field hands, rarely played outside Colombia’s cowboy country. But in recent years, Colombian singer Carlos Vives, among others, has fused vallenato with pop to create hits played across the Spanish-speaking world.

Love in the Time of Cholera (El amor en los tiempos del cólera) previous title was Crowned Goddess (La Diosa Coronada), as a tribute to a song composed by Leandro Díaz, whose intro appeared in the beginning of such novel:

Leandro José Díaz Duarte (February 20, 1928 – June 22, 2013) was mostly known for his ability to compose very descriptive and narrative vallenato songs despite his blindness. He was born blind but that was not an impediment for him to develop a sense of the world he could not see.

As we read Love in the Time of Cholera we’ll notice that the main character Florentino Ariza refers to the object of his adoration, Fermina Daza, as a “crowned goddess” several times, and even composes a special waltz just for her with that term of endearment.

The story occurs mainly in Cartagena de Indias and towns near the Magdalena River. And it encompasses approximately the half century between 1880 and 1930. Some critics choose to consider Love in the Time of Cholera as a sentimental story about the enduring power of true love. Others criticize this opinion as being too simple.

This is manifested by Ariza’s excessively romantic attitude toward life, and his gullibility in trying to retrieve the sunken treasure of a shipwreck. It is also made evident by the fact that society in the story believes that Fermina and Juvenal Urbino are perfectly happy in their marriage, while the reality of the situation is not so ideal. Critic Keith Booker compares Ariza’s position to that of Humbert Humbert in Vladimir Nabokov’s Lolita, saying that just as Humbert is able to charm the reader into sympathizing with his situation, even though he is a “pervert, a rapist, and a murderer”, Ariza is able to garner the reader’s sympathy, even though the reader is reminded repeatedly of his more sinister exploits.

García Márquez himself said in an interview, “you have to be careful not to fall into my trap”. The young love of Fermina Daza and Florentino Ariza is based on the love affair of García Márquez’s parents. However, as García Márquez explained: “The only difference is [my parents] married. And as soon as they were married, they were no longer interesting as literary figures.” The love of old people is based on a newspaper story about the death of two Americans, who were almost 80 years old, who met every year in Acapulco. They were out in a boat one day and were murdered by the boatman with his oars. García Márquez notes, “Through their death, the story of their secret romance became known. I was fascinated by them. They were each married to other people.”

García Márquez’s main notion is that lovesickness is literally an illness, a disease comparable to cholera. Ariza suffers from this just as he might suffer from any malady. At one point, he conflates his physical pain with his amorous pain when he vomits after eating flowers in order to imbibe Fermina’s scent. In the final chapter, the Captain’s declaration of metaphorical plague is another manifestation of this. The term cholera as it is used in Spanish, cólera, can also denote human rage and ire. (The English adjective choleric has the same meaning.) It is this second meaning to the title that manifests itself in Ariza’s hatred for Urbino’s marriage to Fermina, as well as in the social strife and warfare that serves as a backdrop to the entire story.

Stone Village Pictures bought the movie rights from the author for US$3 million, and Mike Newell was chosen to direct it, with Ronald Harwood writing the script. Filming started in Cartagena, Colombia, during September 2006. But this book is related to another movies and TV series. In the How I Met Your Mother episode The Magician’s Code, Ted describes Love in the Time of Cholera as his favorite book. A note is hidden in this book during a scene of Serendipity (Peter Chelsom, 2001). Also, in the 2000 film High Fidelity (Stephen Frears, 2000), John Cusack’s character states that he has read Love in the Time of Cholera as well as a number of other books and jokingly asks, “They’re about girls, right?”.

Ten years after the novel was published, Carlos Vives released his seventh album, The Land of Forgetting (La Tierra del Olvido). In 1993, backed by the band “La Provincia”, Vives released the album Clásicos de la Provincia in which he started fusing Vallenato with rock, pop and other Caribbean Colombian ethnic rhythms. This fusion scandalized Vallenato purists. For Vives, who was born in Magdalena (just like Garcia Márquez did), vallenato is similar to blues, rock and other rhythms which were developed around the Mississippi river and New Orleans. The title The Land of Forgetting alludes to a fragment of Love in the Time of Cholera:

“…The stench of the loads of salted catfish added to the loss of appetite caused by her grief, and eventually destroyed her habit of eating, and if she did not go mad with despair it was because she always found relief in the memory of Florentino Ariza. She did not doubt that this was the land of forgetting”.