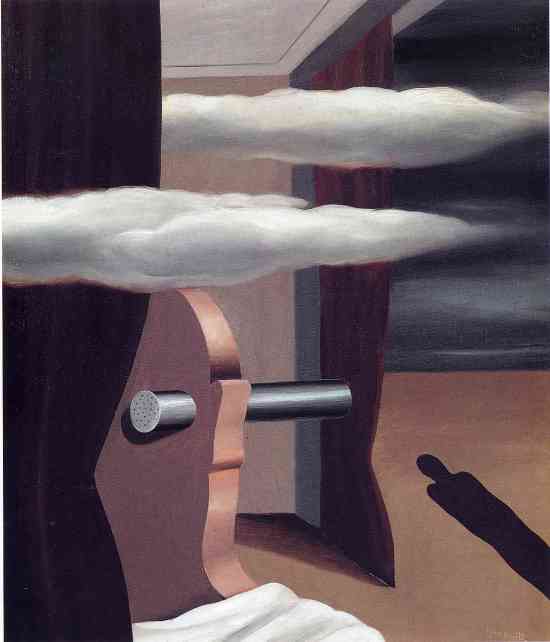 The Catapult of Desert, René Magritte, 1926 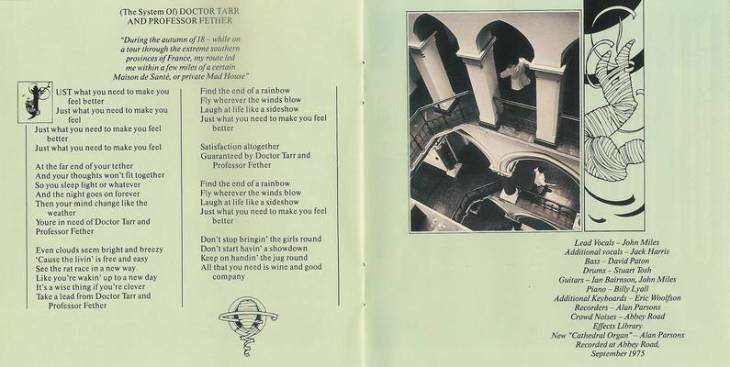 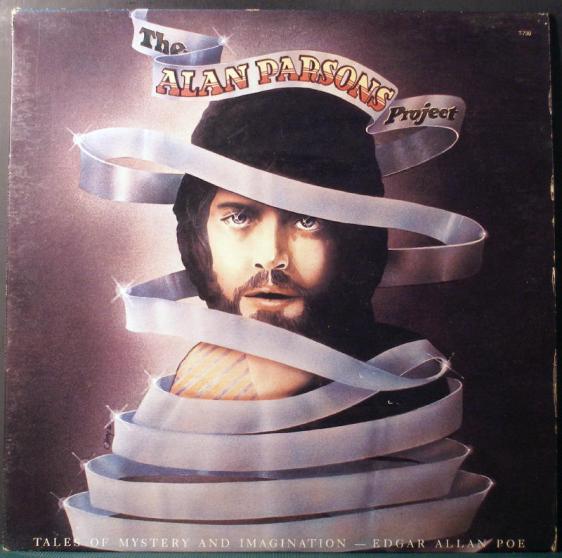 Tales of Mystery and Imagination Edgar Allan Poe, is the debut album by the progressive rock group The Alan Parsons Project, released in 1976. The lyrical and musical themes – retellings of horror stories and poetry by Edgar Allan Poe — attracted a cult audience. The title of the album is taken from a popular title for a collection of Poe’s macabre tales of the same name, Tales of Mystery & Imagination, first published in 1908 and reprinted many times since.

Musicians featured on the album include vocalists Arthur Brown of The Crazy World of Arthur Brown on The Tell Tale Heart and Terry Sylvester of The Hollies on To One In Paradise. The complete line-up of bands Ambrosia and Pilot play on the record, along with keyboardist Francis Monkman of Curved Air and Sky.

The Raven features actor Leonard Whiting on lead vocals, with Alan Parsons performing vocals through an EMI vocoder. According to the album’s liner notes, The Raven was the first rock song to feature a digital vocoder.

Critical reaction to the album was mixed; for example, Rolling Stone’s Billy Altman concluded that it did not completely accurately reproduce Poe’s tension and macabre fear, ending by claiming that “devotees of Gothic literature will have to wait for someone with more of the macabre in their blood for a truer musical reading of Poe’s often terrifying works”.

Nevertheless in July 2010, the album was named as one of Classic Rock magazine’s “50 Albums That Built Prog Rock”.

In 1987, Parsons completely remixed the album, including additional guitar passages and narration (by Orson Welles) as well as updating the production style to include heavy reverb and the gated reverb snare drum sound, which was popular in the 1980s. The CD notes that Welles never met Parsons or Eric Woolfson, but sent a tape to them of the performance shortly after the album was manufactured in 1976.

The first passage narrated by Welles on the 1987 remix (which comes before the first track, A Dream Within a Dream) is sourced from an obscure nonfiction piece by Poe – No XVI of his Marginalia (from 1845 to 1849 Edgar Allan Poe titled some of his reflections and fragmentary material Marginalia.) The second passage Welles reads (which comes before The Fall of the House of Usher (Prelude), seems to be a partial paraphrase or composite from nonfiction by Poe, chiefly from a collection of poems titled Poems of Youth by Poe (contained in Introduction to Poems – 1831 in a section titled “Letter to Mr. B———–“; the “Shadows of shadows passing” part of the quote comes from the Marginalia.

La parole donée (The Pledge or The Word Given), René Magritte, 1950

La parole donnée is part of a series of twenty paintings depicting organic objects turned to stone that René Magritte started in 1950. Sometimes referred to as his “stone age pictures,” these works celebrate Magritte’s love of paradox; the first of these images, for example, depicts a monumental stone chair whose aura of primeval significance is undercut by the minuscule wooden chair that is perched delicately upon its enormous seat. This punning yet eerie transformation of mundane objects through alterations in scale and material also occurs with living things such as a large petrified fish that would undoubtedly sink if plunged into water and the giant stone apple seen here, whose leafy stem underscores both its arrested growth and its incongruous presence amongst forebodingly angular outcroppings of mottled grey stone. Indeed, Magritte regarded the state of petrification as a visual expression of disaster and death. As Abraham Hammacher has stated, “One can trace this preoccupation with a petrified world in all. Magritte’s works Magritte did not regard petrification as a process, but as a kind of catastrophe, like that at Pompeii, when lava transfixed the world and brought all movement to a halt”. As David Sylvester notes, the preternatural calm displayed by these four images possesses an eerie quality, and he has commented that “La parole donnée has the violence of an earthquake at the start of time”.