He was baptized Adolphe Jean-Marie Mouron and was born in Charkow, Ukraine in 1901 to French parents. In 1915, when only 14 years old, he had the exceptional blessings of his parents to become a painter and was sent to Paris to study at the stiffly academic École Des Beaux Arts. While studying there, he adopted France as his country. He took his nom de plume Cassandre after the daughter of King Priam and Queen Hecuba of Troy. Cassandra uttered true prophecies, a gift granted by Apollo, but when she refused his attempted seduction, he placed a curse on her so that she and all her descendants’ predictions would not be believed.

Unlike his mythic inspiration, at the beginning of Cassandre’s career, people really believed in his art. Blaise Cendrars called him “The first scenic director from the street” due to his qualities as an affichiste (the French term for poster designer) and Milton Glaser stated that Cassandre was without demur the greatest graphic designer from the early XX century.

Some of his most famous poster designs

The details of Cassandre’s youth are as lean as his working philosophy. He produced his first poster, “Au Bucheron” at 22, and became a successful and influential poster artist, best known for his epoch-defining travel posters and his advertisements for products such as Dubonnet. The consummate art deco artist, he tried to create posters for people who did not try to see them. In 1936 he traveled to America to work on several projects. While there he designed several surrealistic covers for Alexey Brodovitch at Harper’s Bazaar. In addition, he created for NW Ayers, the classic eye of the Ford billboard and several pieces for the Container Corporation of America. His career as a poster designer ended in 1939 when he changed disciplines and became a stage, set and theatrical designer.

His post-École education included a period of study with Lucien Simon at the Académie Julian, followed by a period of compulsory military service. Shortly thereafter he created the Au Bucheron poster, whose inspiration Cassandre modestly maintained, sprung from a struggling artist’s effort to support himself. A contemporary, Maximilien Vox, in his monograph on Cassandre, characterized him in his mid-career as “a thinker and an engineer, a lover of nature and a reader of books; such he was then, such he is now. A puritan in our midst, a worshiper of all things beautiful.” This fortuitous combination of qualities can be seen in one way or another in almost every one of Cassandre’s magnificent posters. The leap from the Bucheron poster in 1923 to the succeeding one for Pi Volo aperitif embraced a quantum jump. This poster, with its fusion of bird, glass, light and dark forms and its art deco lettering, demonstrates that Cassandre had assimilated the revolutionary ideas of shape and interpenetration of form developed in the cubist and abstract paintings of Juan Gris, George Braque, and Pablo Picasso. Barely a year later he created the immortal “L’lntransigeant” truck poster.

Cassandre assumed that an indifference to advertising’s message was the natural state of the man in the street. He always insisted that his posters were meant to be seen by people who do not try to see them. To enter the private world of the public consciousness, he claimed he forced his way “not like a gentleman through the front door with a walking stick, but like a burglar through the window with a jimmy.” At the same time, while designing his posters, Cassandre had begun to design several avant-garde type faces. These fonts, derived in good measure from his imaginative poster lettering, received a ready sponsorship from the progressive type-founders Deberny and Peignot, names we also recognize from Arts et Métiers Graphiques.

Cassandre (1968), the type that bears his name, was largely unfinished, after having been turned down by Berthold and Olivetti (and was possibly the cause of his suicide). It was finished in a revival of sorts by Thierry Puyfoulhoux (2003). 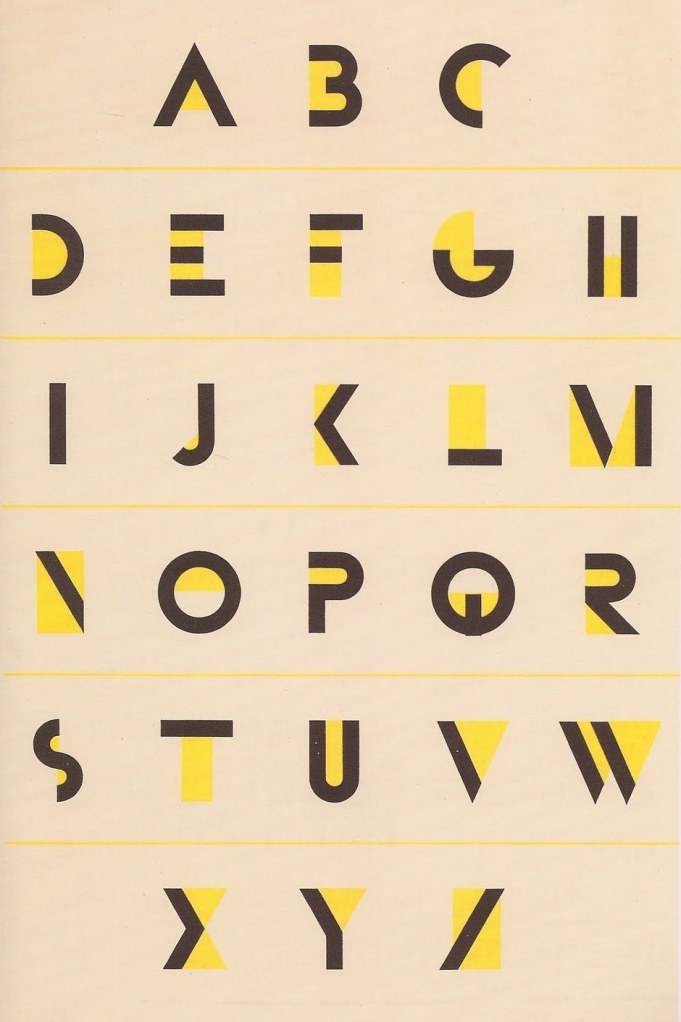 If there is a continuum in Cassandre’s work, it lies in his command of the full spectrum of visual styles. Cassandre, from 1923 to 1939, was a bridge between the modern fine arts and their contemporary application. His pictorial approach embraced all styles, ever discriminating that it was the spirit he consumed and not the corpus. The filtering force was Cassandre’s extraordinary intellect, the inordinate appropriateness and selectivity of his personal vision. Scanning his posters, we see and feel the aura of surrealism, constructivism, suprematism, cubism and romanticism—the gamut of artistic pluralism. But above all we see Cassandre, his magnetic clarity and faultless grasp of the theatrical moment. The direct aim of his mind and hand is expressed in one of his guiding dicta, “Know what to do and learn how to do it.” He almost makes it sound easy, but Cassandre looked upon himself and his craft with straightforward surgical accuracy in his description of the poster artist: “Poster work demands of the painter complete renunciation. He cannot express himself that way; even if he could, he has no right to do so. Painting is a self-sufficient proposition. Not so the poster. A means, a shortcut between trade and the prospective buyer. A kind of telegraph. The poster artist is an operator; he does not issue a message, he merely passes it on. Not one asks for his opinion. He is only expected to establish a connection—clear, powerful, accurate.”

Cassandre, if not disenchanted, was hardly enthusiastic about poster design as practiced in the United States, and as result, he returned to Paris. In the thirties, two earlier events began to exert great influence on his career. One was the tragic death in 1934 of his friend and colleague Maurice Moyrand, who with Charles Loupot and Cassandre had formed Alliance Graphique, their own advertising agency. The depth of this loss can only be surmised in the pained terseness of Cassandre’s notes: “1926 met Moyrand. 1934 Moyrand’s death.” In 1934, too, Cassandre produced his first stage design, creating the sets and costumes for Giraudoux’s “Amphytryon 38.” That seed flowered into full bloom shortly after he came back to his beloved Paris. Shortly thereafter, the heavy fog of war was beginning to envelop France. Cassandre, the giant of modern poster design, was never again to favor the world with a product of that side of his genius. After brief military service, Cassandre devoted himself undeviatingly to new conquests in the theatre. He designed productions for the full scope of the French theatre and even designed an open-air theatre in Aix-en-Provence, as well as the entire production. In this milieu, Cassandre turned to a lyrical, richly patterned romanticism, the very opposite of the brilliant color, incandescent conception, and lean accuracy of his famous posters.

With the onset of World War II, Cassandre served in the French army until the fall of France. His business long gone, he survived by creating stage sets and costumes for the theatre, something he had dabbled in during the 1930s. After the war, he continued this line of work while also returning to easel painting. In 1963, he designed the well-known Yves Saint-Laurent logo. Cassandre died in Paris on June 17, 1968, during the time of the great French student riots. All too sadly.