Strawberry Swing is a song by British alternative rock band Coldplay. On 13 September 2009, it was released as the fifth and final single from the band’s fourth studio album, Viva la Vida or Death and All His Friends (2008).

Strawberry Swing contains influences from afro-pop and highlife music, and is built around finger-picked, distortion-free guitars with a heavy bassline and psychedelic synths. Lead singer Chris Martin explained how the song’s musical style came into existence: “My mum comes from Zimbabwe, so I spent a lot of time there. I used to work in a studio where people played that.”

In September 2009, the originality of the Shynola-directed video was questioned by singer-songwriter Andy J Gallagher; he argued that “Owen Trevor had virtually the same idea at least a year before.” In an official PDF statement, Shynola stated “Having never seen Mr. Trevor’s video before, we can categorically deny that his video was any influence on our video. Any similarities are purely coincidental.” The PDF also contained image-by-image rebuttals of Gallagher’s claims, and added that the video was mainly inspired by the “dreamlike weirdness” of animator Winsor McCay‘s artwork.

To watch the music video, please take a gander at The Genealogy of Style‘s Facebook page: https://www.facebook.com/pages/The-Genealogy-of-Style/597542157001228?ref=hl 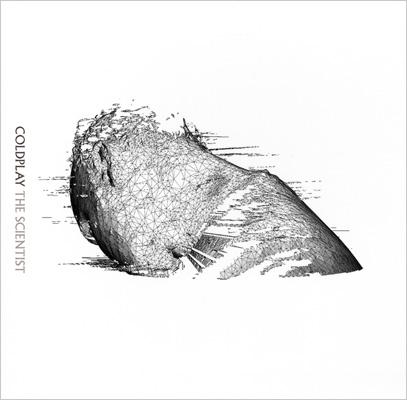 The Scientist is the second single from British alternative rock band Coldplay‘s second studio album, A Rush of Blood to the Head (2002). The song was written collaboratively by all the band members for the album. It is built around a piano ballad, with its lyrics telling the story about a man’s desire to love and an apology.

Vocalist Chris Martin wrote The Scientist after listening to George Harrison‘s All Things Must Pass. In an interview with Rolling Stone, Martin revealed that while working on the band’s second album, A Rush of Blood to the Head, he knew that the album was missing something. One night, during a stay in Liverpool, Martin found an old piano that was out of tune. He wanted to work on Harrison’s song, Isn’t It a Pity, but he could not manage to do so. When the song came to Martin, he asked that the recorder be turned on. He concluded by saying that he came across this chord sequence and noted that the chord was “lovely”. Martin recorded the vocals and piano takes in a studio in Liverpool.

When asked about the development of the song, during a track-by-track reveal, Martin said: “That’s just about girls. It’s weird that whatever else is on your mind, whether it’s the downfall of global economics or terrible environmental troubles, the thing that always gets you most is when you fancy someone.” The liner notes from A Rush of Blood to the Head, on the other hand, states that “The Scientist is Dan.”, with Dan referring to Dan Keeling, the A&R man who signed the band to Parlophone.

The lyrics to the song allude to a man’s powerlessness in the face of love. His helplessness is exemplified in the first line of the chorus, as Martin cries “nobody said it was easy”. The song implies that he wants to go “back to the start.” The first lines of the first verse emphasise an apology: “Come up to meet you/tell you I’m sorry/you don’t know how lovely you are.” The song’s title also alludes to science in question in verse three: “I was just guessing at numbers and figures/pulling the puzzles apart/questions of science, science and progress/do not speak as loud as my heart.”

The popular music video for The Scientist was notable for its distinctive reverse narrative, which employed reverse video. The same concept had been previously used for Spike Jonze‘s 1996 music video for The Pharcyde‘s Drop. The reverse video style had first been seen in 1989 for the video for the song The Second Summer of Love by Scottish band Danny Wilson. In order for Martin to appear to be singing the lyrics in the reversed footage, he had to learn to sing the song backwards, which took him a month. The video was filmed at various locations, including London and at Bourne Woods in Surrey, before the first leg of the A Rush of Blood to the Head tour. It was directed by Jamie Thraves.In 2003, The Scientist won multiple MTV Video Music Awards for Best Group Video, Best Direction, and Breakthrough Video. It was also nominated at the 2004 Grammy Awards for Best Short Form Music Video but lost to Johnny Cash‘s video for Hurt.

To watch The Scientist music video, please take a gander at The Genealogy of Style Facebook page: https://www.facebook.com/pages/The-Genealogy-of-Style/597542157001228?ref=hl 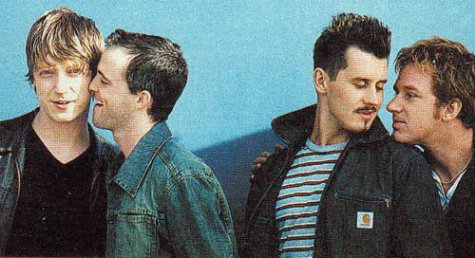 The band that would become Travis was formed by brothers Chris and Geoff Martyn. Andy Dunlop, a school friend at Lenzie Academy, was drafted in on guitar, along with Andy Dunlop on drums, although the latter was replaced soon after by Neil Primrose. The line-up was completed by a female vocalist, Catherine Maxwell, and the band’s name became Glass Onion, after The Beatles song of the same name. Parting company with their singer in the spring of 1991, they auditioned for a new vocalist. Having met each other through Primrose pouring him a pint, an untrained art student, Fran Healy, then joined after being invited to audition by Primrose. Healy joined the band on the day he enrolled at The Glasgow School of Art, in the autumn of 1991. Two years later, with the option of music holding more appeal, Healy dropped out of art school, and inspired by song writers such as Joni Mitchell, assumed songwriting responsibilities. With brothers Chris and Geoff Martyn on bass and keyboards, in 1993, the fivesome released a privately made CD, The Glass Onion EP, featuring the tracks Dream On, The Day Before, Free Soul and Whenever She Comes Round. 500 copies of the EP were made and were recently valued at £1000 each. Other songs they recorded but were left off are She’s So Strange and Not About to Change.

The band named themselves after the Harry Dean Stanton character Travis Henderson from the film Paris, Texas (Wim Wenders, 1984).

Travis have twice been awarded best band at the BRIT Awards, and are often credited for having paved the way for bands such as Coldplay and Keane (Coldplay’s Chris Martin has called himself “a poor man’s Fran Healy”, while saying that Travis “invented” Coldplay “and lots of others”).

The band won a talent contest organised by the Music in Scotland Trust, who promised £2,000 so that Travis could deal-hunt at a new music seminar in New York. Two weeks before they were due to leave, however, the prize was instead given to the Music in Scotland Trust Directory. When sent a copy of the directory, the band noticed that it seemed to feature every single band in Scotland—except for them.
The band showed promise but had yet to evolve into a decent line-up capable of fulfilling it and spent several years treading water. According to their publisher Charlie Pinder: “They were a band that everyone in the A&R community knew about and would go and see every now and then. But they weren’t very good. They had quite good songs; Fran always did write good songs.” While on a visit to Scotland, American engineer and producer Niko Bolas, a long-time Neil Young and Rolling Stones associate, tuned into a Travis session on Radio Scotland, and heard something in the band’s music which instantly made him travel to Perth to see them. Healy: “He told us we were shit, took us in the studio for four days, and taught us how to play properly, like a band. He was ballsy, rude, and New York pushy. He didn’t believe my lyrics and told me to write what I believed in and not tell lies. He was Mary Poppins, he sorted us out.” The band recorded a five-song demo, which included the song All I Want to Do Is Rock.

With the sudden death of his grandfather, a grief-stricken Healy shut himself away, refusing to talk to anyone. Emerging a week later, and with a clear vision of where he now wanted Travis and their music to go, Healy dispensed with the band’s management and publicity agent. Having been repeatedly knocked back by the British record industry, the band couldn’t afford to stay around the country for another few years and so decided to move to New York, feeling that the U.S. might be more suited to their style of music. However, before leaving Healy told the band that they should send the demo to Charlie Pinder of Sony Music Publishing, who they had known for a few years and regularly sent songs to, saying: “If he’s not into it, then we’ll go.” Pinder was immediately impressed by the song All I Want to Do is Rock, which he felt was a dramatic change for the band: “It was harder, more exciting, sexy; all things that they never really were. They turned a corner.” After performing a secret gig for Pinder and his boss at Sony, Blair McDonald, they were signed to Sony Music Publishing. The immediate impact of what was a very secret deal was that the line-up was changed – keyboard player Geoff Martyn was removed, and the bassist, Geoff’s brother Chris, was replaced with Healy’s best friend Dougie Payne – and the band was moved to London, where they were given a rehearsal room and a house

Produced by Steve Lillywhite of U2 fame, Travis’ first studio album, 1997’s Good Feeling, is a rockier, more upbeat record than the band’s others to date. Recorded at the legendary Bearsville Studios in Woodstock, New York, the place where Travis favourite The Band recorded, the album contained singles such as All I Want to Do Is Rock, U16 Girls, the Beatle’esque Tied to the 90s, Happy and More Than Us.