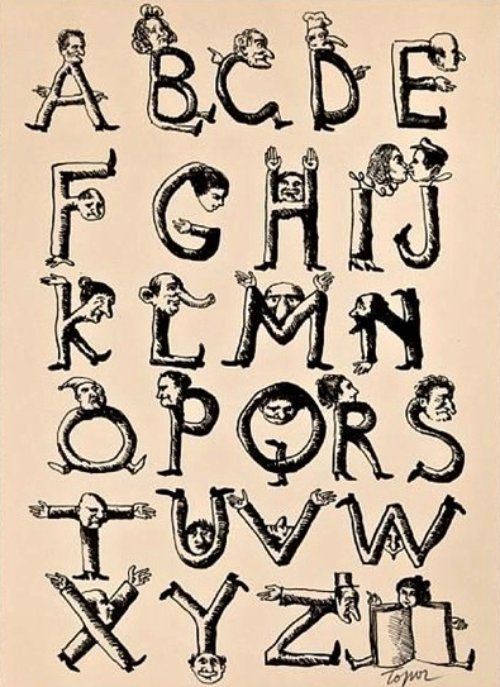 It’s raining and Alice (Lewis Carroll’s famous heroine) lies on a couch attempting to read. She closes her eyes and falls asleep. When she wakes up, they are Roland Topor’s eyes that open instead of her own. Then begins a plot twist which transforms into a universe made up of dreamed images, like a theater of paper inhabited by disturbing, bizarre, ridiculous or cruel characters. This is just his surrealist version of Carroll’s fable, but Topor was telling a story as a metaphor of the student riot from May, 1968. It’s a little protest song against every kind of tyranny.

Grammar and syntax are defeating and their slogan is: Power to the imagination! Actual imagination, free and impudent, is the land where creative work of Topor belongs, not only as a satiric designer and pacesetter illustrator but also as a novelist, scriptwriter (he is the author of The Tenant, a book that Roman Polanski adapted to the big screen), painter, filmmaker, set designer, and above all, actor. Topor lived in Wonderland. Is Alice who get through his looking-glass.