Coco is a 1969 musical with a book and lyrics by Alan Jay Lerner and music by André Previn, inspired by the life of Gabrielle “Coco” Chanel. It starred Katharine Hepburn in her only stage musical.

Theatre producer Frederick Brisson originally had optioned Chanel’s life for his wife Rosalind Russell, but Russell had developed acute arthritis, making it difficult for her to function. That meant another leading lady with star quality needed to be found. Irene Selznick suggested Katharine Hepburn, who initially scoffed at the idea of appearing in a musical but agreed to work with former MGM vocal coach Roger Edens for ten days. Following an audition in Selznick’s suite at The Pierre Hotel, Hepburn felt comfortable enough to mull seriously the proposition, and was further convinced to accept the offer after meeting Chanel. 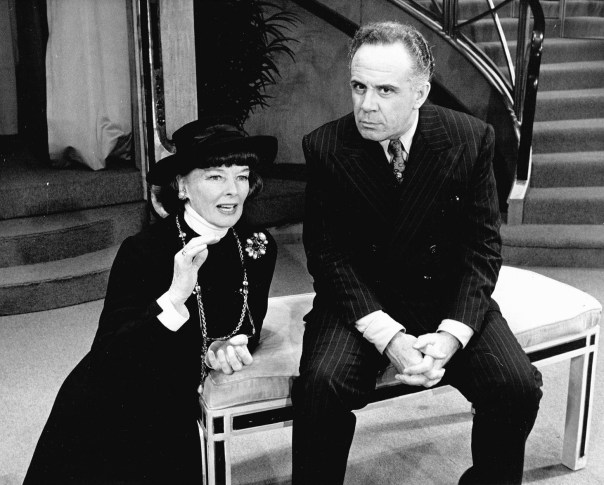 Set between early autumn of 1953 and late spring of 1954, fashion designer Coco Chanel, after fifteen years of retirement, decides to return to the world of Haute Couture and reopen her Paris salon. With her new collection derided by the critics, she faces bankruptcy until buyers from four major American department stores – Saks Fifth Avenue, Bloomingdale’s, Best & Company, and Ohrbach’s – place orders with her. She becomes involved with the love life of one of her models, and flashbacks utilizing filmed sequences recall her own past romantic flings. Adding humor to the proceedings is a highly stereotypical rude gay designer who tries to impede Chanel’s success. The finale is a fashion show featuring actual Chanel designs from 1918 to 1959. 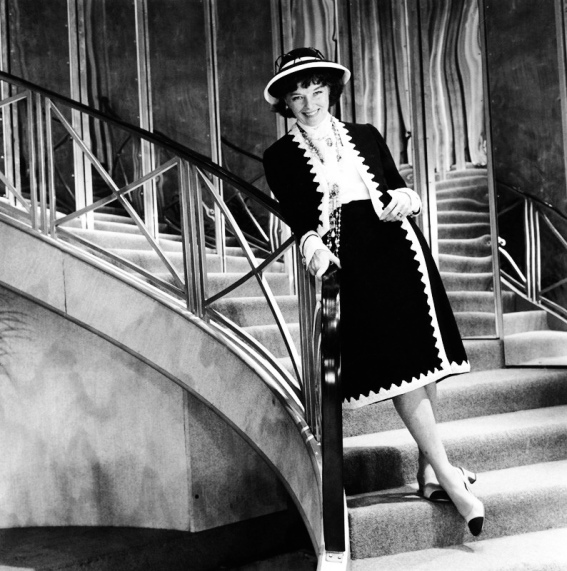 Cecil Beaton confessed that he simply copied Chanel’s designs instead of interpreting them for the stage, they would have looked like something from a thrift store. Nevertheless, Beaton won a Tony award for Best Costume Design in 1970.

Coco Chanel, hiding on a staircase to watch her own fashion show through a mirror, unaware of the photographer who watches her through another one. Frank Horvat, Paris, 1958

Nude, Green Leaves and Bust is one of a series of portraits that Pablo Picasso painted of his mistress and muse Marie-Thérèse Walter from 1932. The vibrant blue and lilac canvas is more than 5 feet (1.5 m) tall.

At the time, Picasso was in an exclusive contractual relationship with noted impressionist and post-impressionist French-Jewish art dealer Paul Rosenberg, who bought the painting direct from his friend. With the increasing tones of an approaching war, in the late 1930s Rosenberg started to distribute works from his 2,000+ piece collection around the world, and used the 1939 New York World’s Fair as the excuse to ship the painting outside France. After the 1940 Nazi invasion of France, on reaching New York via Lisbon in September 1940, Rosenberg opened a new branch of his noted gallery on East 57th street, and put the painting back on display.

From there it was bought by Sidney and Frances Brody in 1951, and was publicly exhibited only once in 1961 to commemorate Picasso’s 80th birthday.

Frances Brody died in November 2009. On May 4, 2010, the painting was sold at Christie’s in New York City, who won the rights to auction the collection against London-based Sotheby’s. The collection as a whole was valued at over US$150 million, while the work was originally expected to earn $80 million at auction.

There were eight bidders at the auction house, while the winning bid was taken via telephone for $95 million. Including the buyer’s premium, the price reached US$106.5 million. When inflation is ignored, the painting broke the record price for an art work sold at auction until it was surpassed by the selling of Edvard Munch‘s The Scream on May 2, 2012 for US$120 million.

“The man who has planted a garden feels
that he has done something for the good of the world.” 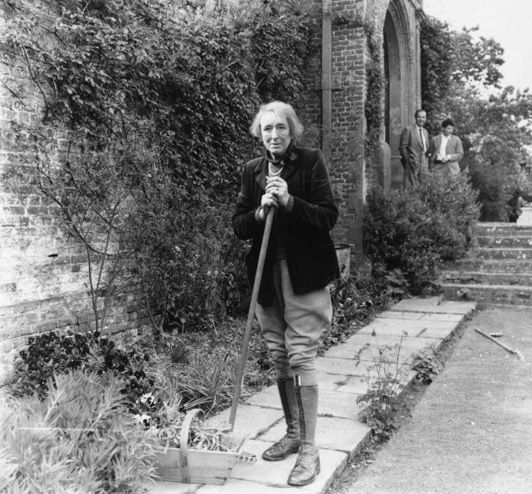 Vita Sackville-West in her garden. Photo by Cecil Beaton

“Through the ample open door of the peaceful country barn,

A sunlit pasture field with cattle and horses feeding,

And haze and vista, and the far horizon fading away.”

Walt Whitman
Give me the Splendid, Silent Sun 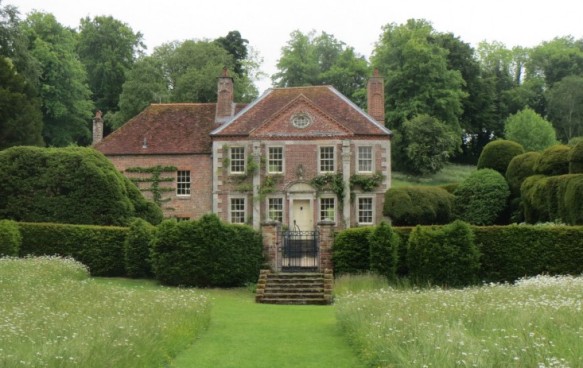 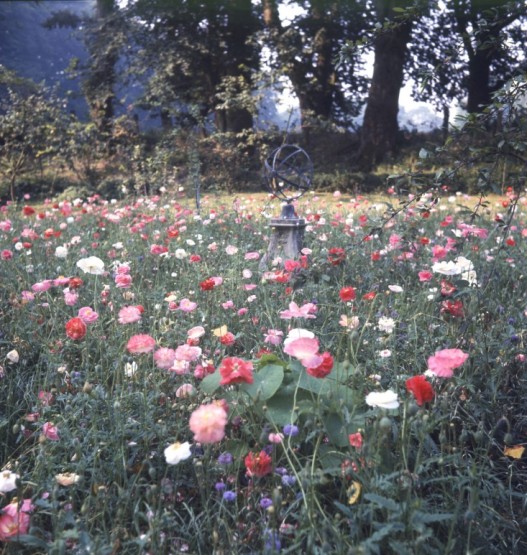 “It is always fascinating to see someone as remote as oneself working in the same field. I was intrigued to see him admiring things that I like from a completely different point of view. We could not be farther apart as human beings and yet I find myself completely at ease with him and stimulated by his enthusiasm. For he has this golden quality of being able to enjoy life”.

“He is never blasé, never takes anything for granted. Life is a delightful wonderland for him; much of the time he is wreathed in smiles. He laughs aloud at television and radio. He is the best possible audience, though by no means simple. He is sophisticated in that he has complete purity. There is nothing pretentious about him; he never says anything he does not mean. In the world of art intrigue he is a complete natural”. 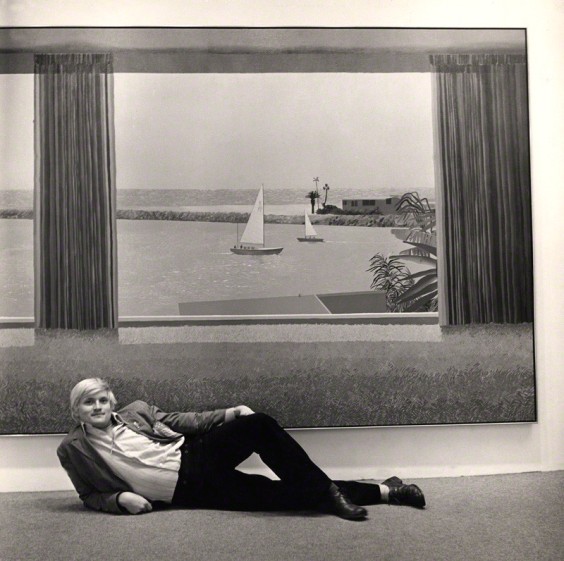 In 1969, David Hockney was asked by Vogue to do a drawing of Cecil Beaton, David went to stay with Cecil for three days at Reddish

“To begin with I was utterly appalled, having remained in some romantic but extremely uncomfortable pose for a great deal too long, when I saw an outline in Indian ink of a bloated, squat, beefy businessman. He laughed. No it wasn’t very good, and he embarked upon another which turned out to be just as bad”

“About eight horrors were perpetrated while the days advanced until, finally, something rather good emerged”.

“I met David Hockney in 1966, at a University of California summer school where he was my drawing professor. I was 18 and he was a decade my senior. We fell in love and moved to London when I was 20. Before we left California, my father, who was into photography, gave me my first camera.

In this shot, taken in 1970, Cecil Beaton was having a break after taking pictures of David and me in the conservatory of his house in Wiltshire. He and David were telling jokes and bantering as I took their photo. David had become friends with Cecil when Cecil bought one of his very early paintings, but I got to know him as well. He was gossipy, bitchy and very witty – fun to be around but also a huge snob. As a little boy from California, I didn’t get a lot of his attention: as far as Cecil was concerned, if you were working class, you had to be famous.

We went to stay at Cecil’s quite regularly. People would come for dinner, or we would just read and walk in the garden. Cecil and I never discussed photography, but he did let me look through his albums, which dated back to the 1930s. He didn’t like being interrogated about them though; if I asked him about Greta Garbo [with whom he is said to have had an affair], he went completely silent.

There were a lot of parties back in those days. We were always having a good time. We used to dress up as dandies. Now, people talk of the huge significance of that era, but at the time it’s just your life. You don’t think of it in historical terms. Anyway, we thought the 1930s were much more glamorous; we loved old movies and art deco. Cecil’s generation, meanwhile, preferred the Edwardian period, so he dressed that way.

I like the way their poses contrast – they’re doing different things yet they somehow complement each other. It was accidental: I just happened to click at that millisecond and catch a fleeting rather joyous moment. Looking back today, I feel lucky to have known such wonderful people.”

“…The room opened out on the garden,
and a delicate odor of flowers
mingled with the scent
of the five perfumed young Sidonians…” 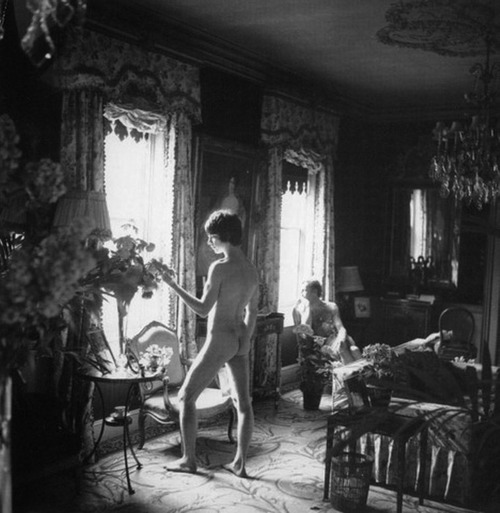 “Be daring, be different, be impractical, be anything that will assert integrity of purpose and imaginative vision against the play-it-safers, the creatures of the commonplace, the slaves of the ordinary.”

One Sunday in 1932, Cecil Beaton met Greta Garbo. The event was chronicled immediately in his diary. He had a bath and a manicure, put on white socks and shoes, a white kid jacket and ‘scanty little white sharkskin shorts’, then he ran gaily down a spiral staircase into her presence. Attired in the same gamine style, she told him he was beautiful, then she kissed a rose and gave it to him. He took it home, framed it in silver and hung it over his enormous rococo bed. It was to be 14 years (and 100 pages) before they met again. 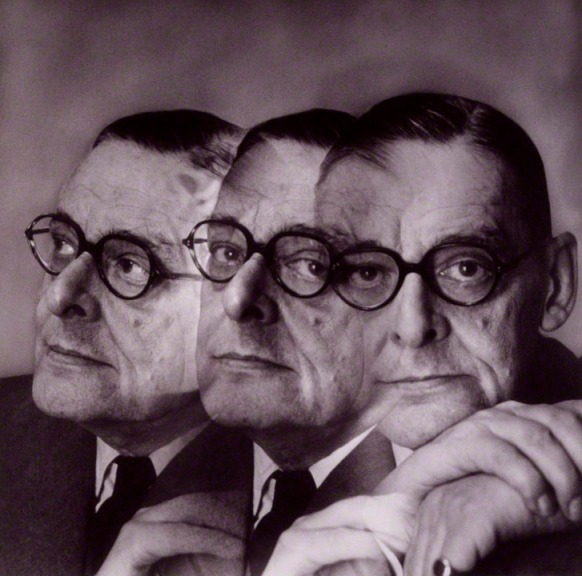 Time present and time past
Are both perhaps present in time future
And time future contained in time past.
If all time is eternally present
All time is unredeemable.
What might have been is an abstraction
Remaining a perpetual possibility
Only in a world of speculation.
What might have been and what has been
Point to one end, which is always present.

“I find the vast majority of fashion is perpetuating something that has already been – particularly with how human beings are portrayed within it. I find it repetitive; I think I’ve always been drawn to something that’s a little more individual.”

Nathaniel Lyless and his bone bed, 2010 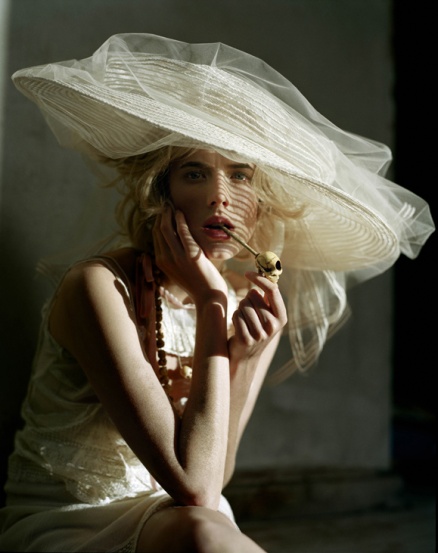 Tim Walker’s fascination with the make-believe world of fashion photography started early. As a 19-year-old intern at Vogue he established its Cecil Beaton Archive before studying art and photography at Exeter Art College. On graduation he worked briefly as a freelance photographic assistant in London before moving to New York as full-time assistant to Richard Avedon. At 25 he shot his first Vogue fashion story. He was the recipient of the second ‘Isabella Blow Award for Fashion Creator’ at the British Fashion Awards (2008) and the following year he received an Infinity Award from the International Center of Photography, New York, for his fashion photography. In 2011 his short film The Lost Explorer premiered at Lorcano Film festival and went on to win the Jury Award at the Chicago United Film Festival. He is also well known for his advertising campaigns for Mulberry, Hèrmes, Valentino and many others.A Matter of Life and Death (Michael Powell & Emeric Pressburger, 1946) is one of the films that have inspired and influenced some of his images. 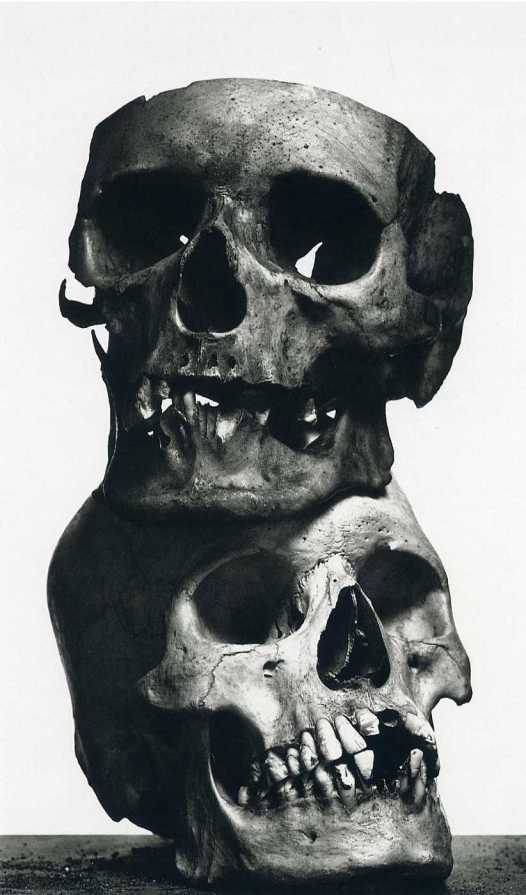 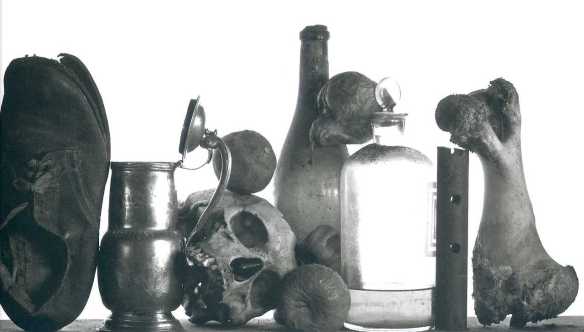 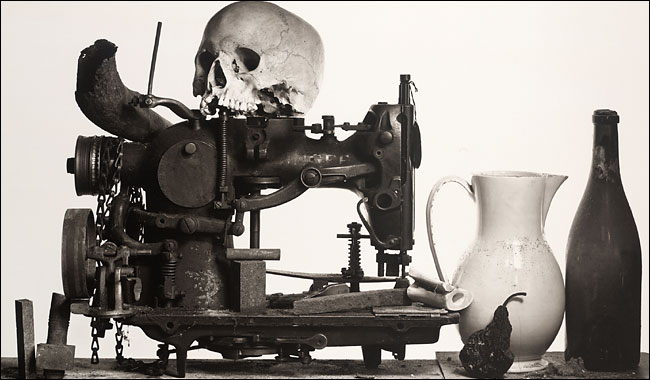 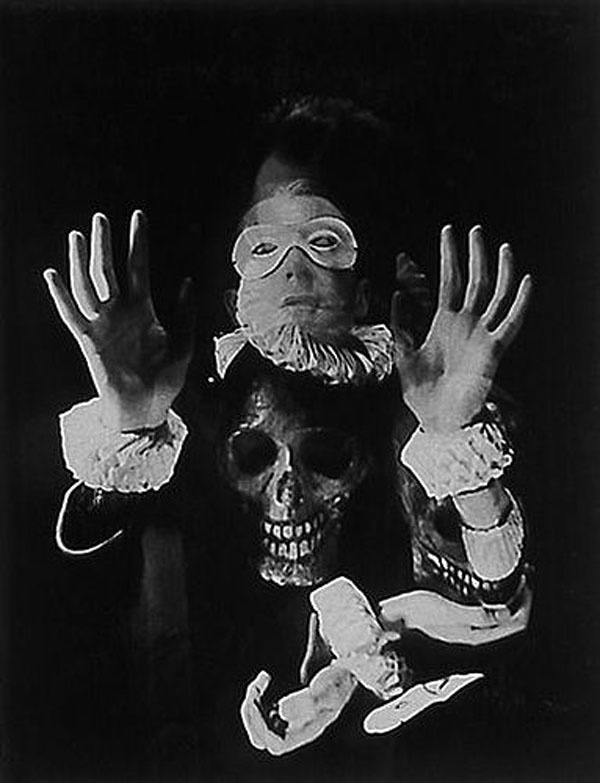 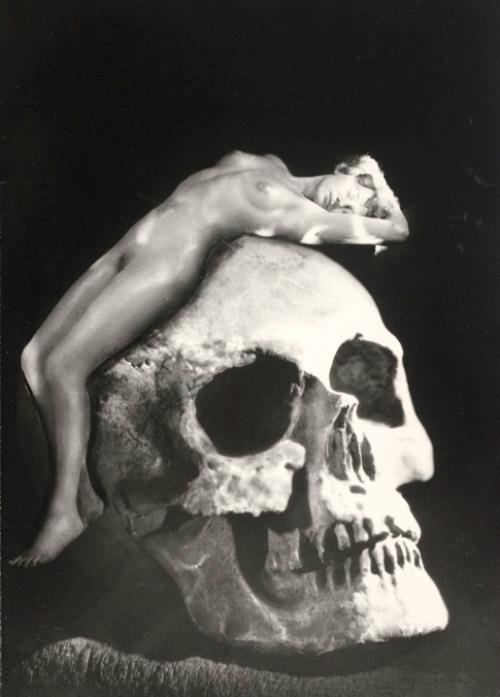 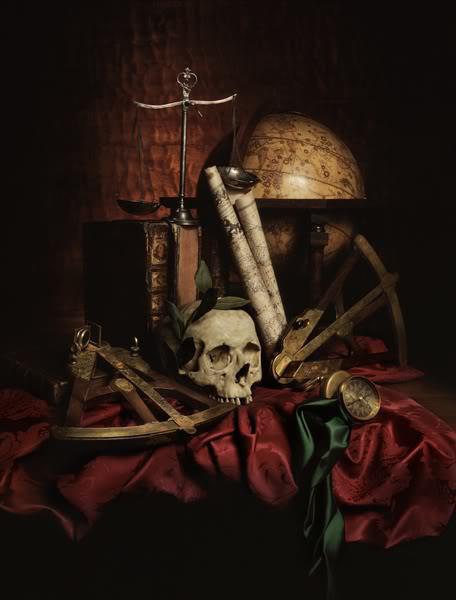 Common vanitas symbols include skulls, which are a reminder of the certainty of death; rotten fruit, which symbolizes decay; bubbles, which symbolize the brevity of life and suddenness of death; smoke, watches, and hourglasses, which symbolize the brevity of life; and musical instruments, which symbolize brevity and the ephemeral nature of life. Fruit, flowers and butterflies can be interpreted in the same way, and a peeled lemon, as well as accompanying seafood was, like life, attractive to look at, but bitter to taste. There is debate among art historians as to how much, and how seriously, the vanitas theme is implied in still-life paintings without explicit imagery such as a skull. As in much moralistic genre painting, the enjoyment evoked by the sensuous depiction of the subject is in a certain conflict with the moralistic message.