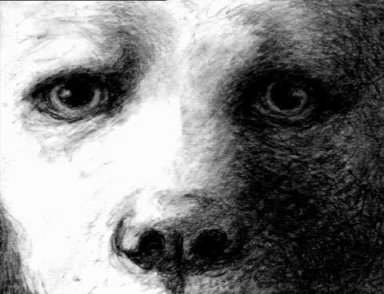 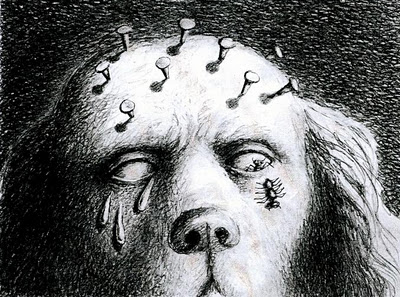 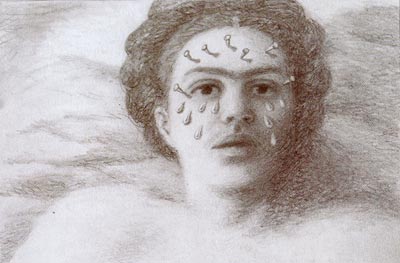 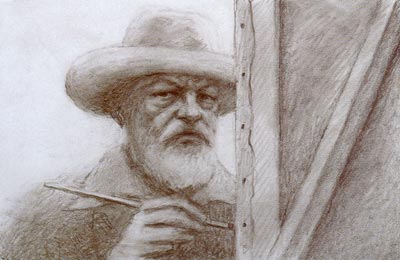 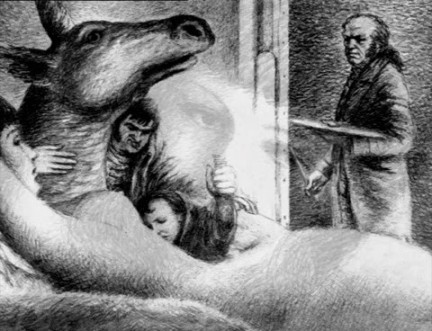 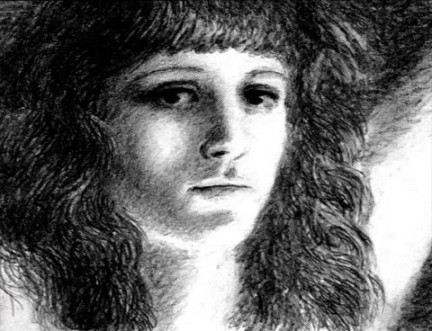 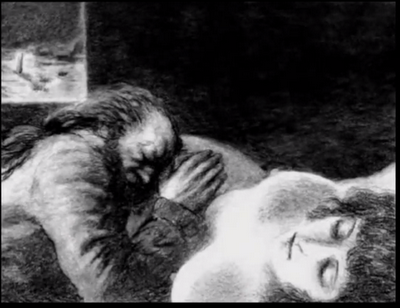 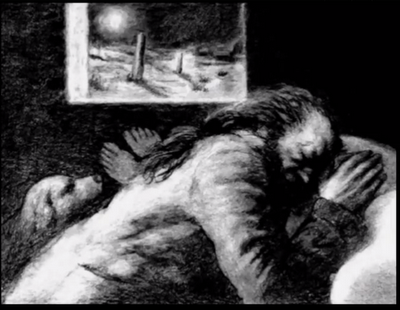 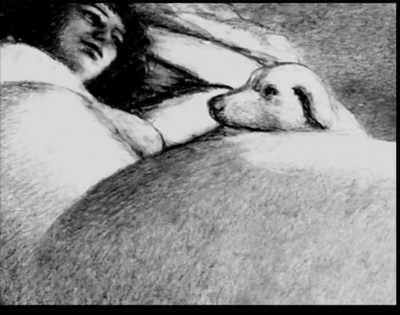 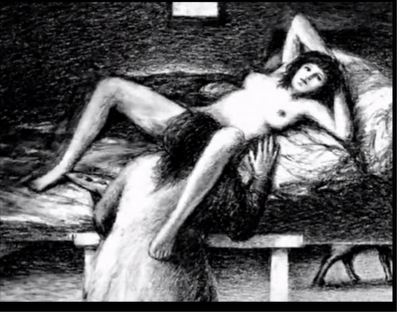 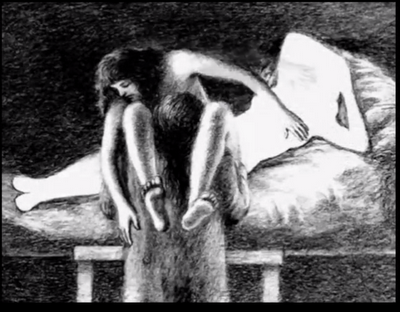 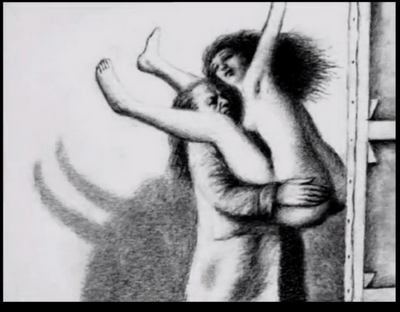 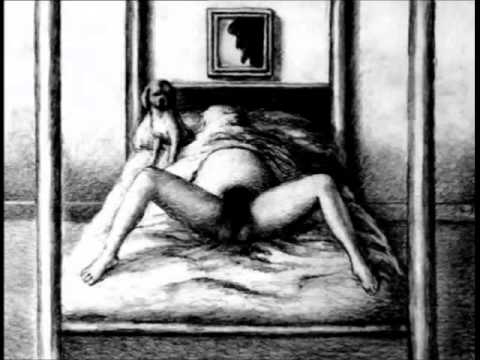 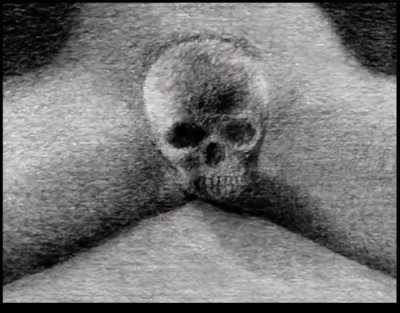 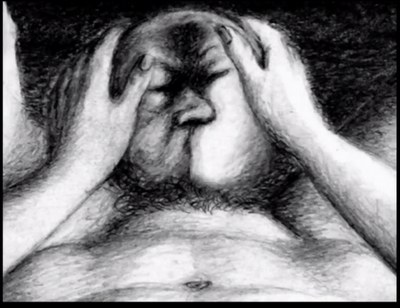 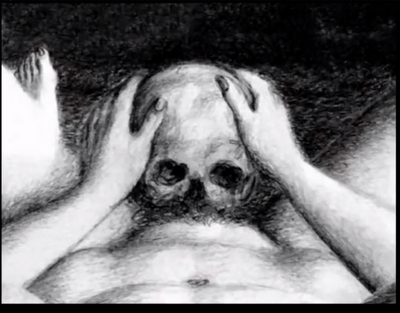 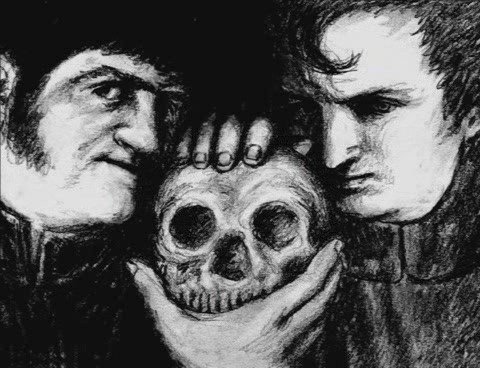 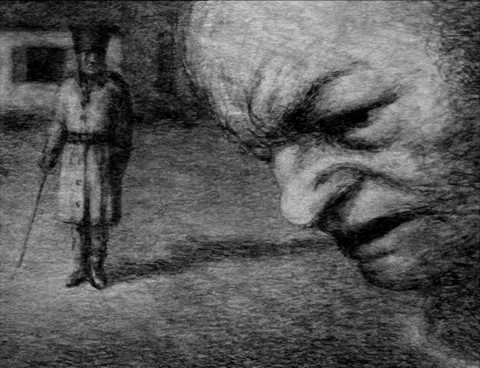 The drawings were made using Staedler pens and white card boards. Aute spent five years illustrating all the panels for the film

A Dog Called Pain is a film drawn and animated by singer/songwriter and artist turned filmmaker, Luis Eduardo Aute, who made more than four thousand drawings which were later processed with the digital technology for rending into 2D and 3D. It was a colossal enterprise that began with the first drawings in 1995. Aute has dedicated the past two years wholly to the film. The film borrows its name from the dog owned by the late Mexican painter Frida Kahlo.

The film, comprising seven stories or portraits, is focused on the artist-model relationship, and continuity is supplied by the dog, co-star of nearly all the episodes. Luis Eduardo Aute reconsiders the relations of such painters as Francisco de Goya, Marcel Duchamp, Pablo Picasso, Joaquín Sorolla, Julio Romero de Torres, Frida Kahlo, Salvador Dalí, and Diego Velázquez with their models, their environments, and their times. This reconsideration is, above all, a movie, and it employs the most classic film language, but at the same time it is a reflection about art and artists, their inner lives and their worlds.

In addition, homage is made in the film to such cinematic greats as Serguéi Eisenstein, Luis Buñuel, Groucho Marx and Woody Allen. One of the great triumphs of A Dog Called Pain is the sheer beauty of Aute’s projected images. Intimately paced, viewing the film is like a cinematic walk through a museum. At times, long-held images will have subtle movements such as a blink of an eye that creates the effect of the movie screen as a canvas. Nominated for a 2001 Goya (Spain’s Oscars) for Best Animated Film, A Dog Called Pain is a unique work of art.

The film, an exciting blend of humour, violence and sex – in a word, of art. The story employs the simplest resources of cinema, and is the singular creation of an artist in love with the camera, as well as with music and painting, two fields in which he has gained fame. Luis Eduardo Aute is a living Spanish national treasure, acclaimed and loved for his music, artwork and poetry.