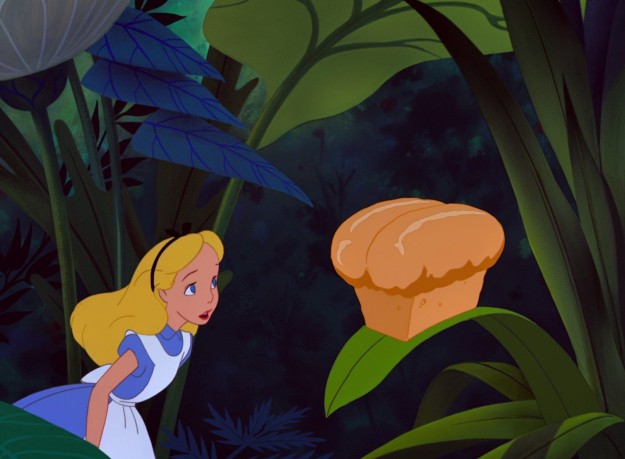 Stills from Alice in Wonderland (Clyde Geronimi; Wilfred Jackson and Hamilton Luske, 1951). This British-American animated fantasy comedy-adventure film was produced by Walt Disney Productions and based primarily on Lewis Carroll’s Alice’s Adventures in Wonderland with several additional elements from Through the Looking-Glass

‘And then there’s the Butterfly,’ Alice went on, after she had taken a good look at the insect with its head on fire, and had thought to herself, ‘I wonder if that’s the reason insects are so fond of flying into candles — because they want to turn into Snap-dragon-flies!’

‘Crawling at your feet,’ said the Gnat (Alice drew her feet back in some alarm), ‘you may observe a Bread-and-Butterfly. Its wings are thin slices of Bread-and-butter, its body is a crust, and its head is a lump of sugar.

‘And what does it live on?’

‘Weak tea with cream in it.’

A new difficulty came into Alice’s head. ‘Supposing it couldn’t find any?’ she suggested.

‘Then it would die, of course.’

‘But that must happen very often,’ Alice remarked thoughtfully.

‘It always happens,’ said the Gnat.

After this, Alice was silent for a minute or two, pondering. The Gnat amused itself meanwhile by humming round and round her head: at last it settled again and remarked, ‘I suppose you don’t want to lose your name?’

“God makes all things good; man meddles with them and they become evil.”

A beautiful, pure-hearted young woman, Maleficent, has an idyllic life growing up in a peaceable forest kingdom, until one day when an invading army threatens the harmony of the land. Maleficent rises to be the land’s fiercest protector, but she ultimately suffers a ruthless betrayal – an act that begins to turn her pure heart to stone. Bent on revenge, Maleficent faces a battle with the invading king’s successor and, as a result, places a curse upon his newborn infant Aurora. As the child grows, Maleficent realizes that Aurora holds the key to peace in the kingdom – and perhaps to Maleficent’s true happiness as well. 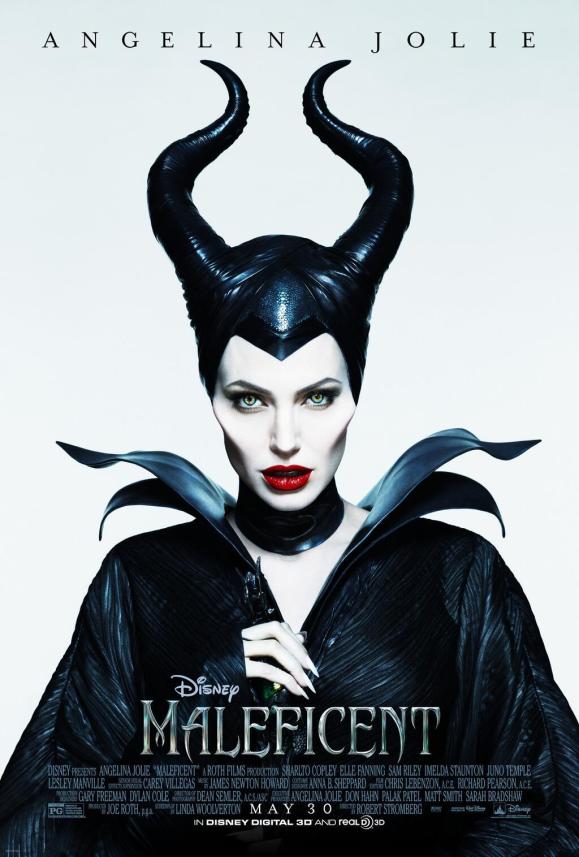 On May 12, 2009, it was revealed that Brad Bird was developing a live-action motion picture based on Walt Disney‘s Sleeping Beauty (Clyde Geronimi, Les Clark, Eric Larson, and Wolfgang Reitherman, 1959), retold from the point of view of Maleficent with Angelina Jolie starring as the eponymous character. In January 2010, it was rumored that Tim Burton was to direct the film. Reports surfaced online in May 2011 stating that Burton had left the project to focus on his other upcoming projects; Disney began to look for a replacement director, with David Yates being cited as a potential candidate due to his experience with the fantasy genre, having directed the final four Harry Potter films. On January 6, 2012, Disney announced that Robert Stromberg would direct the film.

The character is Disney’s version of the wicked fairy godmother from the original French fairy tale, loosely based on Carabosse from Tchaikovsky’s famous ballet

Maleficent (2014) marks the directorial debut of Robert Stromberg after serving as a visual effects supervisor on numerous films, including Master and Commander: The Far Side of the World (Peter Weir, 2003), and more significantly, as a production designer of Avatar (James Cameron, 2009), Alice in Wonderland (Tim Burton, 2010), and Oz the Great and Powerful (Sam Raimi, 2013); the first two films earned him consecutive Academy Awards for Best Production Design.

Angelina Jolie also said that “having a director (Robert Stromberg) coming from the world of production design really helped pull me into the fairy tale world. The film is beautiful but also has a sexy, dark edge because the story is coming from the point of view of a villain.” 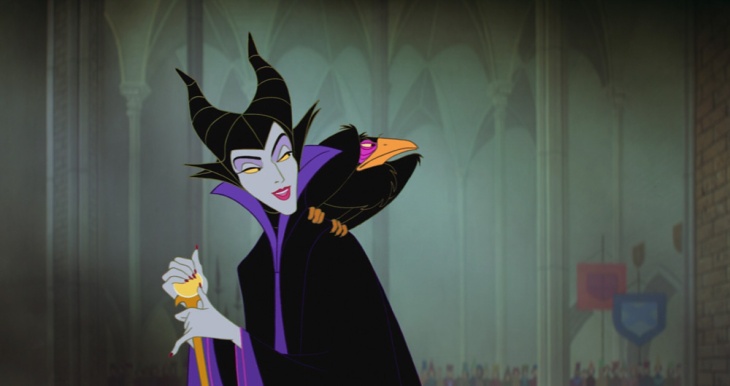 Angelina Jolie worked very closely with Anna B. Sheppard,the costume designer and make-up department to develop Maleficent’s menacing look. Disney executives objected, hoping to take advantage of Jolie’s beauty in marketing the film, but the actress insisted that the character maintain the scarier look of the animated incarnation. Maleficent’s prosthetics and make-up were inspired by singer Lady Gaga, particularly on her Born This Way album cover.

Angelina Jolie based her character’s speech and accent in homage of the original Sleeping Beauty voice actor Eleanor Audley. Her laughter in the film was also based on the best variation she tried in front of her children and chosen by them. 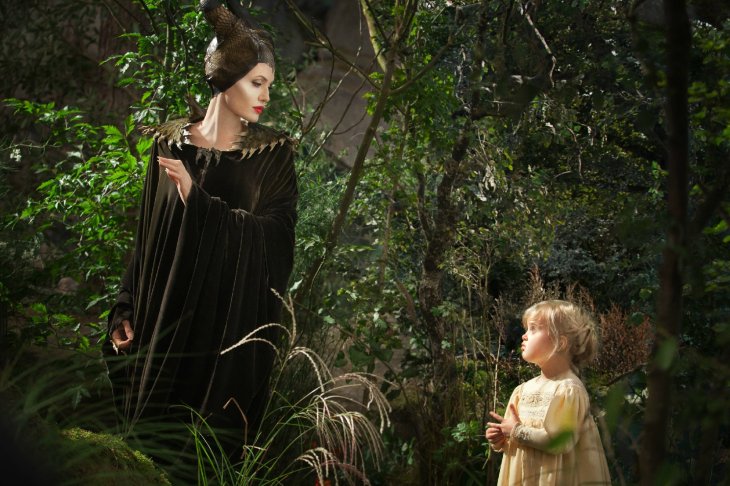 Vivienne Jolie-Pitt, who portrays Princess Aurora as a young girl, is the daughter of Angelina Jolie (who plays Maleficent in the movie) and Brad Pitt

Angelina Jolie was definitely interested to be in the movie to begin with. She repeatedly stated it was because 1.) she grew up on Disney movies as a child, especially Sleeping Beauty (1959); she was quite fond of the character Maleficent: “Since I was a little girl, Maleficent was always my favorite,” Jolie said. “I was terrified of her, but I was also drawn to her. I wanted to know more about her. She had this elegance and grace, yet she was wonderfully, deliciously cruel,” 2.) she wanted to a movie in which her children can go see her in, as well as the fact that her children really also wanted her to be in the movie, 3.) the beauty, warmth, complexity, and strong intelligence of the script, and 4.) she was very impressed with Maleficent’s characterization for this film. In fact, Jolie also served as an executive producer on the film.

Maleficent marked the first time that Elle Fanning has appeared in a film opposite Angelina Jolie, after starring opposite Brad Pitt, Jolie’s fiancé, in The Curious Case of Benjamin Button (David Fincher, 2008).