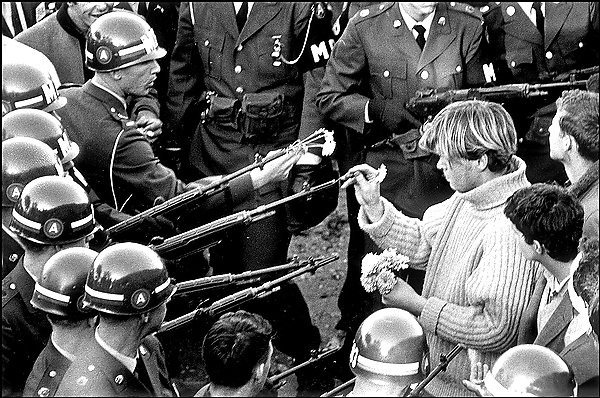 Flower power was a slogan used during the late 1960s and early 1970s as a symbol of passive resistance and non-violence ideology. It is rooted in the opposition movement to the Vietnam War. The expression was coined by the American beat poet Allen Ginsberg in 1965 as a means to transform war protests into peaceful affirmative spectacles. Hippies embraced the symbolism by dressing in clothing with embroidered flowers and vibrant colors, wearing flowers in their hair, and distributing flowers to the public, becoming known as flower children. The term later became generalized as a modern reference to the hippie movement and the so-called counterculture of drugs, psychedelic music, psychedelic art and social permissiveness.

Flower Power originated in Berkeley, California as a symbolic action of protest against the Vietnam War. In his November 1965 essay titled How to Make a March/Spectacle, Ginsberg advocated that protesters should be provided with “masses of flowers” to hand out to policemen, press, politicians and spectators. The use of props like flowers, toys, flags, candy and music were meant to turn anti-war rallies into a form of street theater thereby reducing the fear, anger and threat that is inherent within protests. In particular, Ginsberg wanted to counter the “specter” of the Hells Angels motorcycle gang who supported the war, equated war protesters with communists and had threatened to violently disrupt planned anti-war demonstrations at the University of California, Berkeley. Using Ginsberg’s methods, the protest received positive attention and the use of “flower power” became an integral symbol in the counterculture movement. 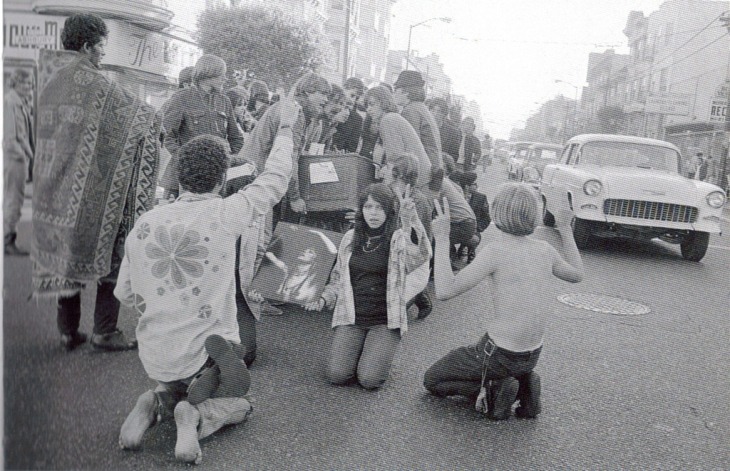 The iconic center of the Flower Power movement was the Haight Ashbury district in San Francisco, California. By the mid-1960s, the area, marked by the intersection of Haight and Ashbury Streets, had become a focal point for psychedelic rock music. At the end of summer 1967, The Diggers (a street theater group who combined spontaneous street theater with anarchistic action and art happenings) declared the “death” of the hippie movement and burned an effigy of a hippie in Golden Gate Park.

One thought on “A Symbol of Non-Violence Ideology”