Stills from Lisa the Skeptic (Directed by Neil Affleck and written by David X. Cohen)

Lisa the Skeptic is the eighth episode of The Simpsons‘ ninth season, first aired on November 23, 1997. On an archaeological dig with her class, Lisa discovers a skeleton that resembles an angel. All of the townspeople believe that the skeleton actually came from an angel, but skeptical Lisa attempts to persuade them that there must be a rational scientific explanation. The episode’s writer, David X. Cohen, developed the idea after visiting the American Museum of Natural History, and decided to loosely parallel themes from the Scopes Monkey Trial in Dayton, Tennessee, which dealt with issues of separation of church and state and the debate between creationism and evolution. The episode received generally positive reviews.

It has been discussed in the context of virtual reality, ontology, existentialism, and skepticism; it has also been used in Christian religious education classes to initiate discussion about angels, skepticism, science, and faith. 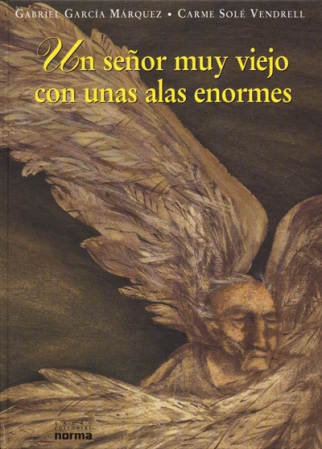 Un señor muy viejo con unas alas enormes (A Very Old Man with Enormous Wings), is a short story by author Gabriel García Márquez written in 1955. It was inspired by a young boy named Armand Tait and his life as a farmer.

A group of The Simpsons enthusiasts at Calvin College have also analyzed the religious and philosophical aspects of the episode, including the issue of faith versus science. The episode has been compared with Gabriel García Márquez’s short story A Very Old Man with Enormous Wings and utilized as a teaching tool in a Saugerties, New York grade school class. In an exam on the subject, students were asked to use details from both  A Very Old Man with Enormous Wings and Lisa the Skeptic, in order to analyze the quotation “Appearances can be deceiving”.