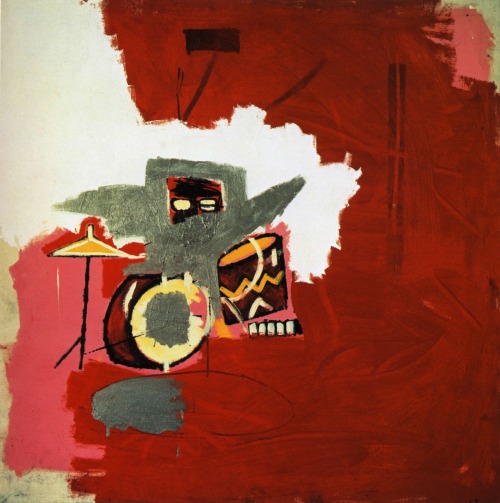 Into the solemn church, and scatter the congregation,

Into the school where the scholar is studying,

Leave not the bridegroom quiet—no happiness must he have now with his bride,

Nor the peaceful farmer any peace, ploughing his field or gathering his grain,

So fierce you whirr and pound you drums—so shrill you bugles blow.

Over the traffic of cities—over the rumble of wheels in the streets;

Are beds prepared for sleepers at night in the houses? no sleepers must sleep in those beds,

No bargainers’ bargains by day—no brokers or speculators—would they continue?

Would the talkers be talking? would the singer attempt to sing?

Would the lawyer rise in the court to state his case before the judge?

Make no parley—stop for no expostulation,

Mind not the old man beseeching the young man,

Let not the child’s voice be heard, nor the mother’s entreaties,

Make even the trestles to shake the dead where they lie awaiting the hearses,

“I never know how to describe my work. It’s not always the same thing. It’s like asking Miles, ‘How does your horn sound?’”
Jean Michel Basquiat

What attracted Basquiat to bebop is the way it used repetition, reproduction, and improvisation to transform, or “artistically other”, the shape and meaning of somebody else’s originals, and to do so in the name of black protest against the restrictive social structures of American Racism. For LeRoi Jones, what most characterized bebop was its “antiassimilationist sound”, its rapid improvisations, its jagged time shifts, its wild solo flights, its embrace of melodic and rhythmic dissonance-its willfully harsh resistance to being swallowed up into the unisonance of American harmony. Bebop musicians understood the importance of communicating their racial difference from the American mainstream through their music.

While bebop was the music Basquiat inherited from the radical past, it was the radical present of hip-hop that he was born into. Basquiat was coming up as a painter and graffiti tagger on the streets and subways of New York City just as the music culture of hip-hop was being born on the very same streets and on the very same subways. In many ways Basquiat was hip-hop’s first galley artist, the first audiovisual hip-hopper to be legitimized, popularized, and substantively supported by the official New York art world.

Bebop en Cave Vieux Colombier, photo by Robert Doisneau, Saint-Germain-des-Prés, Paris, 1951.
After the Second World War, this Parisian neighborhood became the center of intellectuals and philosophers, actors and musicians. Existentialism co-existed with jazz in the cellars on the rue de Rennes.

Bebop or bop is a style of jazz characterized by a fast tempo, instrumental virtuosity, and improvisation based on the combination of harmonic structure and sometimes references to the melody. It was developed in the early and mid-1940s. This style of jazz ultimately became synonymous with modern jazz, as either category reached a certain final maturity in the 1960s.

As the Beat movement was getting underway, bebop was already going strong, especially in New York City, where 52nd Street was bustling with activity in jazz clubs up and down its length. Bebop was an innovative style of jazz which saw its heyday in the ’40s, characterized by smaller combos as opposed to big bands and a larger focus on virtuosity. Bebop’s renaissance came about in the heart of New York City, where musicians like Dizzy Gillespie, Thelonious Monk, Charlie Parker, Max Roach and Miles Davis were ushering in a new era for jazz music.

Jack Kerouac, Allen Ginsberg and friends spent much of their time in New York clubs such as the Red Drum, Minton’s, the Open Door and other hangouts, shooting the breeze and digging the music. Charlie Parker, Dizzy Gillespie and Miles Davis rapidly became what Allen Ginsberg dubbed “Secret Heroes” to this group of aesthetes.

Why did jazz suddenly become such a driving force behind the writings of the Beat authors? What similarities can we find between jazz musicians and the Beats? Perhaps the most obvious comparison we can make is indicated by the very word “beat.”

“The word ‘beat’ was primarily in use after World War II by jazz musicians and hustlers as a slang term meaning down and out, or poor and exhausted”. Kerouac went on to twist the meaning of the term “beat” to serve his own purposes, explaining that it meant “beatitude, not beat up. You feel this. You feel it in a beat, in jazz real cool jazz”.

The Beat authors borrowed many other terms from the jazz/hipster slang of the ’40s, peppering their works with words such as “square,” “cats,” “nowhere,” and “dig.” But jazz meant much more than just a vocabulary to the Beat writers. To them, jazz was a way of life, a completely different way to approach the creative process. In his book Venice West, John Arthur Maynard writes:

Jazz served as the ultimate point of reference, even though, or perhaps even because, few among them played it. From it they adopted the mythos of the brooding, tortured, solitary artist, performing with others but always alone. They talked the talk of jazz, built communal rites around using the jazzman’s drugs, and worshipped the dead jazz musicians most fervently. The musician whose music was fatal represented pure spontaneity.

Thus, without the Beats, the jazz movement would probably have rolled right along. But, as we have seen, the Beat movement relied heavily upon the genius of great such as Charlie Parker and Miles Davis for the inspiration that produced such valuable works like Kerouac’s On the Road and Ginsberg’s Howl. How fortunate that the two movements coincided at just the right time.

“When I sit down to work, I keep a small bowl of garlic croutons on my desk. These are little rewards for good ideas and strong lines, Pavlovian pellets to keep my spirits up. Recently, I began to wonder what fuel writers have relied on, and the answers turned out to be all over the culinary map. Walt Whitman began the day with oysters and meat, while Gustave Flaubert started off with what passed for a light breakfast in his day: eggs, vegetables, cheese or fruit, and a cup of cold chocolate. The novelist Vendela Vida told me she swears by pistachios, and Mark Kurlansky, the author of “Salt” and “Cod,” likes to write under the influence of espresso, “as black as possible.” For some writers, less is more. Lord Byron, a pioneer in fad diets as well as poetry, sipped vinegar to keep his weight down. Julia Scheeres, the author of the memoir “Jesus Land,” aims for more temporary deprivation. “When in the thick of writing I minimize food intake as much as possible,” she told me. “I find I work better when I’m a little starved.”

Sunshine Superman is a song written and recorded by British singer-songwriter Donovan. The Sunshine Superman single was released in the United States through Epic Records in July 1966, but due to a contractual dispute the United Kingdom release was delayed until December 1966. It has been described as having, “proven to be [one of the] classics of the era,” and as, “the quintessential bright summer sing along”.

By 1966, Donovan had shed the overt Bob Dylan/Arlo Guthrie influences and become one of the first British pop musicians to adopt a flower power image. More importantly, his music was developing and changing rapidly as he immersed himself in jazz, blues, Eastern music, and the new generation of U.S. West Coast bands such as Jefferson Airplane and The Grateful Dead. He was now entering his most creative and original phase as a songwriter and recording artist, working in close collaboration with Mickie Most and especially with arranger, musician, and jazz fan John Cameron. Their first collaboration was “Sunshine Superman”, one of the first overtly psychedelic pop records.

Sunshine Superman reached the top of the Billboard Hot 100 in the United States, and subsequently became the title track of Donovan’s eponymous third album. The song was written for Donovan’s future wife Linda Lawrence. The lyrics of the song mention not only Superman, but also another DC Comics superhero, Green Lantern.

By the way, writer Grant Morrison referenced the song in an issue of Animal Man by creating Sunshine Superman, an African American version of Superman who was a member of the Love Syndicate of Dreamworld, from a world based on the drug culture of the 1960s.

Beautiful Stranger is a song by American singer Madonna and was released on May 29, 1999 by Maverick Records. It was written and produced by Madonna and British songwriter and musician William Orbit, who had previously worked on the 1998 studio album Ray of Light. The song was written for the soundtrack and motion picture Austin Powers: The Spy Who Shagged Me (Jay Roach, 1999). Mike Myers who plays the main role in the film, also appeared in the accompanying music video, directed by Brett Ratner. Beautiful Stranger is an up-tempo love song featuring heavily reverberated guitars and bouncy drum loops with lyrics telling a tale of romantic infatuation.It employs a lyrical theme and instrumentation similar to that found in the song Amazing which is included on Madonna’s album Music (2000).