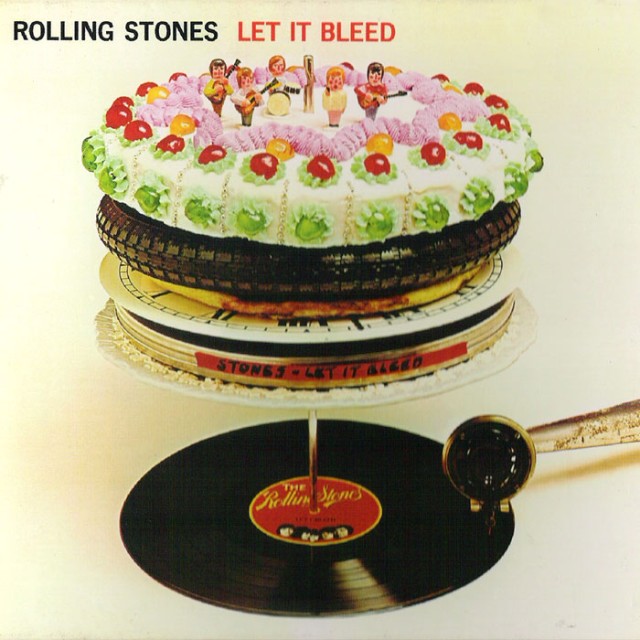 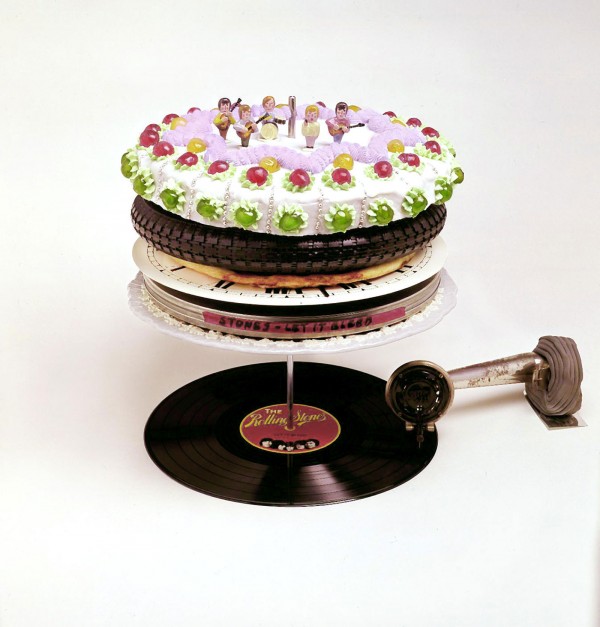 Let It Bleed (1969) was the Rolling Stones’ eighth UK album. But only the second to not feature a group portrait

The image consists of the Let It Bleed record being played by the tone-arm of an antique phonograph, and a record-changer spindle supporting several items stacked on a plate in place of a stack of records: a tape canister labelled Stones – Let It Bleed, a clock face, a pizza, a tyre and a cake with elaborate icing topped by figurines representing the band. The cake parts of the construction were prepared by then-unknown cookery writer Delia Smith. The reverse of the LP sleeve shows the same “record-stack” melange in a state of disarray. The artwork was inspired by the working title of the album, which was Automatic Changer 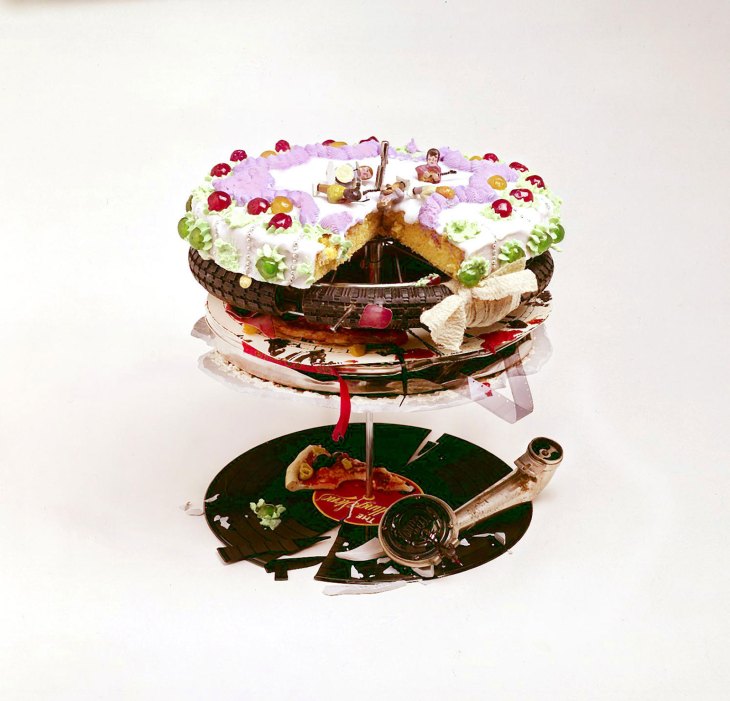 Many people believe that “Let It Bleed” was a take on The Beatles‘ song/album Let It Be. The titles are very similar, and there was a running history of the Stones and the Beatles tweaking each other. The Stones’ Let It Bleed was released months before Let It Be, but the songs from Let It Be had been recorded earlier than most of the songs in Let It Bleed.

The lyrics include a number of drug and sexual references; however, to Allmusic critic Richie Unterberger, the song is mainly about “emotional dependency,” with Mick Jagger willing to accept a partner who want to lean “on him for emotional support.” Unterberger also asserts that Let It Bleed may be “the best illustration” of the way the Rolling Stones make “a slightly sloppy approach work for them rather than against them.”