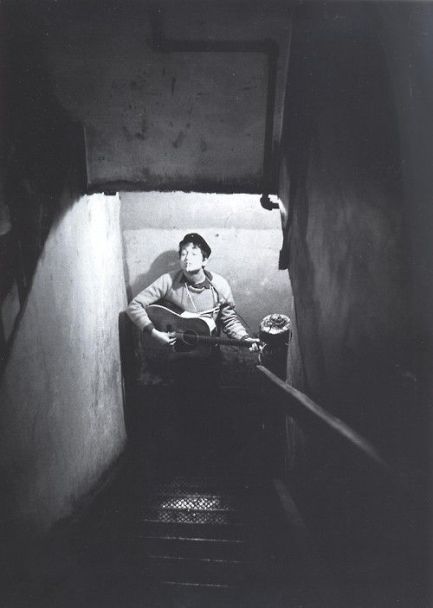 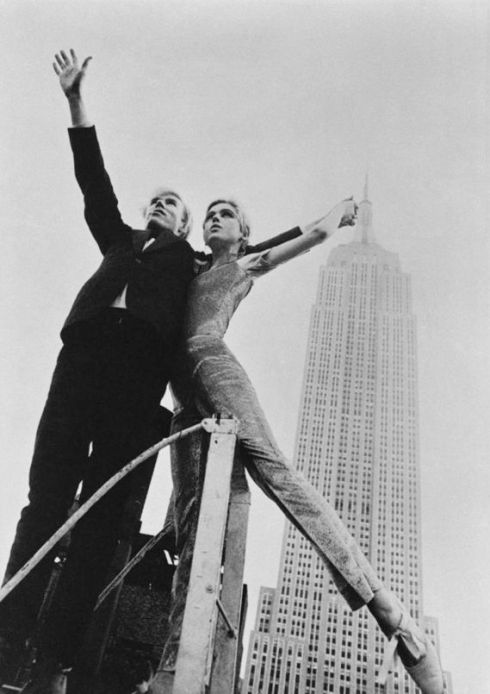 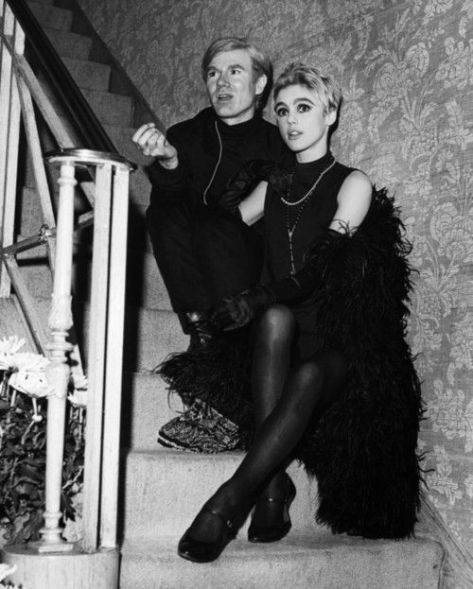 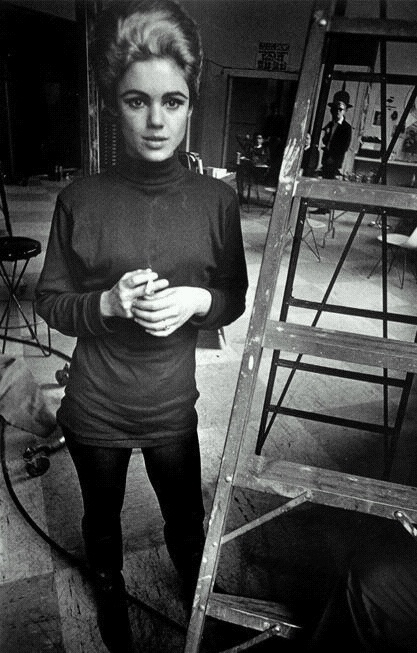 “Life is like a sewer: what you get out of it depends on what you put into it.” 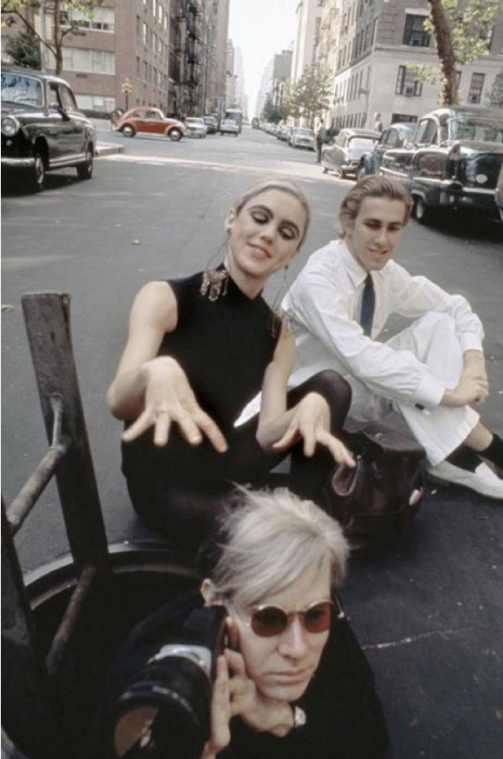 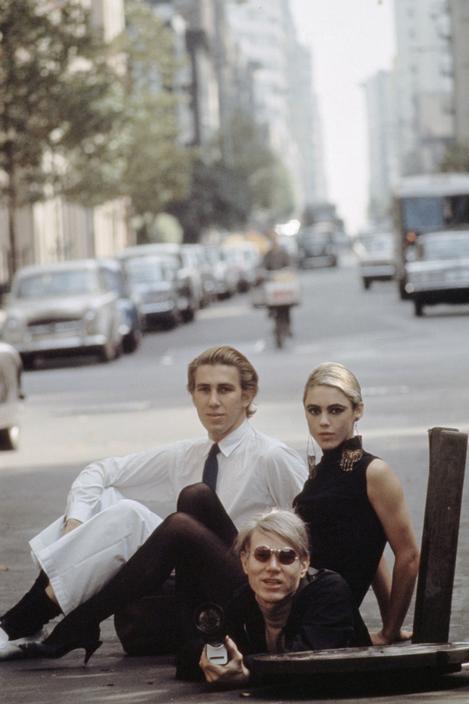 “When I do good, I feel good. When I do bad, I feel bad. That’s my religion”
Abraham Lincoln 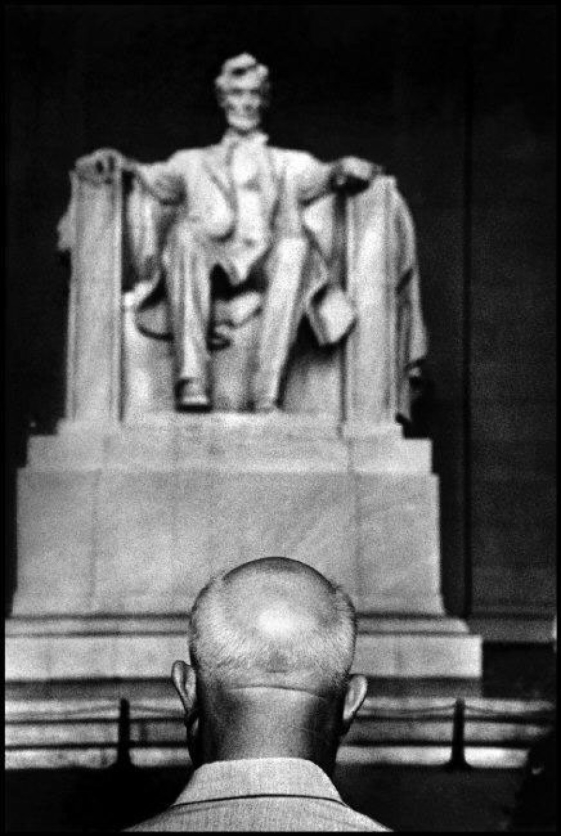 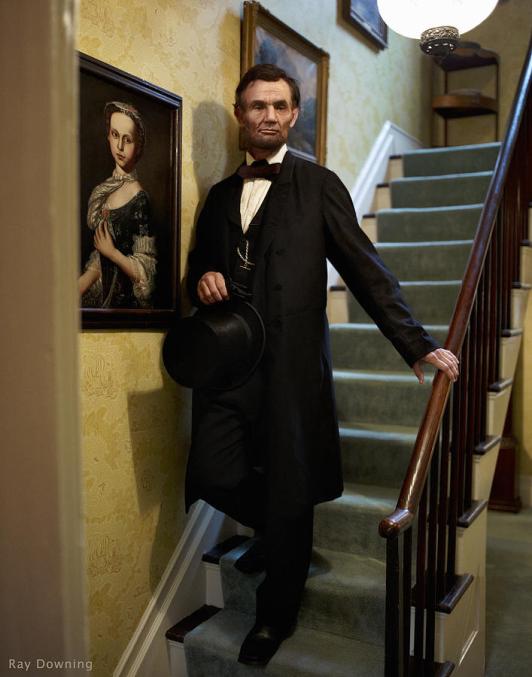 Springfield in 1835 was a busy town of more than 2,000 people. Compared to New Salem or Pigeon Creek, it seemed like a big city to Lincoln. Lincoln rode into town on his horse, his only belongings hanging from the saddle in two big sacks, and his dusty top hat drawing attention from all the passersby. Along the busy street were saloons, hotels, cafes, and even a theater where townspeople went to hear speeches. A theater for speeches! Lincoln thought. That’s a far cry from a tree stump or the general store.
And perhaps because it was the one kind of place that seemed familiar to him, Abraham stopped at a general store. The owner, a young man with handsome face and a wide smile, came out to greet Lincoln.
“What can I do for you today? The owner asked.
“Well,” Lincoln said slowly, looking around,
“I’m new to town. I don’t know quite yet what I’ll need, but…”
“Welcome then! My name’s Joshua Speed”
Speed reached out and shook Lincoln’s hand. “Where will you be living?”
Lincoln paused, somewhat embarrassed. “That’s a good question, Mr. Speed. You see, my finances are such that I’m not certain I can afford a room here in Springfield-and yet, here I am”.
Speed looked carefully at Lincoln. Years later, he would recall, “I never saw a sadder face”. And something about Lincoln’s sadness touched Speed.
“I’ll tell you what,” Speed replied. “I have a room I would be glad to share with you.
In the 1800s, sharing rooms and even beds was very common. Housing was extremely limited in frontier areas such as Springfield, so Lincoln did not find it odd that a bachelor storekeeper might offer to share his room. On the contrary, Lincoln was very pleased.
“What part of town might this room be in” Lincoln asked.
Speed laughed out loud. “Why, sir, it’s right up these stairs”, he said pointing a long staircase that led above the store.
Lincoln ran up the stairs, his long legs covering three steps at a time. Within a minute he ran back down the stairs with a bright smile replacing his sadness.
“Well, Speed, it looks good to me”, he said sincerely. “I’ll take it”.
And that first meeting led to one of the strongest and longest-lasting friendships Abraham Lincoln ever had.

Excerpt from Abraham Lincoln: A Giant Among Presidents (Townsend Library)
By Tanya Savory

Abraham Lincoln moved to Springfield, Illinois as a young attorney. Abraham Lincoln and Joshua Fry Speed became friends on April 15, 1837. Joshua Speed, the younger of the two, was the son of Judge James and Lucy (Fry) Speed. Raised at Farmington, the family’s plantation estate near Louisville, Joshua received a superb private education and a year at St. Joseph’s Academy before moving to Springfield in 1835.

During 1837-41, Lincoln’s friendship with Joshua Speed flourished. Speed introduced his socially awkward friend to Ninian and Elizabeth (Todd) Edwards—in whose home he met his future wife, Mary Todd of Lexington. Their most intense period of friendship culminated in the few weeks they spent together at Farmington in 1841. Soon after, Joshua returned to Louisville, marrying Fannie Henning in 1842, and quickly becoming an active member of the community.

By 1860, Speed was a Democrat. He disagreed with Lincoln over slavery, stringently protested John C. Fremont’s proclamation of military emancipation, and advised Lincoln against issuing the Emancipation Proclamation. Yet, during the Civil War he remained one of Lincoln’s most loyal friends and an important Kentucky Unionist. Early on, he assisted in the distribution of “Lincoln guns.” Throughout the war, he kept Lincoln abreast of the situation in Kentucky and made numerous confidential trips to Washington. Two weeks before Lincoln’s assassination, Joshua Speed saw his friend one last time.

“Faith is taking the first step even when you don’t see the whole staircase”
Dr. Martin Luther King, Jr. 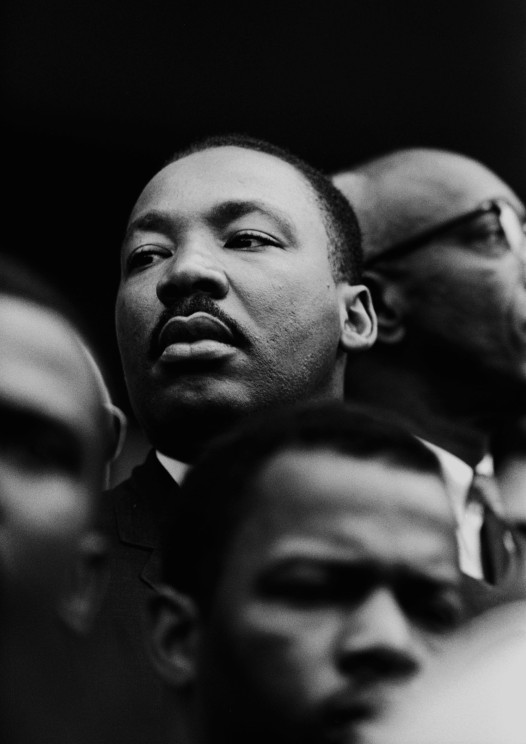 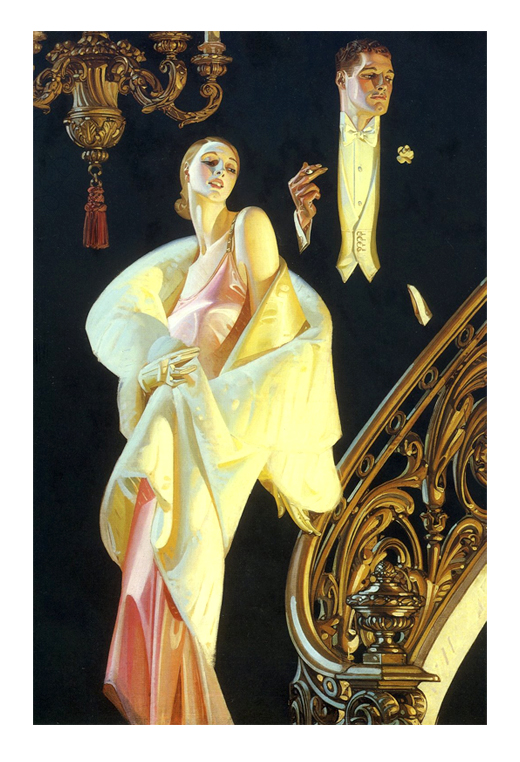 “Not what we say about our blessings, but how we use them, is the true measure of our thanksgiving.”

“Thanksgiving Day, a function which originated in New England two or three centuries ago when those people recognized that they really had something to be thankful for — annually, not oftener — if they had succeeded in exterminating their neighbors, the Indians, during the previous twelve months instead of getting exterminated by their neighbors, the Indians. Thanksgiving Day became a habit, for the reason that in the course of time, as the years drifted on, it was perceived that the exterminating had ceased to be mutual and was all on the white man’s side, consequently on the Lord’s side; hence it was proper to thank the Lord for it and extend the usual annual compliments.”

“So once in every year we throng
Upon a day apart,
To praise the Lord with feast and song
In thankfulness of heart.” 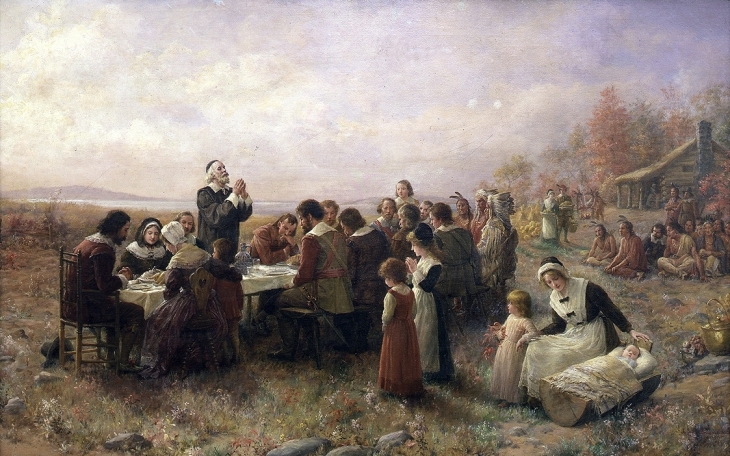 The First Thanksgiving at Plymouth, by Jennie A. Brownscombe, 1914

Illustration by Norman Rockwell for The Literary Digest, November 22, 1919

For each new morning with its light,
For rest and shelter of the night,
For health and food,
For love and friends,
For everything Thy goodness sends.

For flowers that bloom about our feet;
For tender grass, so fresh, so sweet;
For song of bird, and hum of bee;
For all things fair we hear or see,
Father in heaven, we thank Thee!

Alanis Morissette and Glen Ballard wrote Thank U after returning from a trip to India in 1997. The song expresses the heartfelt gratitude which she felt at the time. The lyrics, such as “thank you terror” and “thank you frailty”, lend the song a sense of lyrical reflection on cynicism, despair, personal triumph and hope. Thank U is Morissette’s most commercially successful post-Jagged Little Pill single. The music video was directed by Stéphane Sednaoui.

“God can be realized through all paths. All religions are true. The important thing is to reach the roof. You can reach it by stone stairs or by wooden stairs or by bamboo steps or by a rope. You can also climb up by a bamboo pole.” 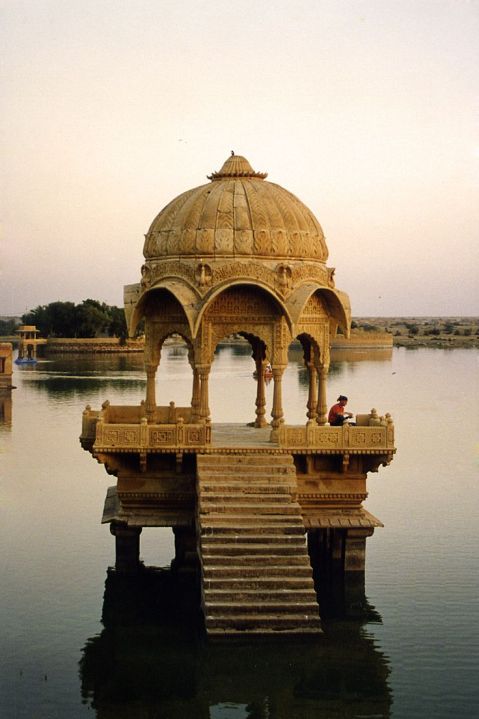 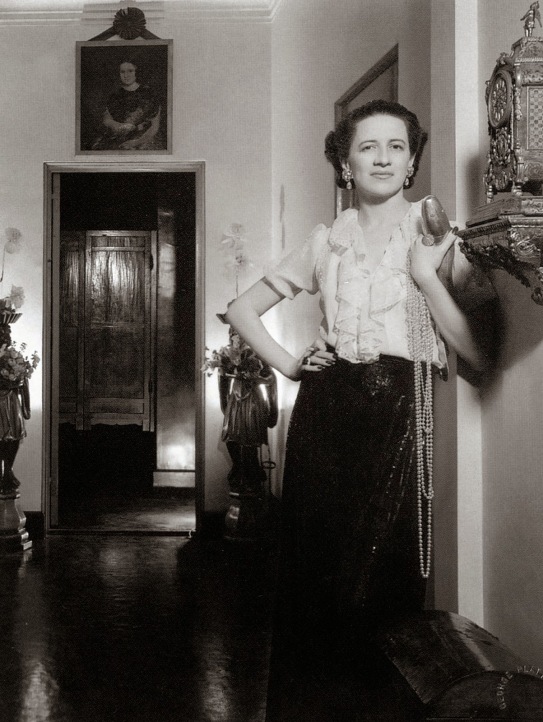 Diana Vreeland in the entrance hall of her apartment at 400 Park Avenue, New York 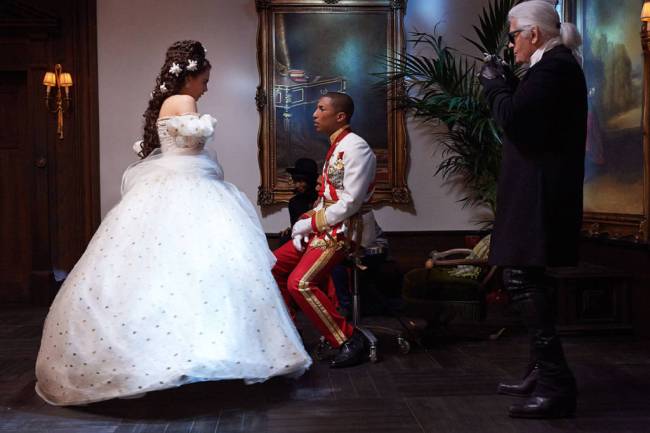 Chanel has given us a preview of the forthcoming project starring Cara Delevingne and Pharrell Williams—and it looks as though the model has been transformed into a modern day Cinderella, with Williams as her Prince Charming. The pair, posing as Empress Elisabeth of Austria (Sisi) and Franz Joseph I, Emperor of Austria, feature in a film directed by Karl Lagerfeld, to be unveiled during the Metiers d’Art show in Salzburg, Austria, on 2 December.

The film, Reincarnation, will pay homage to the iconic Chanel jacket and is set to an original song composed and performed by Williams, CC The World. Both the singer and the model will also appear in the accompanying campaign imagery for the Metiers d’Art collection.

“It was time to show the origins of the Chanel jacket, inspired by the one worn by the lift attendant in a hotel near Salzburg in the 1950s,” says Lagerfeld. “Reincarnation is the story of a lift attendant’s jacket being reincarnated as a timeless piece of women’s wear.”

It’s reported that six-year-old Chanel favourite Hudson Kroenig also appears in the film, alongside Geraldine Chaplin as Gabrielle ‘Coco’ Chanel. The story follows a chapter in the life of the legendary designer, who is holidaying in the suburbs of Salzburg in 1954. At her hotel she meets a young lift-boy played by Williams.

Text by By Sarah Karmali for Harper’s Bazaar

To watch the teaser, please take a look at The Genealogy of Style‘s Facebook page: https://www.facebook.com/pages/The-Genealogy-of-Style/597542157001228?ref=hl