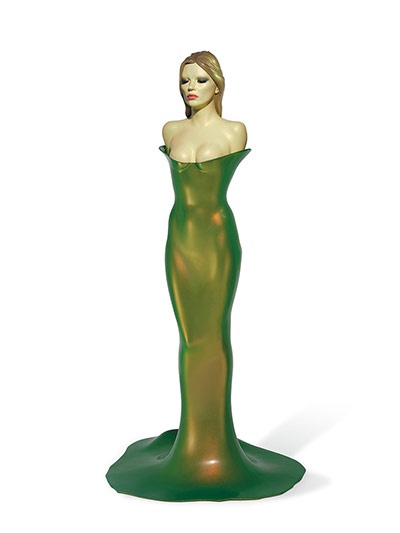 Model by Allen Jones, 2013. With a whiff of art nouveau, it pays homage to her love of a vintage frock 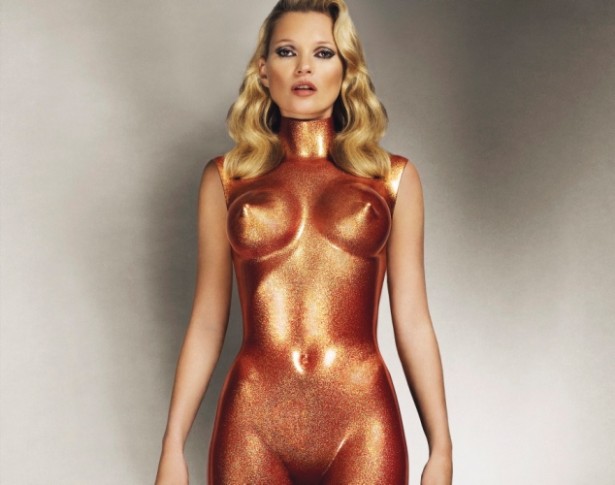 ‘Photography has replaced the artist’s eye in the depiction of reality. For most people Kate exists as a photograph. It is harder to draw somebody than to take their photograph. Painting Kate was a challenge in my world, but first I wanted to prove myself in her world — the world of professional photography.’

Porcelain Kate on white background, Nick Knight, 2013.
Moss and Knight have collaborated often – but this is the photographer turning his muse into something 3D, a sculpture. Still, Moss is an angel here so reality is still a long way off 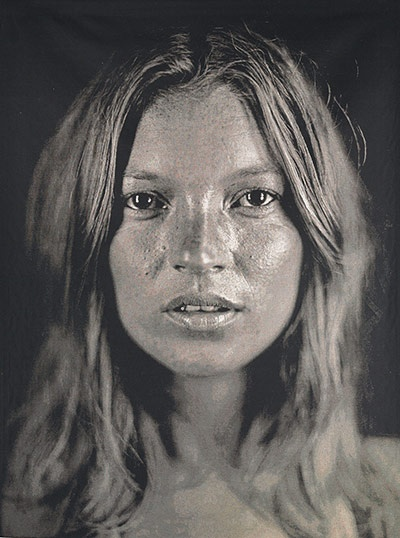 Kate Jacquard Tapestry by Chuck Close, 2007.
Close, a famously meticulous artist, turns Kate into a tapestry. All about a stripped back and natural Moss, this is a reprise – in thread – of Close’s 2003 daguerreotype portrait of her 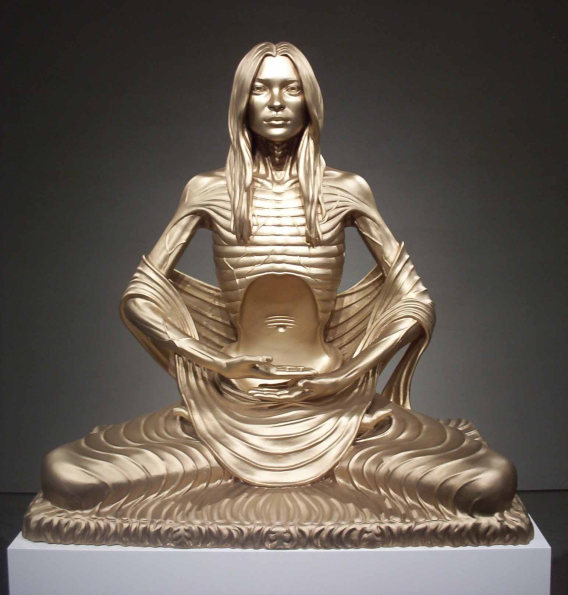 One of the world’s best-known faces, Kate Moss has long been a favorite of Mario Testino, Bruce Weber, Juergen Teller and a legion of top fashion photographers. But her latest incarnation as a gleaming goddess provides new confirmation that she’s equally as popular with artists.

In fact, the world’s most enduring super-model has probably been portrayed more often than anyone in recent history, and an ever-growing body of art testifies to the true cultural icon she’s become.

The emergence of BritArt, which started to make its presence felt when Kate was already an international star, was certainly a major factor. Moss hung out with Damien Hirst, became pals with Tracey Emin, and at one point was said to be romantically involved with Jake Chapman. Painter Gary Hume famously portrayed Kate in 1996, and it wasn’t long before others followed suit.

In September 2003, W Magazine commissioned leading American art stars to produce their own take on Kate.

“Andy Warhol was reasonably well-known by the time he came to see me, although he was still being called Raggedy Andy, not because his work was sloppy, but because of his appearance. He’d had success with book-jacket designs for such publishers as New Directions and with his drawings and paintings for I. Miller shoe ads – and I knew I. Miller – but stories about his mishaps were making the rounds. When he’d zipped open his portfolio to show his work to the art director at Harper’s Bazaar, a cockroach had crawled out. Poor boy, that Raggedy Andy. But Harper’s had given him assignments. He won awards for his work, for his ‘commercial’ art, and he never pretended a difference between what he did to survive and what he called his art. To his credit, I think it was all the same to him. He was a very busy young man. I used Warhol’s art in several of my perfume windows at Bonwit’s. In July 1955, just before my work began at Tiffany’s, I made some wooden fences, and he covered them with graffiti for a series of windows. They were fun, full of a childish playfulness.”

In the summer of 1955 Andy Warhol‘s career as a commercial artist took a new turn when Gene Moore hired him to provide artwork for the windows of the Bonwit Teller department store. Moore had arrived in New York in 1935, hoping to become a fine artist, and had ended up a window dresser. One of the jobs Moore took to support himself in New York was making paper mache flowers for the Bob Smith Display Company. When one of Smith’s customers, Jim Buckley, was made the display director of I. Miller Shoes in approximately 1937, he hired Moore to be his assistant. By the following year, Moore was also doing window dressing for Bergdorf Goodman’s and Delman’s department stores. In 1945 he was appointed the display director for Bonwit Teller. Moore often modeled his mannequins on Hollywood stars like Vivien Leigh and Audrey Hepburn, and was responsible for introducing the belly button on mannequins.

The cockroach story became part of Warhol’s legend. It was repeated in The Philosophy of Andy Warhol (From A to B and Back Again). However, according to the painter Philip Pearlstein, the incident had actually happened to him, not to Warhol. 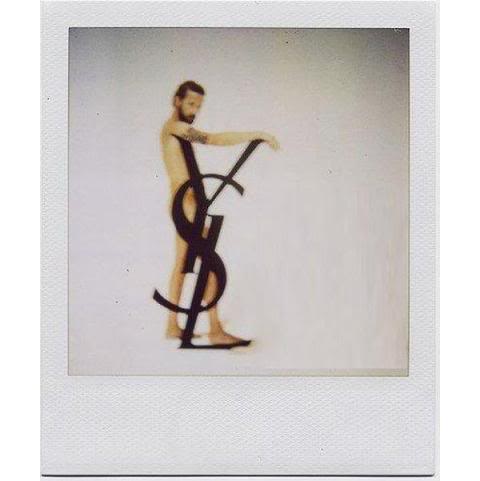