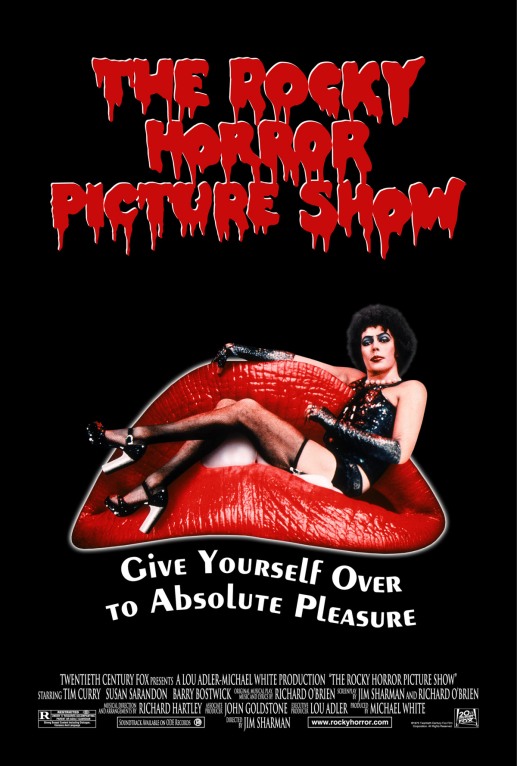 The Rocky Horror Picture Show is a 1975 musical comedy horror film directed by Jim Sharman. The screenplay was written by Sharman and Richard O’Brien based on the 1973 eponymous musical stage production, also written by O’Brien. The production is a humorous tribute to the science fiction and horror B movies of the late 1930s through early 1970s. It stars Tim Curry, Susan Sarandon and Barry Bostwick along with cast members from the original Royal Court Theatre, Roxy Theatre and Belasco Theatre productions. The film production retains many aspects from the stage version such as production design and music, but features new scenes added not in the stage play. The originally proposed opening sequence was to contain clips of various films mentioned in the lyrics, as well as the first few sequences shot in black and white, but this was deemed too expensive, and scrapped.

Although largely ignored upon release, it soon gained notoriety as a midnight movie when audiences began participating with the film at the Waverly Theater in New York City in 1976. Audience members returned to the cinemas frequently and talked back to the screen and began dressing as the characters, spawning similar performance groups across the United States. Still in limited release nearly four decades after its premiere, it has the longest-running theatrical release in film history. Today, the film has a large international cult following and is one of the most well-known and financially successful midnight movies of all time.

Richard O’Brien, a Briton raised in New Zealand, was living in London as an unemployed actor in the early 1970s. He wrote most of The Rocky Horror Show during one winter just to occupy himself. Since his youth, O’Brien had loved science fiction and B horror movies. He wanted to combine elements of the unintentional humour of B horror movies, portentous dialogue of schlock-horror, Steve Reeves muscle flicks and fifties rock and roll into his musical. 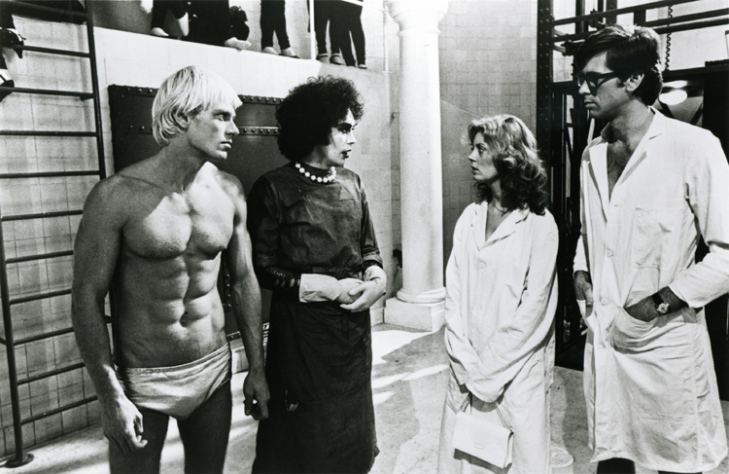 O’Brien showed a portion of the unfinished script to Australian director Jim Sharman, who decided to direct it at the small experimental space Upstairs at the Royal Court Theatre, Sloane Square, Chelsea, which was used as a project space for new work. O’Brien had appeared briefly in Andrew Lloyd Webber‘s Jesus Christ Superstar, directed by Sharman and the two also worked together in Sam Shepard‘s The Unseen Hand. Sharman would bring in production designer Brian Thomson. The original creative team was then rounded out by costume designer Sue Blane and musical director Richard Hartley, and stage producer Michael White was also brought in to produce. As the musical went into rehearsal, the working title, They Came from Denton High, was changed just before previews at the suggestion of Sharman to The Rocky Horror Show.