“The Orpheus myth is the original love triangle, Romeo and Juliet kind of story. Lyrically, it’s not literally about my life. I feel like I’m kind of a bit of a sponge in a way. Like, if people around me are going through things, I find it very hard not to be empathetic.”
Win Butler 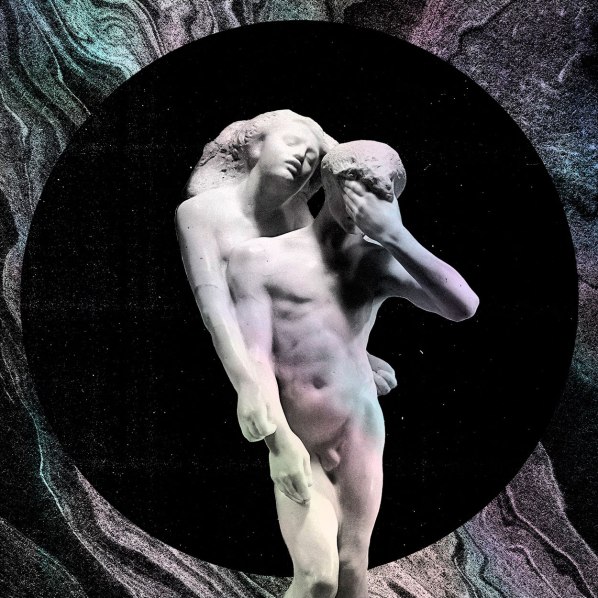 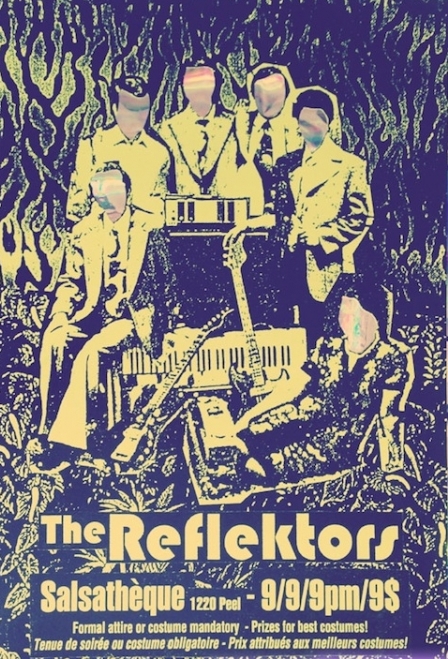 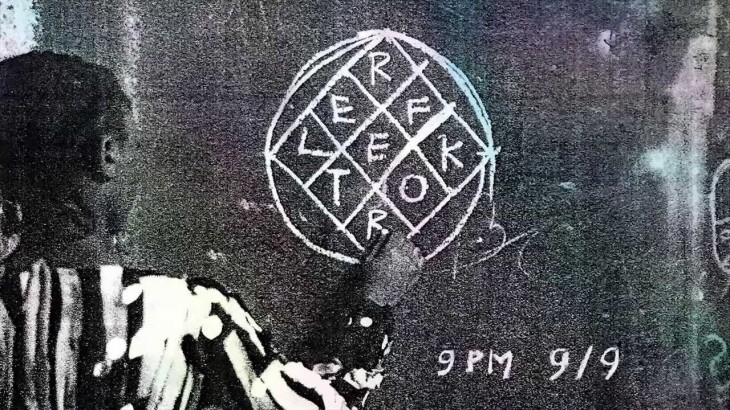 Influenced by Haitian rara music, the film Black Orpheus (Marcel Camus, 1959) and Søren Kierkegaard‘s essay, The Present Age, Reflektor‘s release was preceded by a guerrilla marketing campaign inspired by veve drawings, and the release of a limited edition single, Reflektor, credited to the fictional band, The Reflektors, on September 9, 2013.

The eponymous first single was produced by James Murphy, Markus Dravs and the band itself, and features a guest vocal appearance by David Bowie and was released on a limited edition 12″ vinyl credited to the fictional band, The Reflektors. The music video was directed by Anton Corbijn.

The music video can be seen on The Genealogy of Style‘s Facebook Page:https://www.facebook.com/pages/The-Genealogy-of-Style/597542157001228 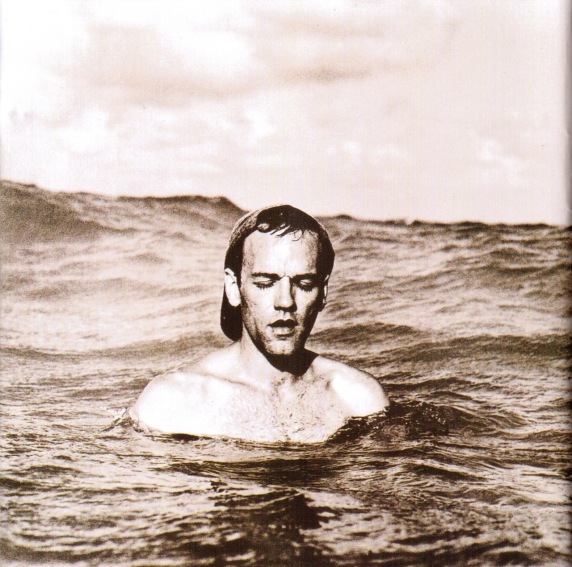 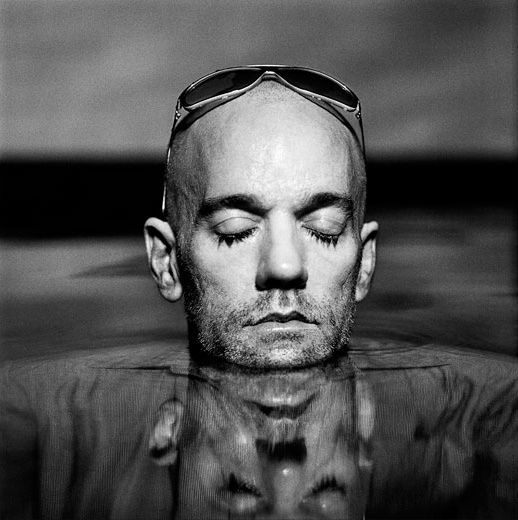 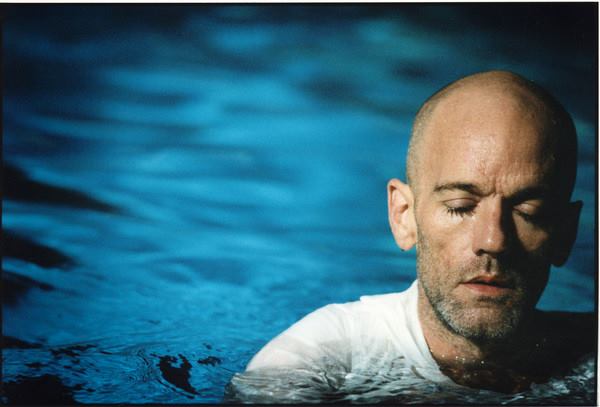 The photograph on the dashboard taken years ago,
turned around backwards so the windshield shows.
Every street light reveals a picture in reverse
Still it’s so much clearer

Nightswimming,
remembering that night
September’s coming soon
I’m pining for the moon
And what if there were two
Side by side in orbit around the fairest sun?
The bright tide forever drawn
Could not describe nightswimming

You, I thought I knew you
You, I cannot judge
You, I thought you knew me
This one laughing quietly
Underneath my breath
Nightswimming

Nightswimming is a song by the American alternative rock band R.E.M. It was released in 1993 as the fifth single from the group’s eighth album Automatic for the People (1992). Nightswimming is a ballad featuring singer Michael Stipe accompanied only by bassist Mike Mills on piano, a string arrangement by former Led Zeppelin bassist John Paul Jones, and a prominent oboe by Deborah Workman in the latter part of the piece. Stipe sings about a group of friends who go skinny dipping at night, which draws from similar experiences in the band’s early days.

Bassist Mike Mills recalled he was playing a piano riff at John Keane‘s studio in the band’s hometown of Athens, Georgia. While Mills almost discarded the melody, it attracted the interest of singer Michael Stipe. Mills said, “I never thought it would amount to much because it was just a circular thing that kept going round and round and round. But it inspired Michael.” While the song was not included on Out of Time, the demo recorded during those sessions was used for Automatic for the People, with a string arrangement by John Paul Jones added to the track. Mills has also claimed he recorded the piano part at Criteria Studios in Miami, on the same piano used by Derek and the Dominos on the recording of Layla.

The inspiration for the song has been debated by the band members. Stipe, in a 2001 Esquire article, clarified the true origin of the song. “A few years ago, I wanted to write a song about night watchmen, so I hired one to guard the R.E.M. offices in Athens. I bought him a uniform and a flashlight and everything. He turned out to be kind of crazy and called me up in the middle of the night to tell me dirty stories about the Kennedys. I wrote the song about him, but he was so paranoid he said he was going to sue me, so I changed the lyric from Night watchman to Nightswimming.”

Conversely in the past, Mills said, “It’s based on true events”, explaining that in the early 1980s R.E.M. and its circle of friends would go skinny dipping after the Athens clubs closed at night. “We’d go to parties, we’d go to the clubs and we’d go to the Ball Pump, and there would be any number of these same 50 people, so it was a very tight circle of friends.” Peter Buck holds a similar interpretation. However, Stipe has denied that that is the topic of the song; rather, Stipe says the song is about a “kind of an innocence that’s either kind of desperately clung onto or obviously lost.” Stipe said there are autobiographical elements to the song, but insists most of it is “made up.”

To listen to this song, please take a gander at The Genealogy of Style’s Facebook page: https://www.facebook.com/pages/The-Genealogy-of-Style/597542157001228?ref=hl

The song is based in part on Alfred Hitchcock‘s movie Psycho and also makes a reference to the Federico Fellini film La Dolce Vita. 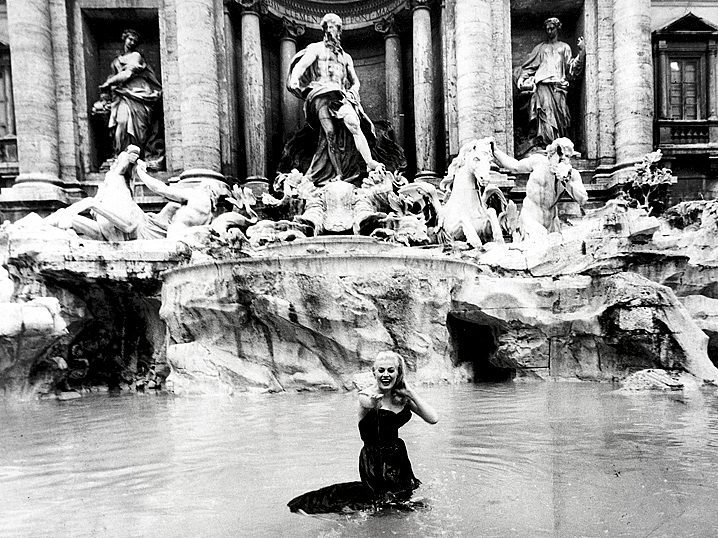 Anita Ekberg frolics in the Trevi Fountain during the filming of La Dolce Vita (Federico Fellini, 1960) 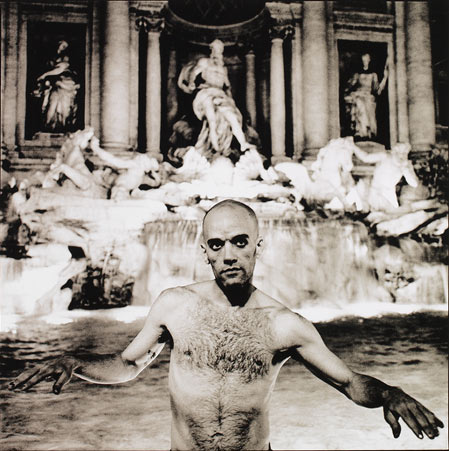 “Art flies around truth, but with the definite intention of not getting burnt. Its capacity lies in finding in the dark void a place where the beam of light can be intensely caught, without this having been perceptible before.” 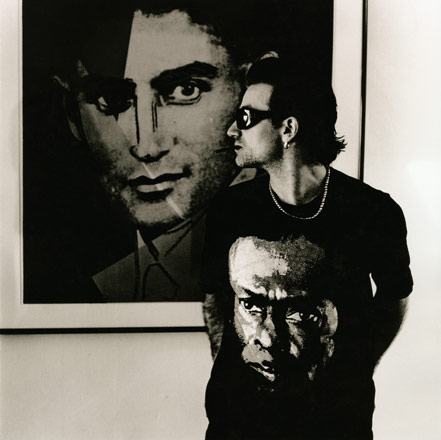 “The problem for me, still today, is that I write purely with one dramatic structure and that is the rite of passage. I’m not really skilled in any other. Rock and roll itself can be described as music to accompany the rite of passage…
…I’m only interested in rites of passage stories.” 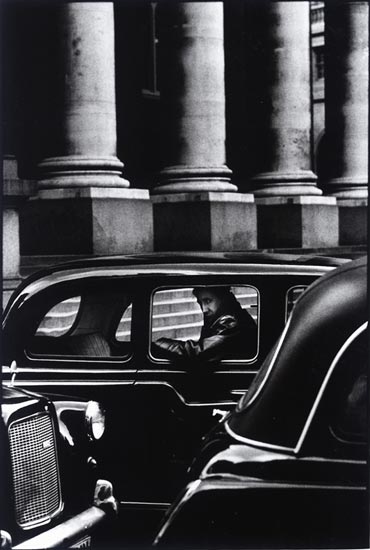 A rite of passage is a ritual event that marks a person’s transition from one status to another. The concept of rites of passage as a general theory of socialization was first formally articulated by Arnold van Gennep in his book The Rites of Passage to denote rituals marking the transitional phase between childhood and full inclusion into a tribe or social group. The concept of the rite of passage is also used to explore and describe various other milestones in an individual’s life, for any marked transitional stage, when one’s social status is altered. Gennep’s work exercised a deep impact on anthropological thought. Milestones include transitions from puberty, year 7 to high school, coming of age, marriage and death. Initiation ceremonies such as baptism, akika, confirmation and Bar or Bat Mitzvah are considered important rites of passage for people of their respective religions. Rites of passage show anthropologists what social hierarchies, values and beliefs are important in specific cultures. 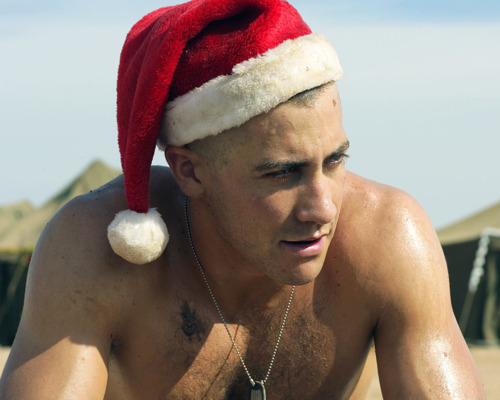 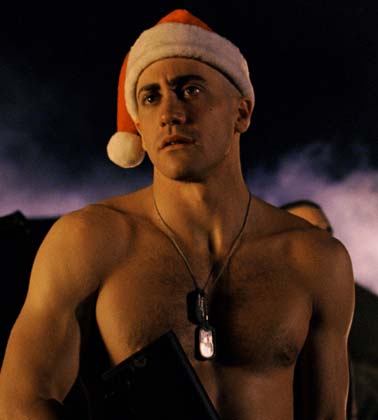 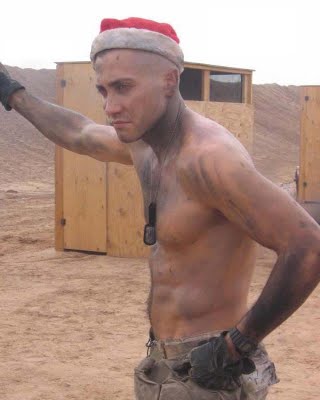 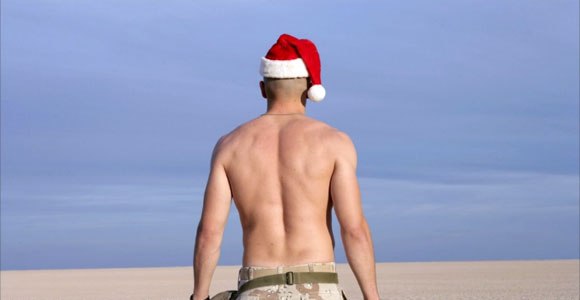 Third studio album by Irish rock band U2, released on 28 February 1983. The album has come to be regarded as U2’s first overtly political album, in part because of songs like “Sunday Bloody Sunday“, “New Year’s Day“, as well as the title, which stems from the band’s perception of the world at the time; Bono stated that “war seemed to be the motif for 1982.” 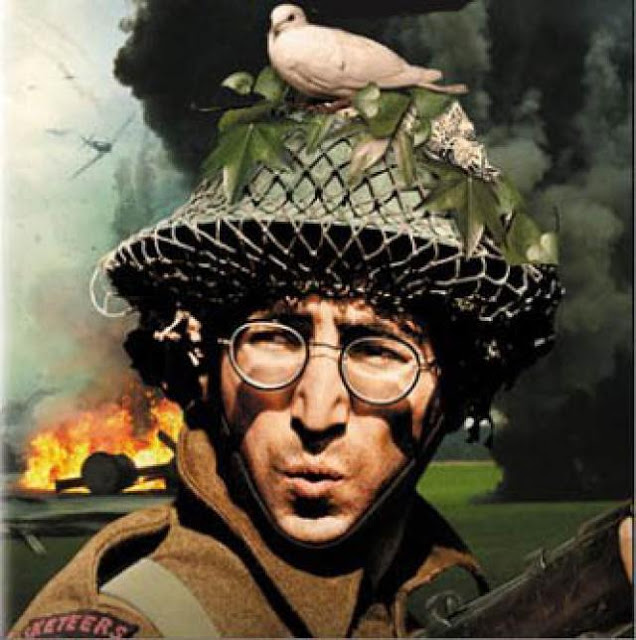 Iain MacMillan designed the cover for the couple’s single Happy Xmas (War Is Over), where he skillfully morphed photographs of John and Yoko together. 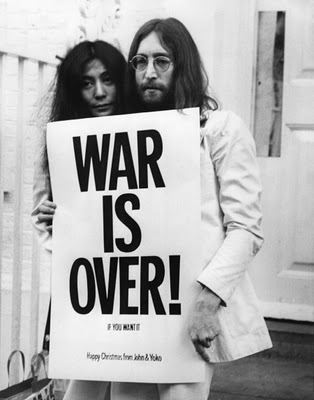 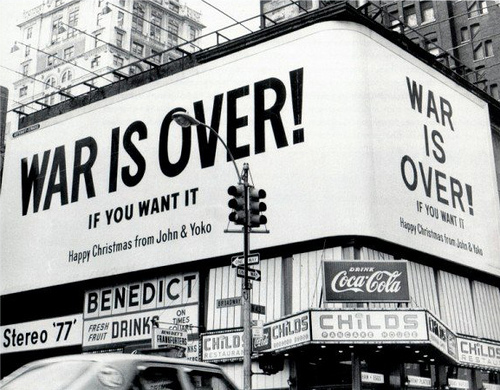 Originally a protest song about the Vietnam War, “Happy Xmas (War Is Over)” has since become a Christmas standard, frequently covered by other artists and appearing on compilation albums of seasonal music, and named in polls as a holiday favorite “Happy Xmas (War Is Over)” was the culmination of more than two years of peace activism undertaken by John Lennon and Yoko Ono that began with the bed-ins they convened in March and May 1969, the first of which took place during their honeymoon. The song’s direct antecedent was an international multimedia campaign launched by the couple in December 1969—at the height of the counterculture movement and its protests against U.S. involvement in the Vietnam War—that primarily consisted of renting billboard space in 12 major cities around the world for the display of black-and-white posters that declared “WAR IS OVER! If You Want It – Happy Christmas from John & Yoko”. Although this particular slogan had previously appeared in the 1968 anti-war songs “The War Is Over” by Phil Ochs and “The Unknown Soldier” by The Doors (which features the refrain, “The war is over.”), its subsequent use by Lennon and Ono may just be coincidental; there is no evidence to confirm whether or not they were acquainted with these prior works.

THE ROAD NOT TAKEN

“Two roads diverged in a yellow wood,
And sorry I could not travel both
And be one traveler, long I stood
And looked down one as far as I could

To where it bent in the undergrowth;
Then took the other, as just as fair,
And having perhaps the better claim,
Because it was grassy and wanted wear;
Though as for that the passing there
Had worn them really about the same,

And both that morning equally lay
In leaves no step had trodden black.
Oh, I kept the first for another day!
Yet knowing how way leads on to way,
I doubted if I should ever come back.

I shall be telling this with a sigh
Somewhere ages and ages hence:
Two roads diverged in a wood, and I—
I took the one less traveled by,
And that has made all the difference.” 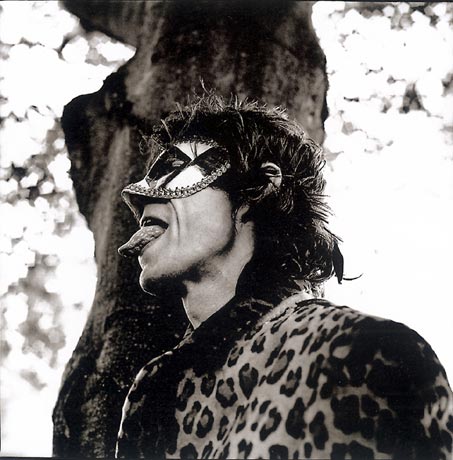 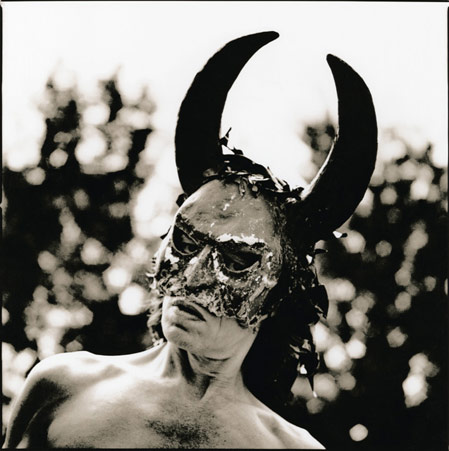