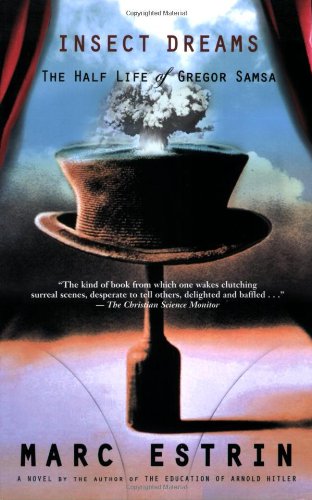 Insect Dreams: The Half Life of Gregor Samsa is a sequel to Franz Kafka‘s short-story The Metamorphosis, written in 2002 by Marc Estrin.

Rather than being thrown away like trash, Gregor Samsa was secretly sold to a Viennese sideshow by the Samsas’ chambermaid. He then met various figures like Ludwig Josef Johann Wittgenstein, Oswald Spengler and Albert Einstein and witnessed American Prohibition, the Scopes trial, was involved in Alice Paul‘s feminist movement, encountered the Ku Klux Klan, and conferred with U.S. President Franklin D. Roosevelt, and Robert Oppenheimer. The novel made allusions to post-World War I Vienna through the Manhattan Project in Los Alamos, New Mexico. Reciting Rainer Maria Rilke and discoursing on Spengler’s Decline of the West, Gregor attracts the attention of writer Robert Musil, who tells him that although western humanity is finished, that “Society…is in a larval state. What it needs is a larval model to lead it onward, upward, and out of the corral,” and Gregor is that larval model, his ironic task being to teach us what it means to be human.

Estrin was born in Brooklyn, New York. He attended Queens College, studying chemistry and biology, then studied theater directing at UCLA. Estrin came to novel-writing late. In the fall of 1998, he and his wife Donna were on holiday in Prague and decided to visit the grave of Franz Kafka, whose work had always been important to him. His father had challenged him to read Thomas Mann‘s The Magic Mountain during the summer before he attended college. He left a note on the grave, inviting Kafka to drop by if he ever found himself in Burlington. Estrin said that the concept, an outline and the opening episodes of Insect Dreams arrived in Vermont one morning at 3 AM, three weeks after he visited Kafka’s grave. Insect Dreams appeared from BlueHen/Putnam in 2002. Since then it has been re-released (by Unbridled Books). Through the 1960s he worked in various repertory theaters in the United States, including the Pittsburgh Playhouse and the San Francisco Actor’s Workshop. But the Vietnam War and Bertold Brecht inspired him to become politically active. 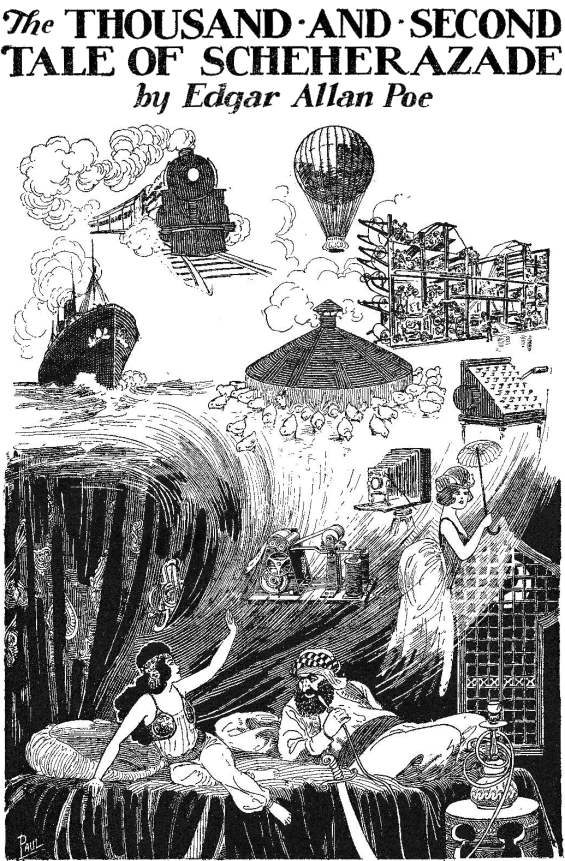 “When we realize that this story was written nearly 100 years ago, we must marvel at the extraordinary fertile imagination of Poe. Poe was probably the inventor of “Scientifiction” as we know it today, and just because the story was written almost a century ago, certainly does not make it less valuable. On the contrary, it becomes more valuable as time passes. It is just as applicable to the modern man, who is mostly in the fog about what goes on around him in science today, as his predecessors were a century ago.”

Uncredited editorial introduction, presumably by Hugo Gernsback himself, to The Thousand-And-Second Tale Of Scheherazade as it appeared in the May 1928 issue of Amazing Stories 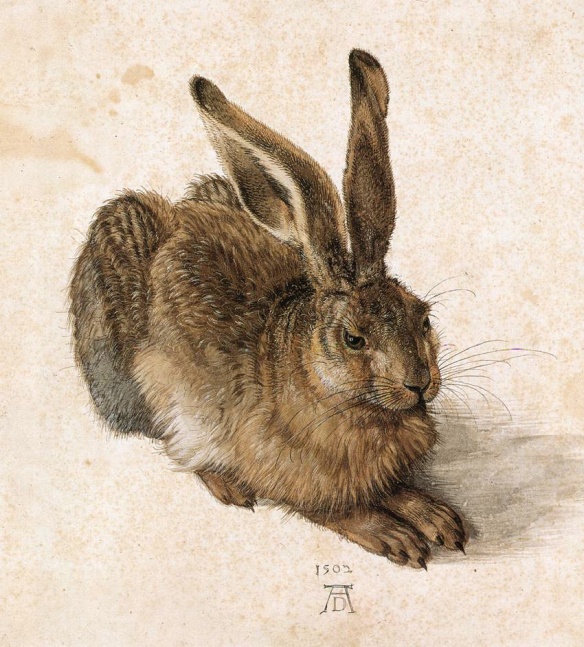 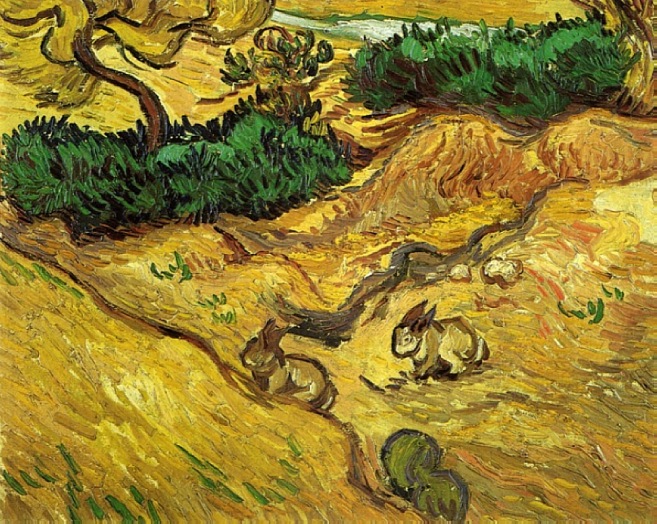 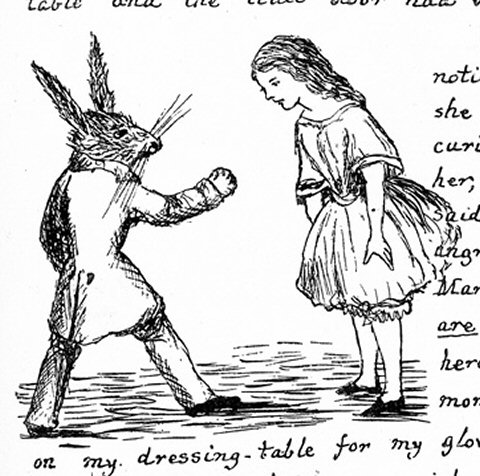 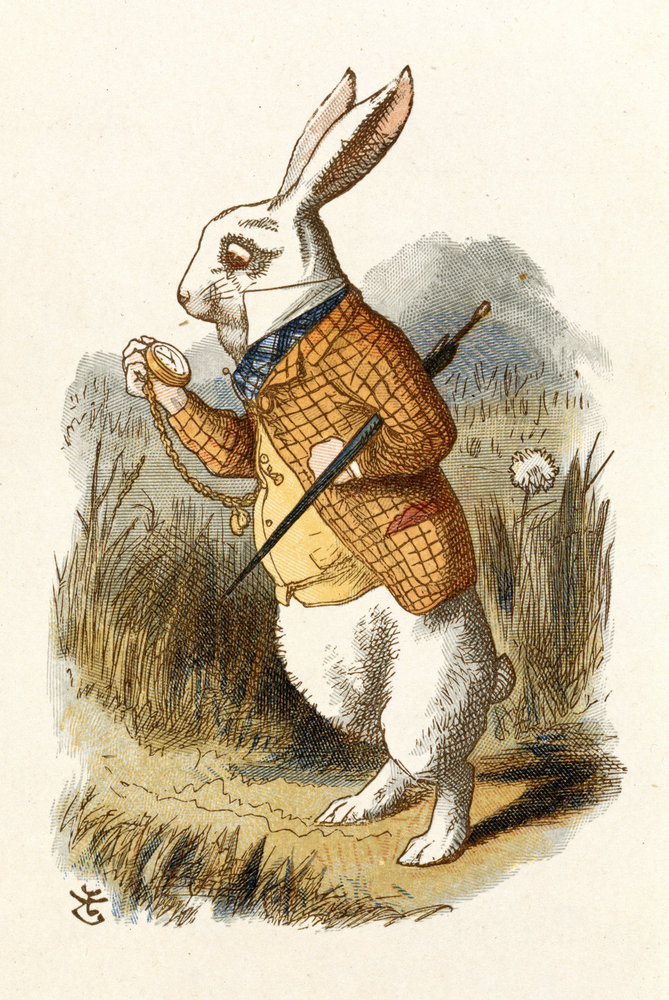 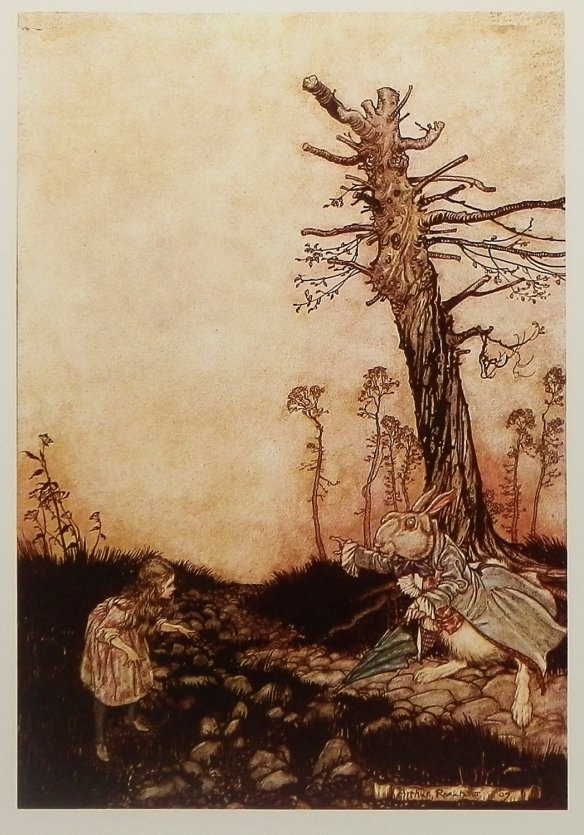 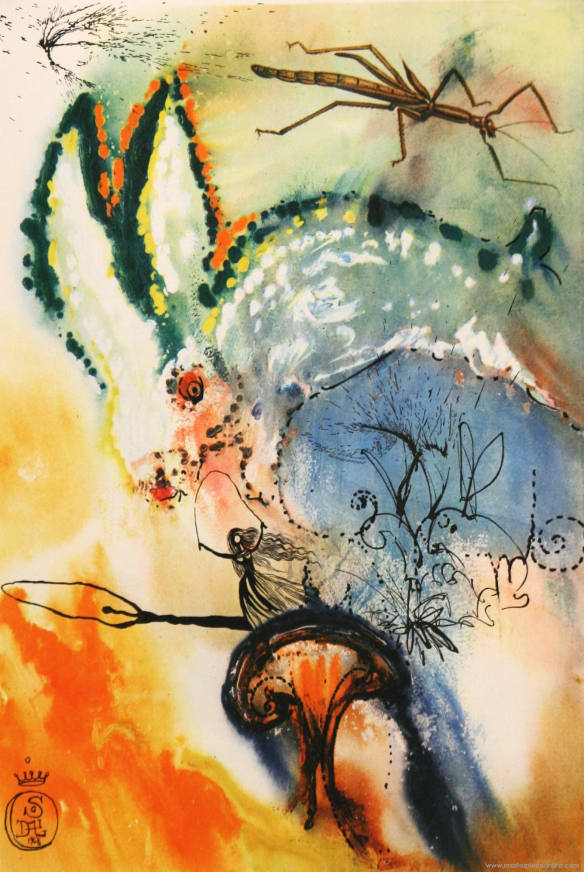 Salvador Dalí, Down the Rabbit Hole 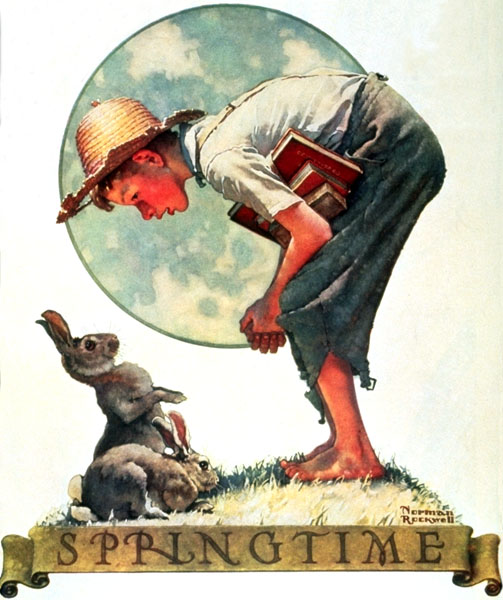 According to Arthur Paul, the designer of the playboy logo, he chose the rabbit because of its “humorous sexual connotation” and also because the representation was “frisky and playful”. The playboy logo is undoubtedly mischievous in its nature. 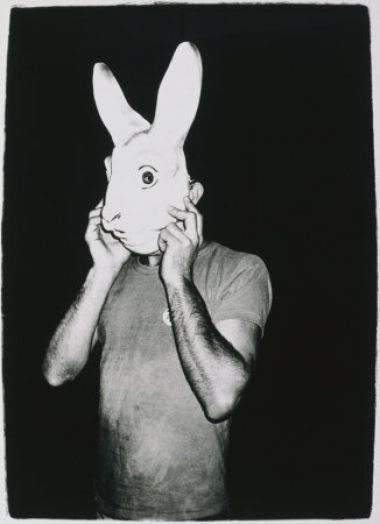 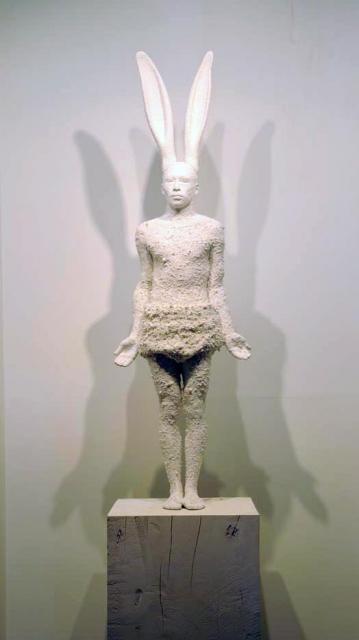 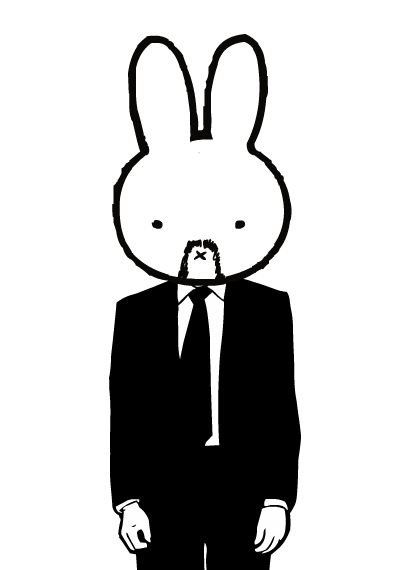 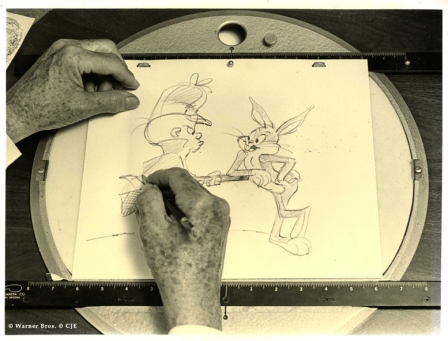 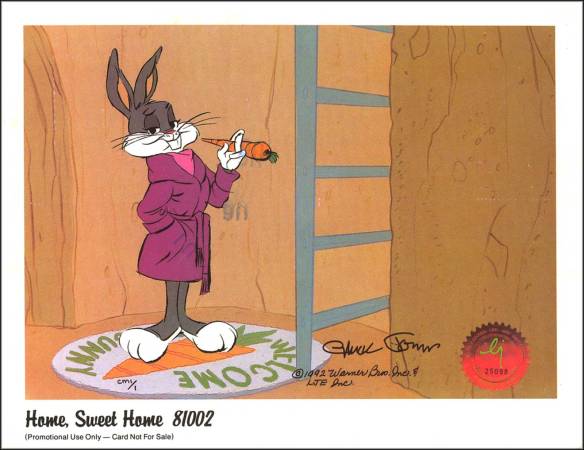 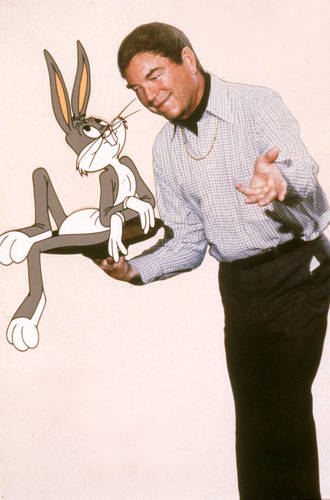 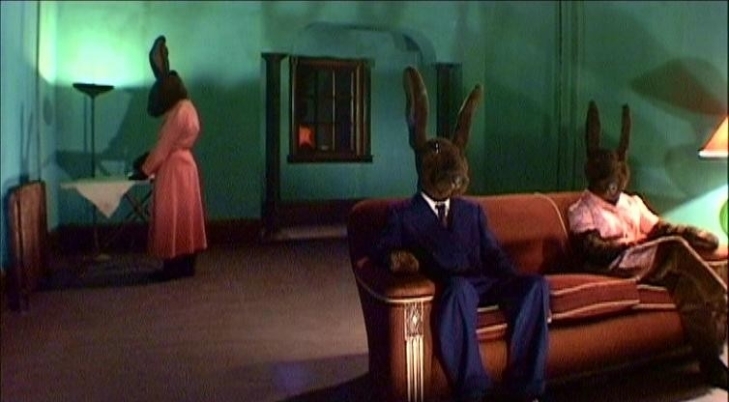 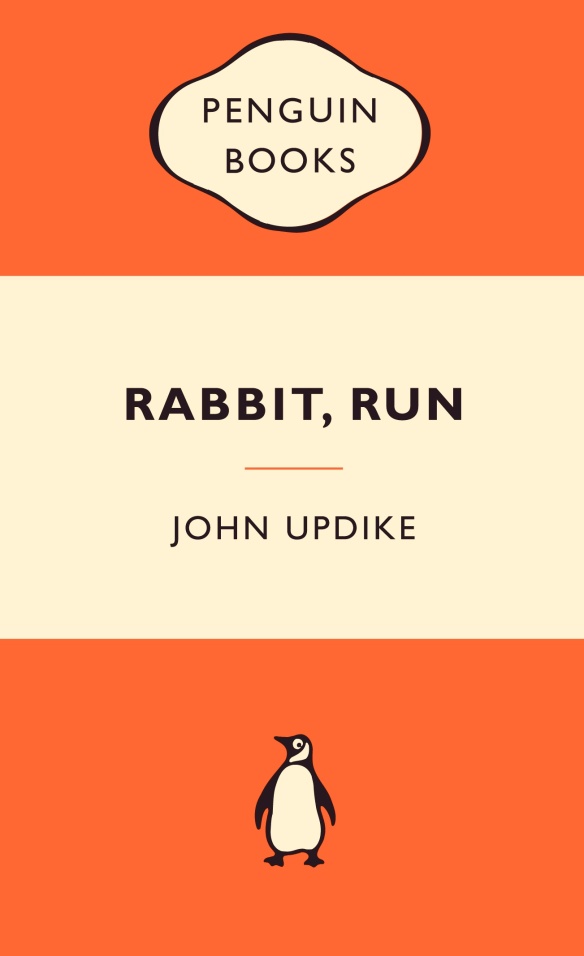 John Updike may have chosen the name Rabbit for his character for its echo of Sinclair Lewis’s Babbitt (1922).  Previously to Rabbit, Run (1961),Updike had written a short story entitled Ace In The Hole, and to a lesser extent a poem, Ex-Basketball Player, with similar themes to this series. 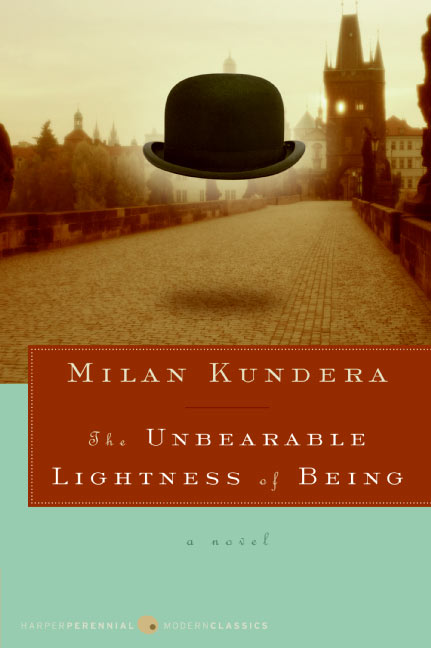 “It had a bed, a table, and a chair. The table had a lamp on it, a lamp that had never stopped burning in anticipation of her return, and on the lamp perched a butterfly with two large eyes painted on its widespread wings. Tereza knew she was at her goal. She lay down on the bed and pressed the rabbit to her face.” 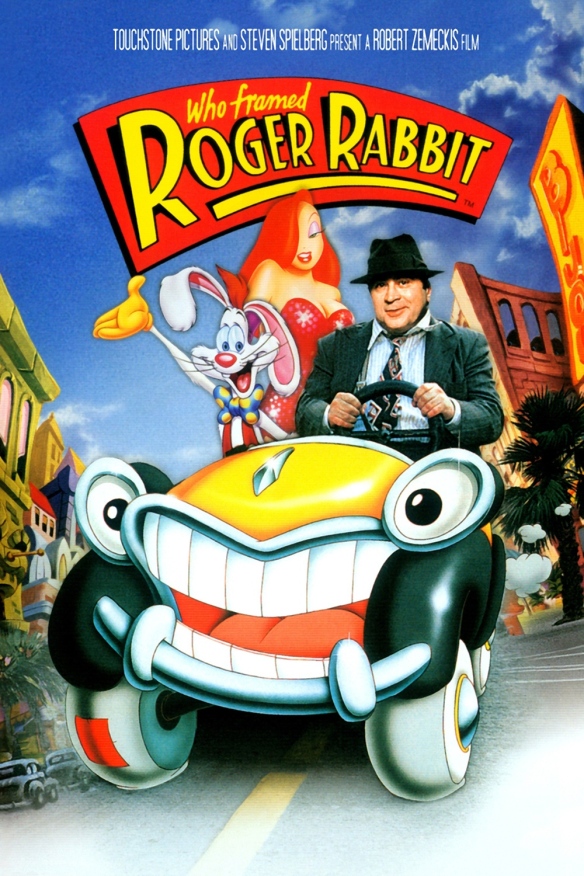 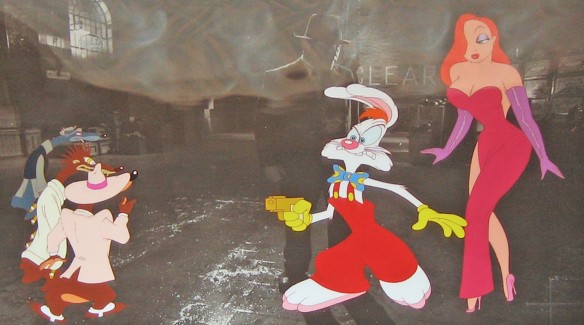 Who Framed Roger Rabbit? (Robert Zemeckis, 1989). The Wolf and other characters were based on Tex Avery’s Red Hot Ridding Hood. 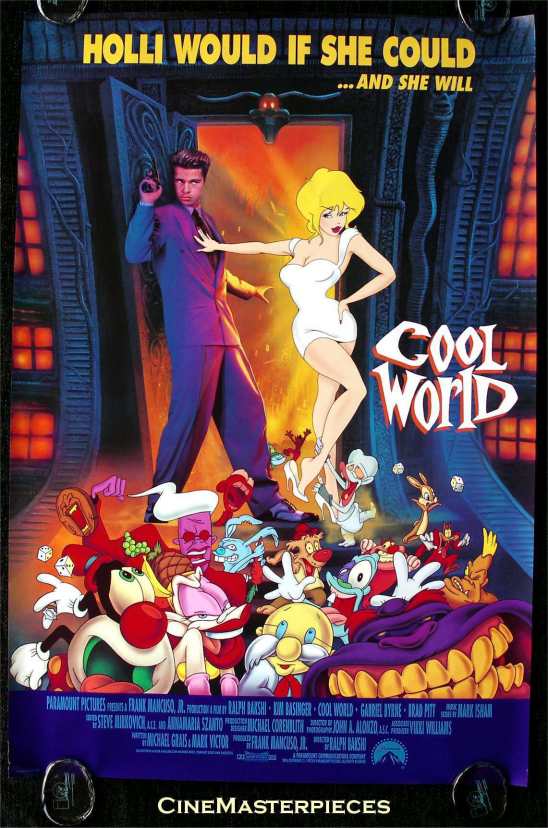 The animation of Cool World (Ralph Bakshi, 1992) was strongly influenced by the house styles of Fleischer Studios and Terrytoons. Bakshi had originally intended to cast Drew Barrymore instead Kim Bassinger  in the film’s leading role.