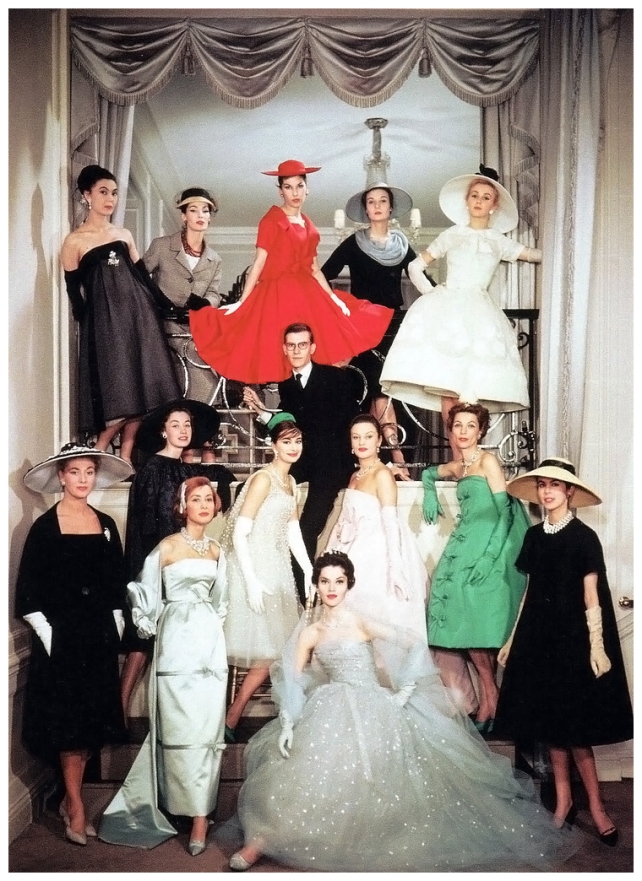 To start with, he was given mundane tasks to complete but after winning first prize in the International Wool Secretariat contest for his cocktail dress design in 1954, Yves Saint Laurent landed the job of Haute Couture designer when Dior died in 1957 at the age of 52. At the tender age of 21, he launched a spring collection for the fashion house and gained critical acclaim for his dresses as the head of the House of Dior.

In 1960, he was conscripted into the French Army. His spell in the service was short-lived however, and he was transferred into a French mental hospital suffering from stress, where he underwent psychiatric treatment, including electroshock therapy, for a nervous breakdown. He served in the military for just 20 days.

In 1962, in the wake of his nervous breakdown, Saint Laurent was released from Dior and started his own label, YSL, financed by his companion, Pierre Bergé. 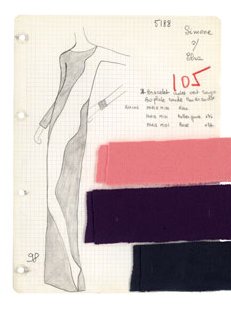 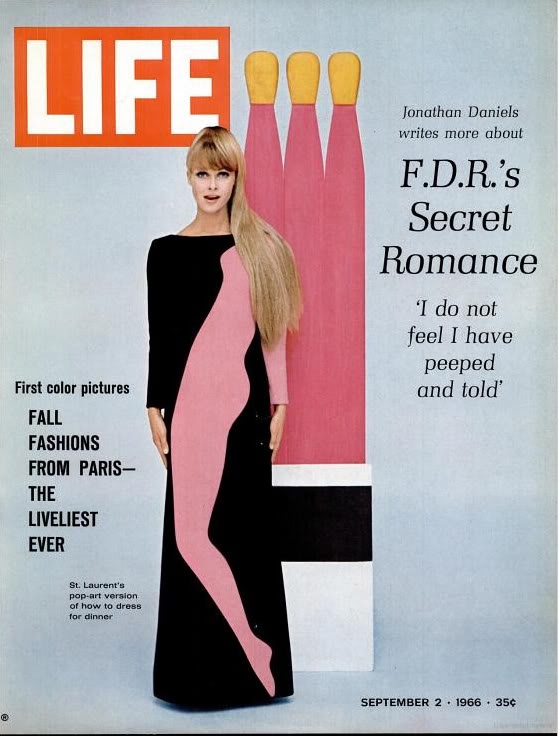 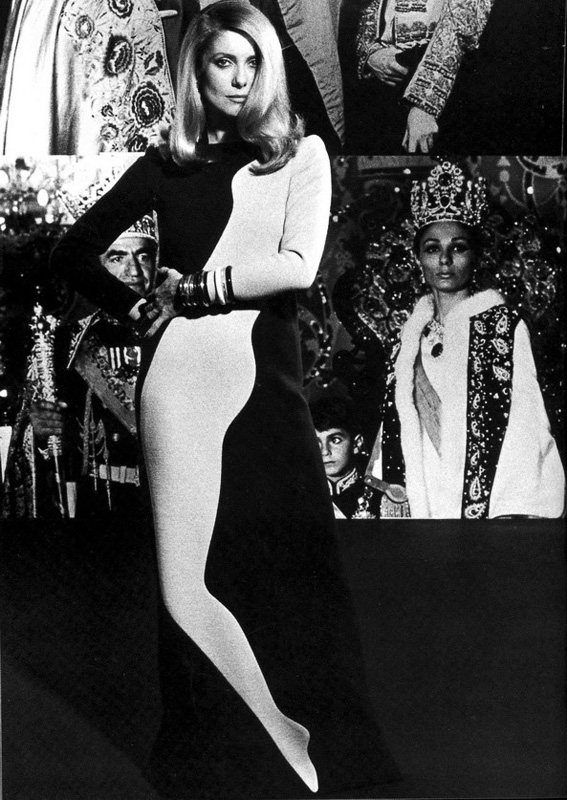 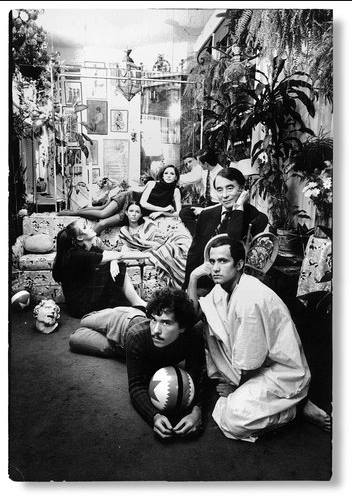 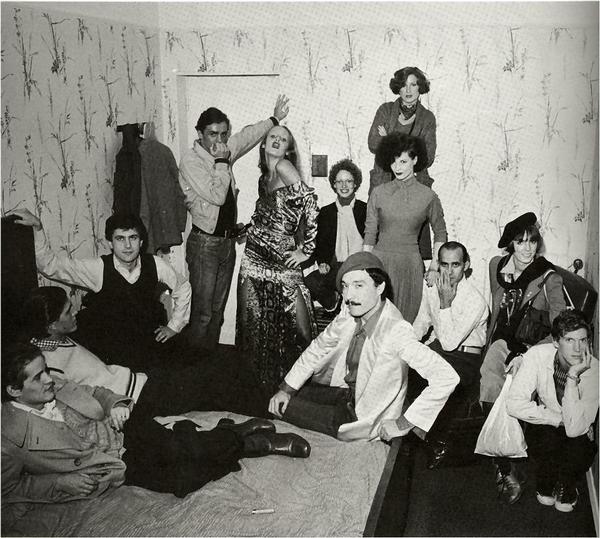 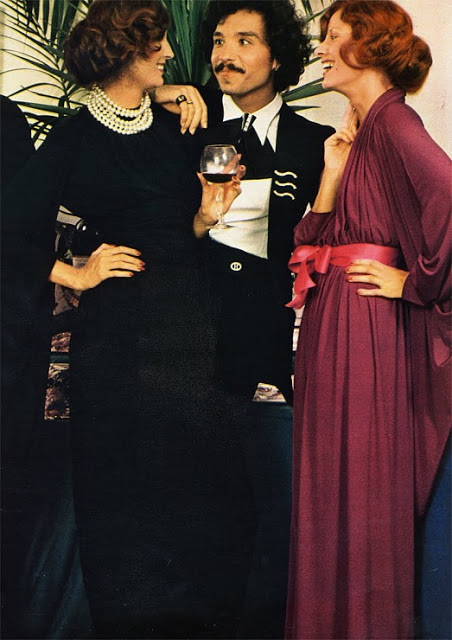 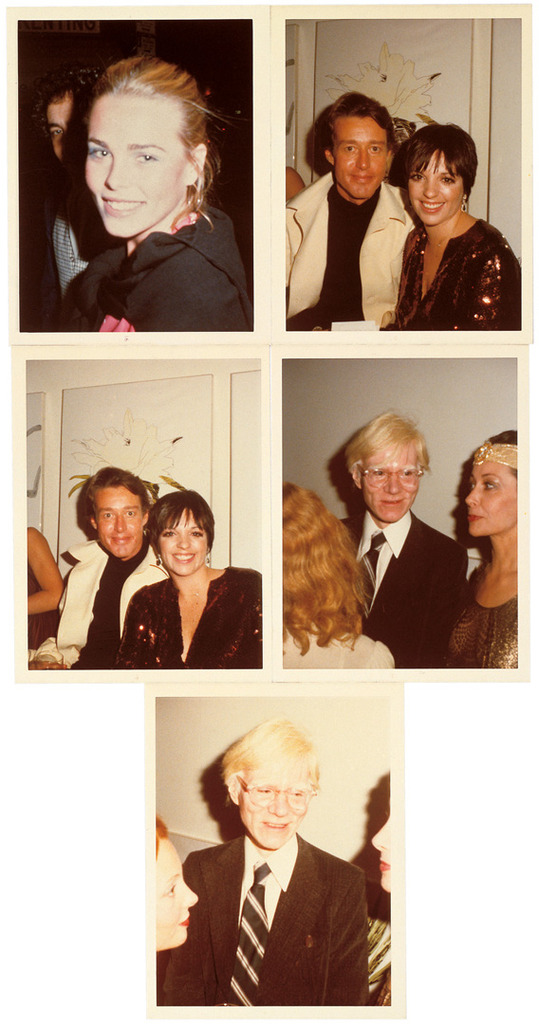 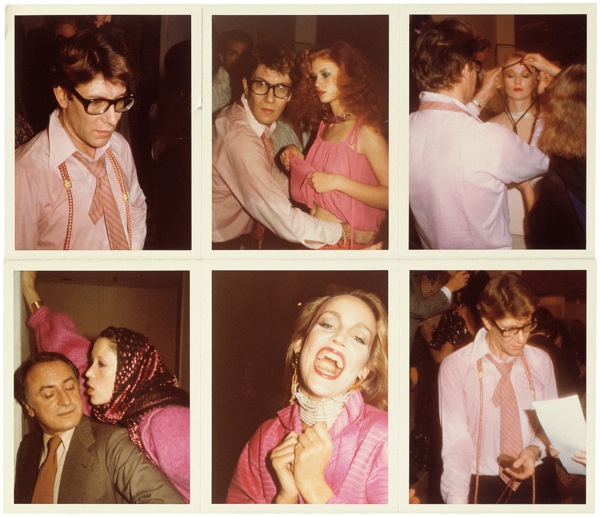 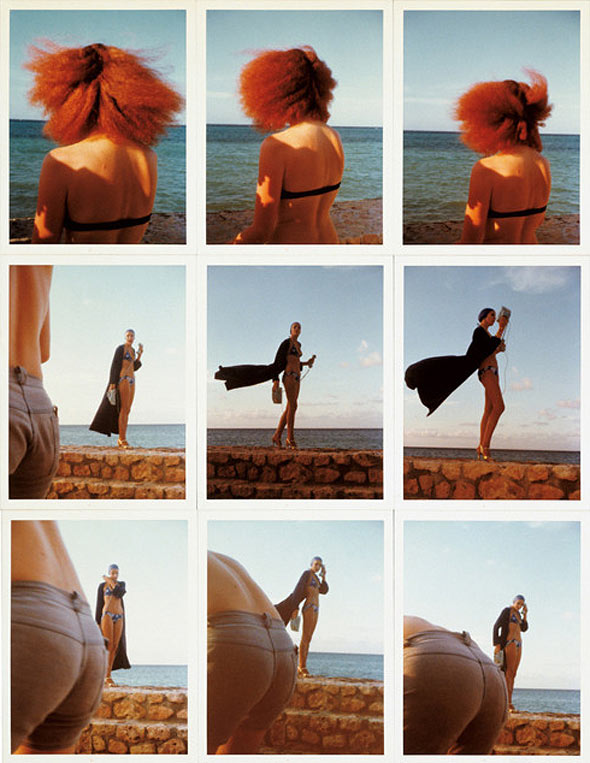 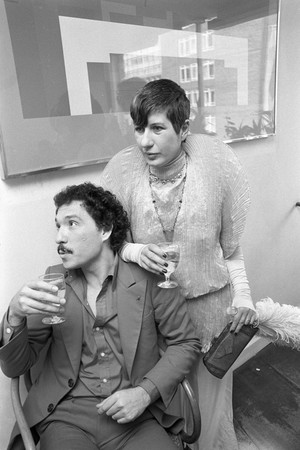 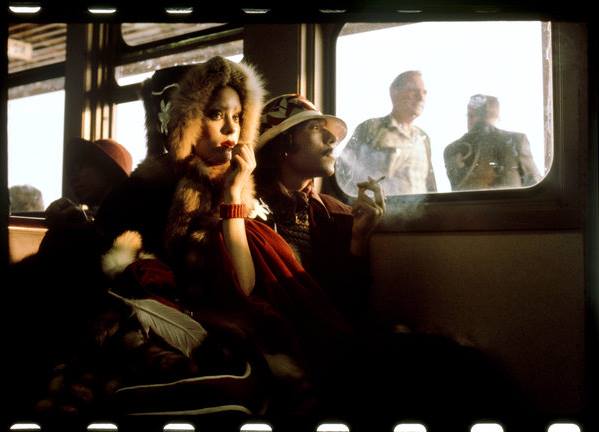 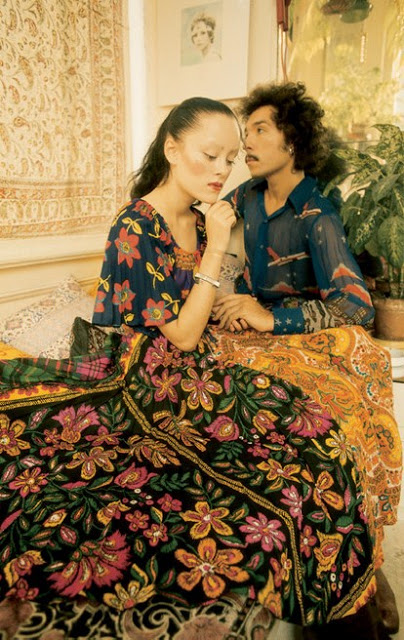 Accompained by Jane Forth 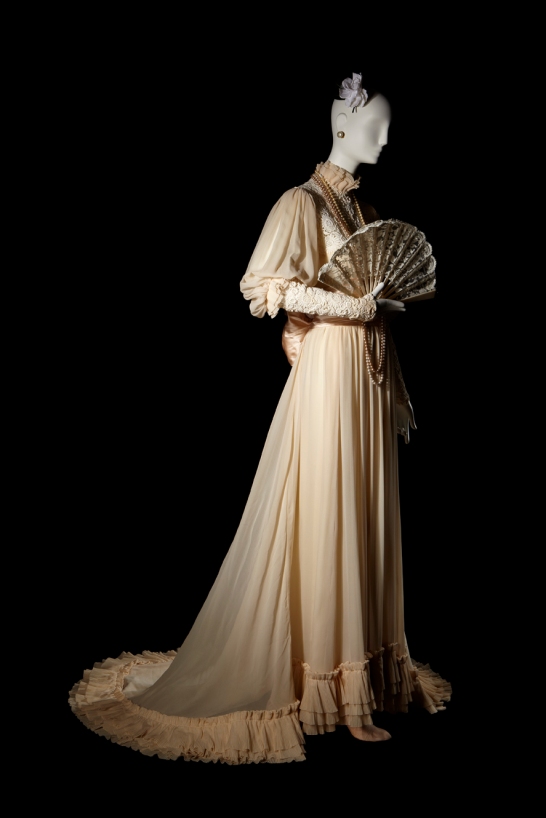 Proust ball gown by Yves Saint Laurent, 1971. It once belonged to Jane Birkin.

Yves Saint Laurent was a great admirer of Marcel Proust, who had been a frequent guest of Gaston Gallimard, one of the previous owners of Château Gabriel, the villa that Yves and Pierre Bergé bought. The designer and his long-time partner commissioned Jacques Grange to decorate it with themes inspired by Proust’s Remembrance of Things Past. And it’s been said that Saint Laurent used to register in the hotels using the nickname Monsieur Swann, so as not to be disturbed or recognized.

À la recherche du temps perdu (In Search of Lost Time or Remembrance of Things Past) is known both for its length and its theme of involuntary memory. The novel began to take shape in 1909. Proust continued to work on it until his final illness in the autumn of 1922 forced him to break off. He established the structure early on, but even after volumes were initially finished he kept adding new material, and edited one volume after another for publication.

Volume 1: Du côté de chez Swann (1913) was rejected by a number of publishers, including Fasquelle, Ollendorf, and the Nouvelle Revue Française (NRF). André Gide was famously given the manuscript to read to advise NRF on publication, and leafing through the seemingly endless collection of memories and philosophizing or melancholic episodes, came across a few minor syntactic errors, which made him decide to turn the work down in his audit. Proust eventually arranged with the publisher Grasset to pay the cost of publication himself. When published it was advertised as the first of a three-volume novel.

A third-person novella within Du côté de chez Swann, “Un Amour de Swann” is sometimes published as a volume by itself. As it forms the self-contained story of Charles Swann’s love affair with Odette de Crécy and is relatively short, it is generally considered a good introduction to the work and is often a set text in French schools. “Combray I” is also similarly excerpted; it ends with the famous madeleine cake episode, introducing the theme of involuntary memory. 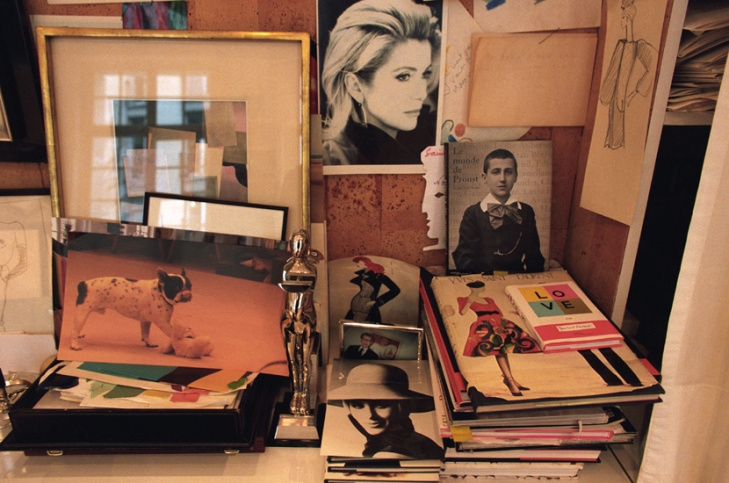 What is your main character trait?
Determination.

What is your greatest drawback?
Shyness.

What is your favorite quality in a man?
Indulgence.

What is your favorite quality in a woman?
Same thing.

What is your favorite historical character?
Mademoiselle Chanel.

Who are your real life heroes?
The people I admire.

Who would you like to have been?
A Beatnik.

What is your ideal of earthly bliss?
Sleeping with the people I love.

What is the lowest depth of misery?
Loneliness.

Where would you like to live?
In sunny climates, by the sea.

What talent would you like to have?
Physical strength.

What fault are you most tolerant of?
Betrayal.

Who is your favorite painter?
Picasso.

Your favorite musician?
Bach. And nineteenth century composers of opera.

Your favorite writers, apart from Proust?
I love Proust so much that it’s hard for me to share him with other authors. But I adore [Louis-Ferdinand] Céline and also [Louis] Aragon.

What is your favorite color?
Black.

What do you hate most of all?
The snobbery of wealth.

Do you have a motto?
I’ll borrow the motto of the Noailles family: “More Honor” – in the singular rather than “honors” in the plural.