The Great God Pan is a novella written by Arthur Machen. A version of the story was published in the magazine The Whirlwind in 1890, and Machen revised and extended it for its book publication (together with another story, The Inmost Light) in 1894. On publication it was widely denounced by the press as degenerate and horrific because of its decadent style and sexual content, although it has since garnered a reputation as a classic of horror. Machen’s story was only one of many at the time to focus on the Greek God Pan as a useful symbol for the power of nature and paganism. The title was possibly inspired by the poem A Musical Instrument published in 1862 by Elizabeth Barrett Browning, in which the first line of every stanza ends “… the great god Pan.” 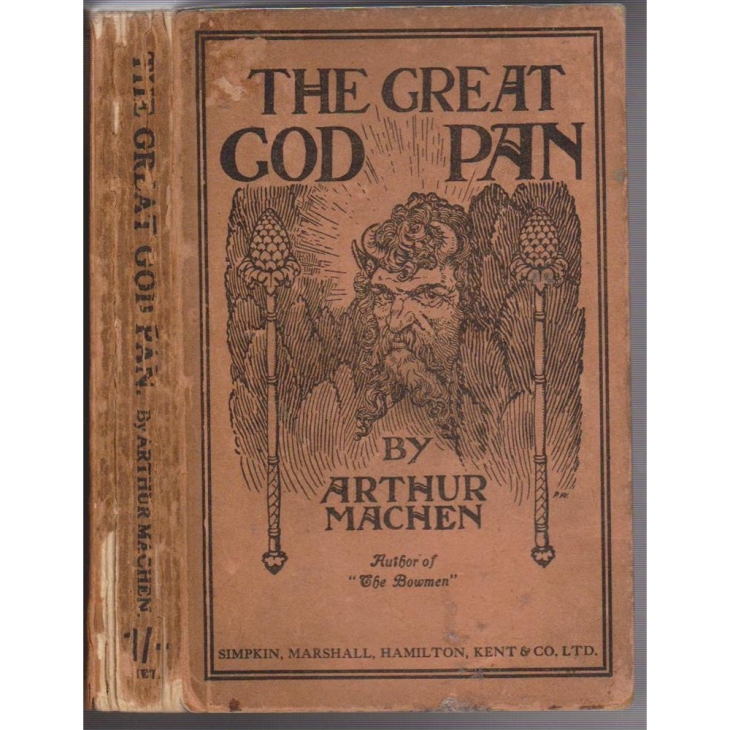 Literary critics such as Wesley D. Sweetser and S. T. Joshi see Machen’s works as a significant part of the late Victorian revival of the gothic novel and the decadent movement of the 1890s, bearing direct comparison to the themes found in contemporary works like Robert Louis Stevenson‘s Strange Case of Dr Jekyll and Mr Hyde, Bram Stoker‘s Dracula, and Oscar Wilde‘s The Picture of Dorian Gray. At the time authors like Wilde, William Butler Yeats, and Arthur Conan Doyle were all admirers of Machen’s works.