Excerpt from Shaking the Tree

Shaking the Tree: Sixteen Golden Greats was released in 1990 as Peter Gabriel’s first “greatest hits” album, including songs from his first solo album Peter Gabriel (I or Car) (1977), through Passion: Music for The Last Temptation of Christ (1989). It was remastered with most of Gabriel’s catalogue in 2002

The original photo session was at the late Robert Mapplethorpe’s New York loft studio in 1986. He spent some time getting to know Peter and during the session got him talking about many subjects on which he was passionate.

Mapplethorpe explained that he felt his subjects revealed more of themselves when talking about things they loved. At a time when many portrait artists were looking for vulnerability, Mapplethorpe was looking for confidence.

Peter really enjoyed getting to know Mapplethorpe and found him smart, funny and charming – “Robert Mapplethorpe is one of the great photographers. I was really happy with the results. I had this idea to do some with my eyes shut, so you have one which is on the front with eyes shut and then others with eyes open” Peter Gabriel.

The photo selected for the album cover was initially used for the cover of Rolling Stone Magazine. 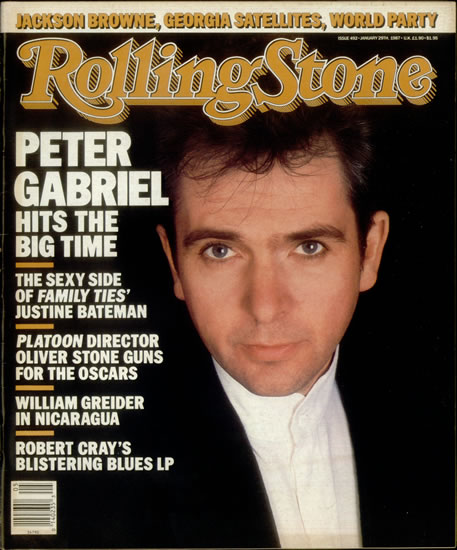 To listen to the song Shaking the Tree, please take a gander at The Genealogy of Style‘s Facebook page: https://www.facebook.com/pages/The-Genealogy-of-Style/597542157001228