“One could say that any child could make a drawing like Twombly only in the sense that any fool with a hammer could fragment sculptures as Rodin did, or any house painter could spatter paint as well as Pollock. In none of these cases would it be true. In each case the art lies not so much in the finesse of the individual mark, but in the orchestration of a previously uncodified set of personal “rules” about where to act and where not, how far to go and when to stop, in such a way as the cumulative courtship of seeming chaos defines an original, hybrid kind of order, which in turn illuminates a complex sense of human experience not voiced or left marginal in previous art.” 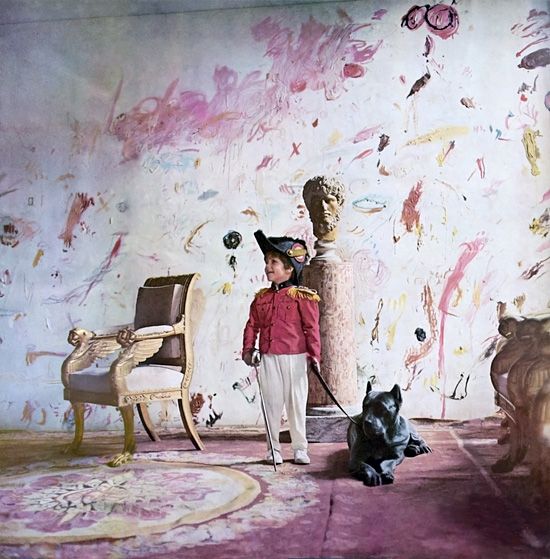 Cyrus Alessandro Twombly and his pet posing in front of a large-scale painting by Cy Twombly. Photo: Horst P. Horst, 1966