“One can speak of the good mental health of Van Gogh who, in his whole adult life, cooked only one of his hands and did nothing else except once to cut off his left ear, in a world in which every day one eats vagina cooked in green sauce or penis of newborn child whipped and beaten to a pulp, just as it is when plucked from the sex of its mother.

And this is not an image, but a fact abundantly and daily repeated and cultivated throughout the world. And this, however delirious this statement may seem, is how modern life maintains its old atmosphere of debauchery, anarchy, disorder, delirium, derangement, chronic insanity, bourgeois inertia, psychic anomaly (for it is not man but the world which has become abnormal), deliberate dishonesty and notorious hypocrisy, stingy contempt for everything that shows breeding. insistence on an entire order based on the fulfillment of a primitive injustice, in short, of organized crime.

Things are going badly because sick consciousness has a vested interest right now in not recovering from its sickness. This is why a tainted society has invented psychiatry to defend itself against the investigations of certain superior intellects whose faculties of divination would be troublesome. …In comparison with the lucidity of Van Gogh, which is a dynamic force, psychiatry is no better than a den of apes who are themselves obsessed and persecuted and who possess nothing to mitigate the most appalling states of anguish and human suffocation but a ridiculous terminology, worthy product of their damaged brains.

…I believe Gauguin thought the artist should look for the symbol and the myth and expand everything in life into a myth, whereas Van Gogh thought that we must know how to infer the myth from the most everyday things in life. For reality is greatly superior to every story, mythology, deity and super-reality. It is enough to have the genius to know how to interpret reality, which is something no painter had done before Van Gogh.

…I will tell you that Van Gogh is a painter because he has re- assembled nature, because he has, as it were, perspired it and made it sweat, because he has spurted on to his canvases in heaps, monumental with colours, the centuries-old struggle of elements, the terrible rudimentary pressure of apostrophes, stripes, commas and strokes, of which we must admit that, after him, natural appearances are made.

And how many repressed elbow movements, ocular shocks recorded from life, observations made in front of the subject, luminous currents of the forces which work on reality, were necessary to overthrow the barrier before being finally compressed, raised on to the canvas and accepted ? There are no ghosts in Van Gogh’s painting, no visions, no hallucinations. It is the torrid truth of the sun at two o’clock in the afternoon. But the suffering of the pre-natal is there.

It is nature, pure and naked, seen just as it conceals itself when we know how to get near enough to it.

…Van Gogh will have surely been the most genuine painter of all the painters, the only one who has not exceeded painting in so far as painting is both the strict means of his work and the strict limit of his means. On the other hand, he is absolutely the only painter who has completely exceeded painting as the passive act of representing nature, in order to pour out from this exclusive representation of nature a whirlpool force, an element torn out of the heart’s centre. Nothing but painting-no more: no philosophy, mysticism, ritual, psycliurgy or liturgy, no business with literature nor with poetry: these bronzed golden sunflowers are painted.

Better than any psychiatrist in the world, this is how the great Van Gogh has described his illness: ‘I break through, I lose again, I examine, I grip hold of, I loosen, my dead life conceals nothing, and, besides, the néant* has never done any harm to anyone, and what forces me to return to it is this distressing sense of absence, which passes by and sometimes drowns me, but I see very clearly into it; and I even know what the néant is, and I could tell you what is in it.’ Van Gogh was right. One can live for the infinite, only take pleasure in the infinite; there is enough infinite on the earth and in the stars to satiate a thousand great geniuses. If Van Gogh was unable to gratify his desire to suffuse his whole life with it, it is because society expressly and consciously forbade him.

… I will no longer put up with hearing someone say to me, as has so often happened, ‘Monsieur Artaud, you are raving’, without committing a crime. Van Gogh heard this said to him. And this is why that knot of blood which killed him twisted itself around his throat.”

A few days before the opening of a Vincent van Gogh exhibition in Paris in 1947, gallery owner Pierre Loeb suggested that Antonin Artaud (1896-1948) write about the painter. Challenging the thesis of alienation, Artaud was determined to show how van Gogh’s exceptional lucidity made lesser minds uncomfortable. Wishing to prevent him from uttering certain “intolerable truths”, those who were disturbed by his painting drove him to suicide. 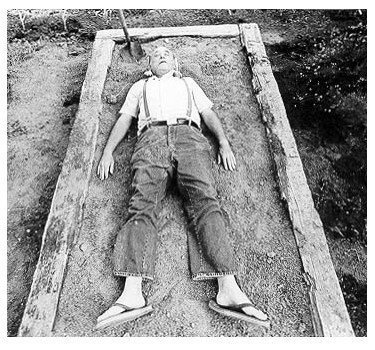 You Get So Alone at Times That it Just Makes Sense

“Van Gogh cut off his ear
gave it to a
prostitute
who flung it away in
extreme
disgust.

Van, whores don’t want
ears
they want
money.
I guess that’s why you were
such a great
painter: you
didn’t understand
much
else.”

“Oh yes! he loved yellow, did good Vincent, the painter from Holland, gleams of sunlight warming his soul, which detested fog. A craving for warmth.

When the two of us were together in Arles, both of us insane, and constantly at war over beautiful colors, I adored red; where could I find a perfect vermilion? He, taking his yellowest brush, wrote on the suddenly purple wall:

I am of sound mind,

I am the Holy Ghost.”

Presentation copy of Howl to poet and scholar Richard Eberhart – inscribed “For Richard Eberhart in gratitude for his original vision of Nature both in his poetry and in his early sympathy for mine, Allen Ginsberg Dartmouth, October 17, 1960

Allen Ginsberg wrote drafts of the poem Howl in mid-1954 to 1955, purportedly at a coffeehouse known today as the Caffe Mediterraneum in Berkeley, California. Many factors went into the creation of the poem. A short time before the composition of Howl, Ginsberg’s therapist, Dr. Philip Hicks, encouraged him to quit his job and pursue poetry full-time. He experimented with a syntactic subversion of meaning called parataxis in the poem Dream Record: June 8, 1955 about the death of Joan Vollmer, a technique that would become central in Howl.

Ginsberg would experiment with this breath-length form in many later poems. The first draft contained what would later become Part I and Part III. It is noted for relating stories and experiences of Ginsberg’s friends and contemporaries, its tumbling, hallucinatory style, and the frank address of sexuality, specifically homosexuality, which subsequently provoked an obscenity trial. Although Ginsberg referred to many of his friends and acquaintances (including Neal Cassady, Jack Kerouac, William S. Burroughs, Peter Orlovsky, Lucien Carr, and Herbert Huncke), the primary emotional drive was his sympathy for Carl Solomon, to whom it was dedicated; he met Solomon in a mental institution and became friends with him.

Ginsberg admitted later this sympathy for Solomon was connected to bottled-up guilt and sympathy for his mother’s schizophrenia (she had been lobotomized), an issue he was not yet ready to address directly. In 2008, Peter Orlovsky told the co-directors of the film Howl (Rob Epstein and Jeffrey Friedman, 2010) that a short moonlit walk—during which Orlovsky sang a rendition of the Hank Williams song Howlin’ At the Moon–may have been the encouragement for the title of Ginsberg’s poem. “I never asked him, and he never offered,” Orlovsky told them, “but there were things he would pick up on and use in his verse form some way or another. Poets do it all the time.” The Dedication by Ginsberg states he took the title from Kerouac.

“A rainbow comes pouring into my window, I am electrified.
Songs burst from my breast, all my crying stops, mistory fills
the air.
I look for my shues under my bed.
A fat colored woman becomes my mother.
I have no false teeth yet. Suddenly ten children sit on my lap.
I grow a beard in one day.
I drink a hole bottle of wine with my eyes shut.
I draw on paper and I feel I am two again. I want everybody to
talk to me.
I empty the garbage on the tabol.
I invite thousands of bottles into my room, June bugs I call them.
I use the typewritter as my pillow.
A spoon becomes a fork before my eyes.
Bums give all their money to me.
All I need is a mirror for the rest of my life.
My frist five years I lived in chicken coups with not enough
bacon.
My mother showed her witch face in the night and told stories of
blue beards.
My dreams lifted me right out of my bed.
I dreamt I jumped into the nozzle of a gun to fight it out with a
bullet.
I met Kafka and he jumped over a building to get away from me.
My body turned into sugar, poured into tea I found the meaning
of life
All I needed was ink to be a black boy.
I walk on the street looking for eyes that will caress my face.
I sang in the elevators believing I was going to heaven.
I got off at the 86th floor, walked down the corridor looking for
fresh butts.
My comes turns into a silver dollar on the bed.
I look out the window and see nobody, I go down to the street,
look up at my window and see nobody.
So I talk to the fire hydrant, asking “Do you have bigger tears
then I do?”
Nobody around, I piss anywhere.
My Gabriel horns, my Gabriel horns: unfold the cheerfulies,
my gay jubilation.”

A note on spellings:

«I’ve seen “Frist Poem” spelled “First Poem” a couple of times. One web page I’ve come across, which appears to have copied the contents of this page, “corrected” the title of this poem. I didn’t look to see if other “corrections” were made.
Peter couldn’t spell. Or, let’s look at it another way. This is how Peter spelled. I’m assuming that most publishers of his work attempted to keep his own spellings intact. I believe Peter’s spelling rendered his thoughts accurately.
Once, in Peter and Allen’s apartment I was leaving a message for Allen, who was away. Peter was writing down my message which happened to contain the words “two thieves”. Peter wrote down “two thives” and I said, “No, it’s spelled T – H – I – E . . . ” etc. Another visitor who happened to be present almost leapt for my throat saying, in effect, “How dare you correct Peter’s spelling?” This, in my opinion, is going too far.»