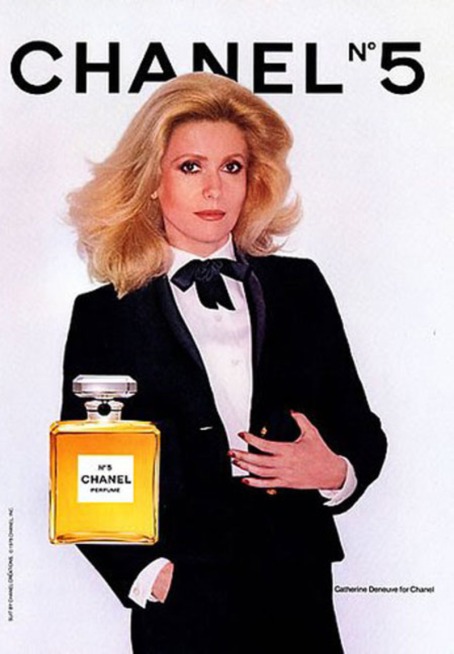 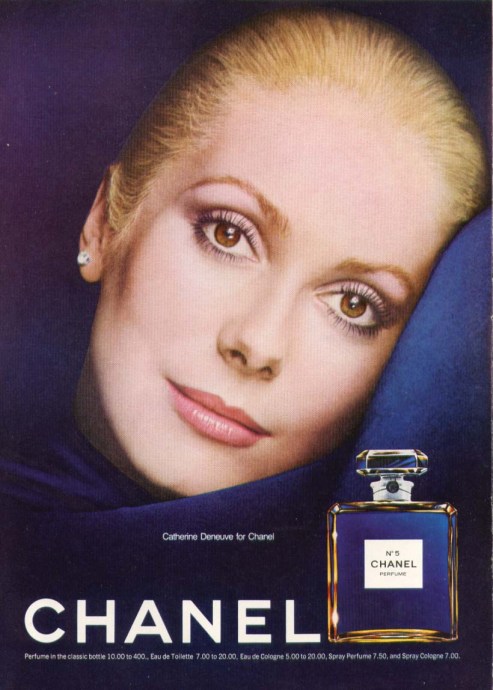 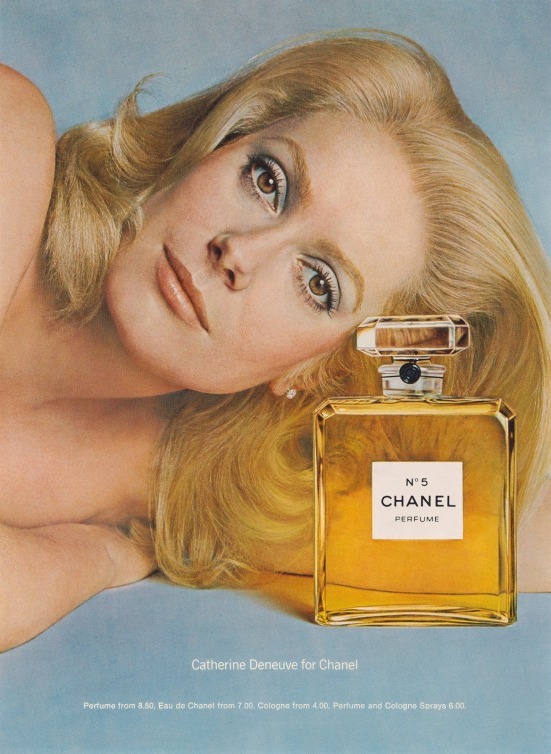 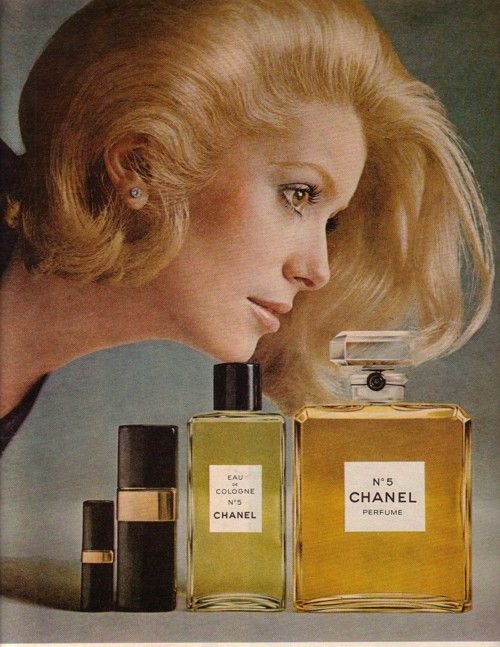 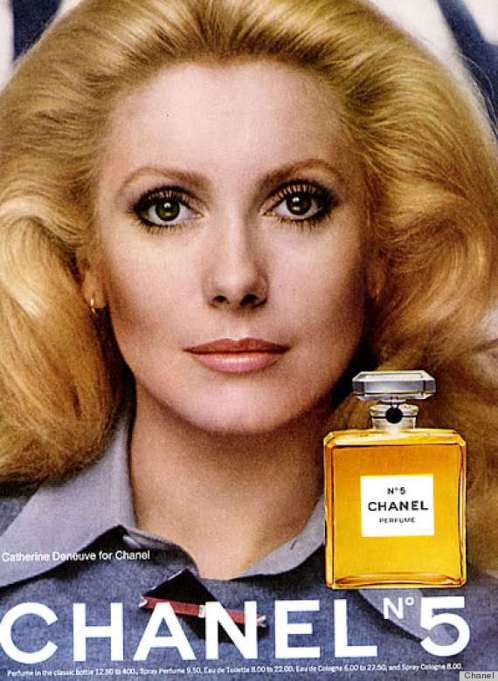 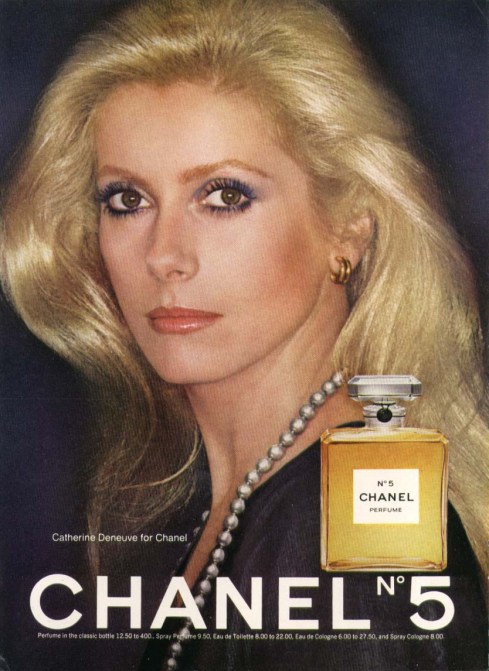 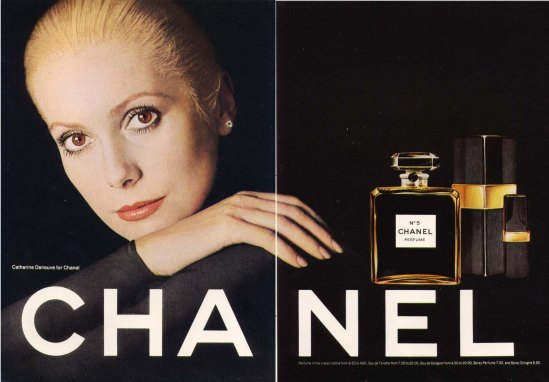 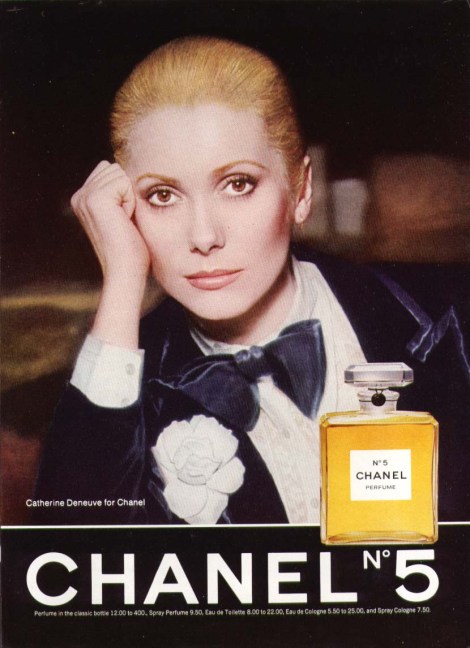 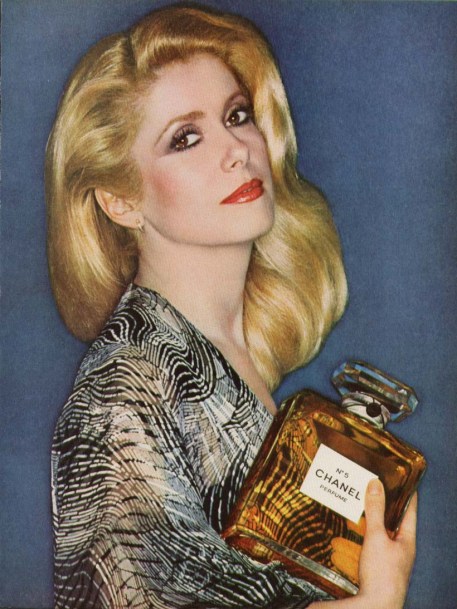 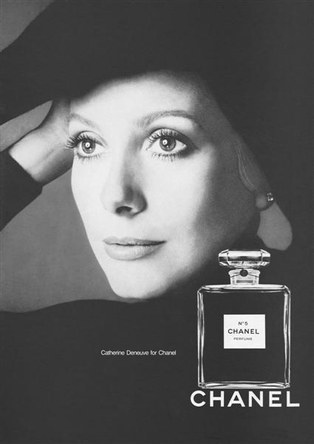 During the 1960s the ads had diminished the allure of Chanel No. 5, identifying it with a scent for sweet, proper co-eds whose style bibles were teen-age fashion magazines. In the 1970s the brand name needed re-vitalization. For the first time in its long history it ran the risk of being labeled as mass market and passé. The fragrance was removed from drug stores and similar outlets. Outside advertising agencies were dropped. The remaking was re-imagined by Jacques Helleu, the artistic director for “Parfums Chanel.” Helleu chose French actress Catherine Deneuve for the new face of Chanel. The print ads showcased the iconic sculpture of the bottle. Television commercials were inventive mini-films with production values of surreal fantasy and seduction. Directed by Ridley Scott in the 1970s and 1980s, they “played on the same visual imagery, with the same silhouette of the bottle,” Under Helleu’s control the vision to return Chanel to the days of movie glamour and sophistication was realized.

4 thoughts on “The Woman Who Revitalized Chanel No. 5”