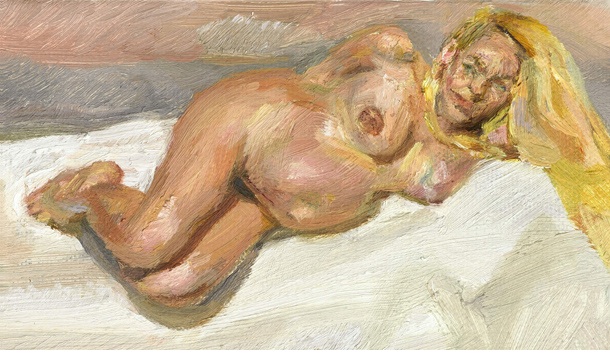 Jerry Hall said she was asked to pose for Lucian Freud after meeting the artist at a party.

“When I was eight months pregnant with Gabriel [her fourth child with Rolling Stones front-man Mick Jagger] I sat next to Lucian Freud at dinner.

“He asked if he could paint me and wanted me to start the next day. I was flattered to be asked in my condition to model for such a great artist.

“I accepted and posed three times a week until I went into labour.”