Born in Paris, 1979, Pascal Vilcollet studied graphic design and taught himself to paint at age 16. “Fortunately, there was not much to do in my suburb. I discovered very early, museum galleries; it is there that I knew I would be painting later”.

He paints mostly for his own satisfaction. Portrait is his favorite motif, “it can be my obsession”. He doesn’t look for creating an effect; he said he paints to lighten a weight. He’s not interested in realism, pure figuration or hyper realism, rather than the border between reality and abstraction.

He spoke about his icons, mostly characters he feels fascination for because he either admires them. Taking advantage of real graphic representations, he fragments them and then reconstructs them, giving us a new insight into a psychological portrait. Pascal Vilcollet’s brush is the dynamic extension of his body while he is in action. 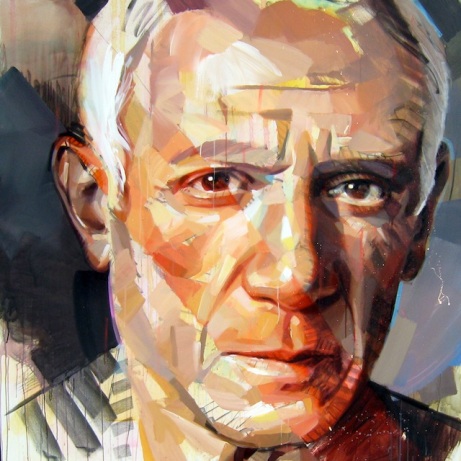 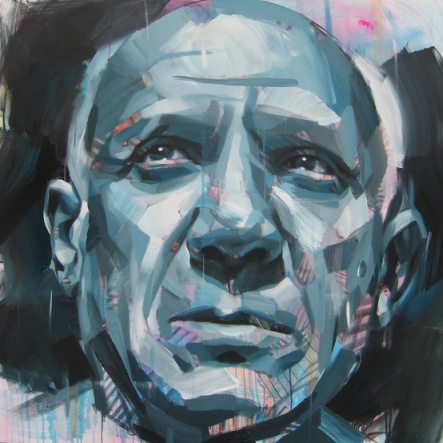 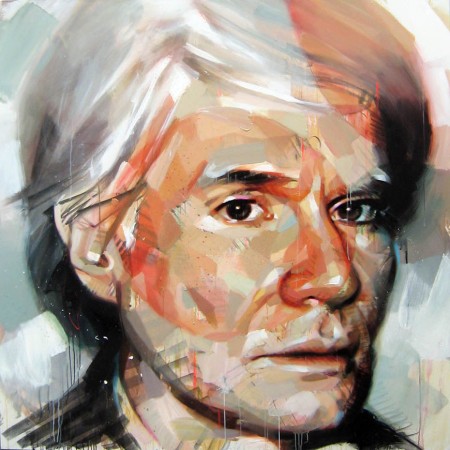 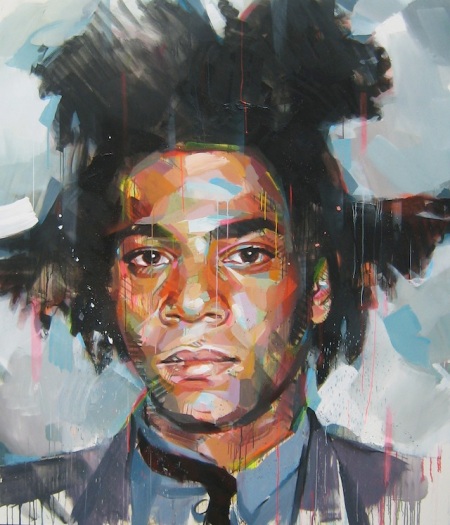 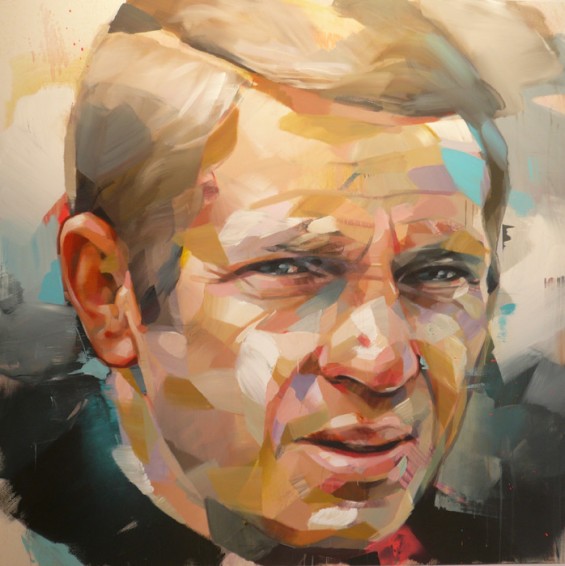 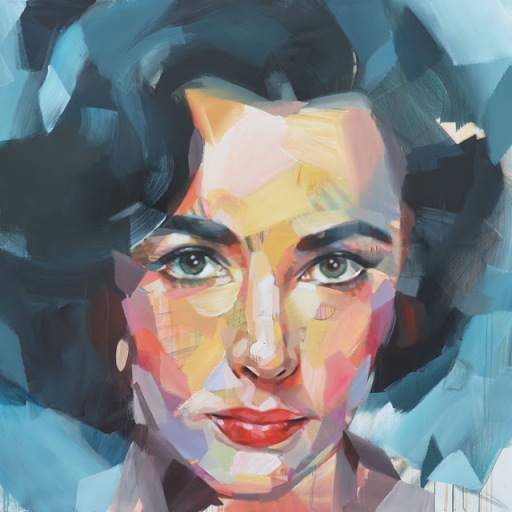 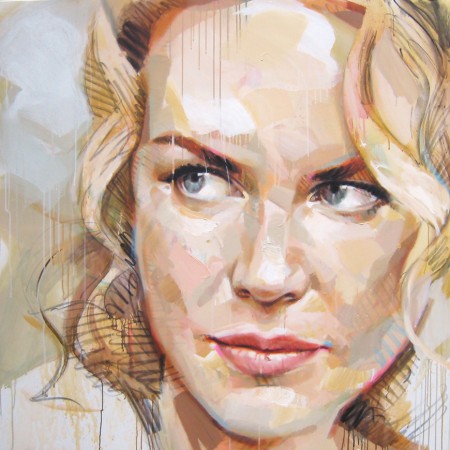 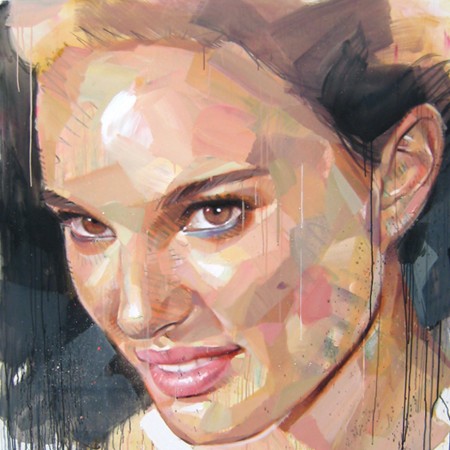