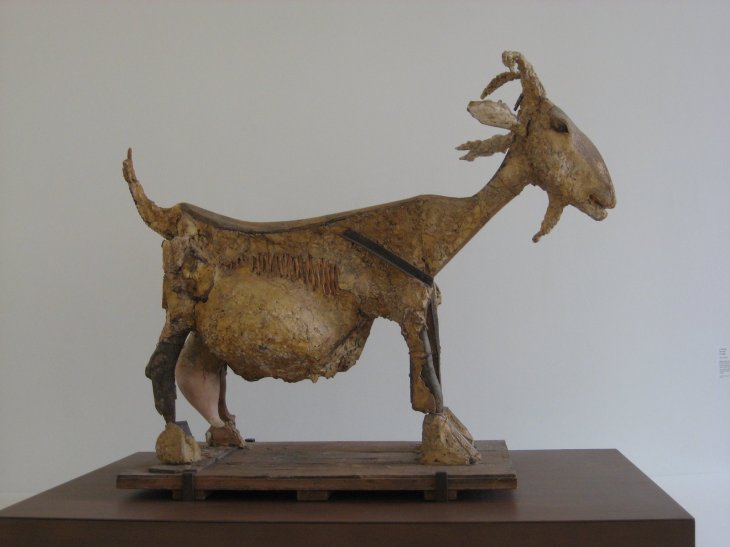 Pablo Picasso’s deepening interest in Classical imagery continued to make its presence felt in his sculpture as well as in his ceramic work. This massive life-size bronze is a wonderful assemblage of a wicker basket body, a palm leaf back, two ceramic flowerpots for the udder, and other metal elements, which was then cast. Apparently most of the objects were found in fields near Picasso’s Vallauris studio.

The goat motif, like the bull, has been deeply embedded in European art since Classical times. Here, Picasso’s goat is pregnant and is definitely a representation on his new, rising surge of optimism and love for life, following the war and his relationship with his young mistress, Françoise Gilot. Françoise had just given birth to their second child, Paloma (the Spanish word for “dove”), named after the Picasso poster, “Dove of Peace”, which appeared all around Paris in 1949 for the post-war Peace Congress. Thus, ancient themes of the ritual fertility and renewal of life, as in the featured series of plates (also decorated during this period) were regularly explored. 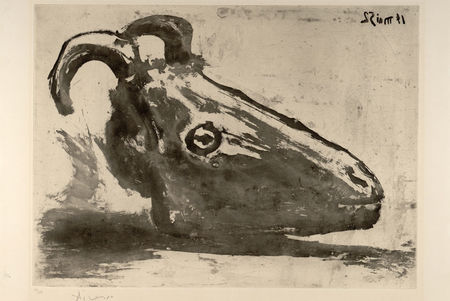